Agrivoltaics enables the dual use of arable land: Photovoltaic modules, which are mounted on a structure, generate renewable electricity and underneath agricultural crops grow. The approach increases land efficiency and could mitigate conflicts over the use of arable land in the future. A new guideline provides up-to-date information on the technology, its potential and the current state of development. The aim is to provide farmers, municipalities and companies with practical advice on how to use agrivoltaics.

The guidelines, published by the Fraunhofer Institute for Solar Energy Systems ISE, also give suggestions on how to adapt the existing legal framework to include this new technology. Fraunhofer ISE was the first to comprehensively test the agrivoltaics technology in Germany. The publication comprises 56 pages, is free of charge and is now available online for download in German and English.

Agrivoltaics brings solar power generation and agriculture under one roof. On the same piece of land, solar energy as well as food and feed crops can be harvested at the same time. "This reduces competition for arable land and contributes to more efficient land use," says Max Trommsdorff, Group Head of Agrivoltaics at Fraunhofer ISE. "In addition, agrivoltaics offers advantages such as protection against hail, frost and drought damage, eliminating the need for protective foils and other materials. Also, a reduction in wind load and solar radiation underneath the PV modules can help to decrease water consumption in agriculture." For some crop types, the elevated PV mounting structure can even lead to an increase in yield, as shown by research projects such as APV-RESOLA. Besides this, solar power generation creates a stable source of additional income for farms, providing many with better resilience to crop failure.

Chances for Agriculture and the Energy Transition

Of all PV applications, the agrivoltaic technology shows particularly high potential and it offers great opportunities. About four percent of Germany's arable land area would be sufficient for Germany to meet its current electricity demand on the balance sheet. This is equivalent to ca. 500 gigawatts of installed PV capacity. In the meantime, even the costs are decidedly positive. With electricity generation costs between seven and twelve cents per kilowatt hour, agrivoltaics is already cost-effective today.

The guideline describes the international development of the still young technology in the USA, France or Chile, for example, and gives examples of successful applications. It also points out obstacles to the use of agrivoltaics in Germany: For example, under the Renewable Energy Sources Act (EEG), most agrivoltaics systems currently do not receive cost-covering feed-in tariffs, and the agricultural use of the land is excluded from EU agricultural subsidies. Also, the building code does not privilege land-neutral agrivoltaics. All these inhibit the use of the technology.

To address the barriers, the authors of the guide propose changes to better embed Agri-PV in the regulatory framework. The agrivoltaics guide also highlights early participation of local citizens as a critical success criterion. "With the proposed measures, the enormous potential of agrivoltaics could be tapped in a promising way," says Max Trommsdorff with certainty. "For the climate and for agriculture, that would be very good news.”

Knowledge from research and practice

The guidelines were a concerted effort. Contributing authors are from the research institutes of Fraunhofer ISE and Karlsruhe Institute of Technology KIT, the University of Hohenheim, the Weihenstephan-Triesdorf University of Applied Sciences, the company BayWa r.e. and the law firm Becker Büttner Held Rechtsanwälte (BBH). The Federal Minister of Education and Research Anja Karliczek and the Federal Minister of Food and Agriculture Julia Klöckner wrote the foreword, in which they praise Agri-PV as an important instrument for achieving energy and climate policy goals - to which the agricultural sector is also committed. 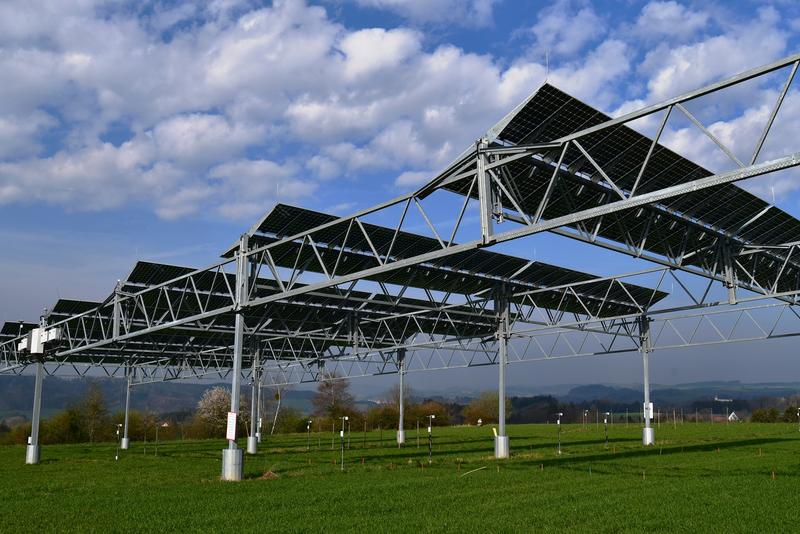 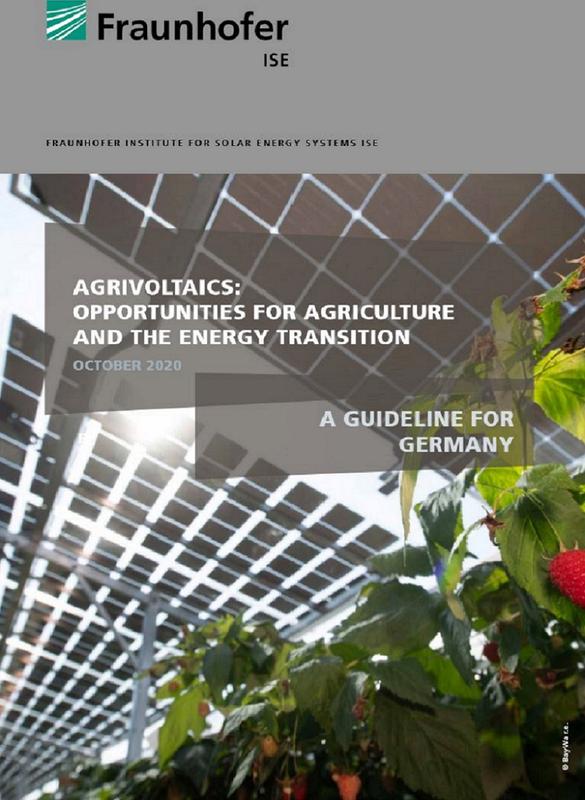