So far, quantum computers have been one-of-a-kind devices that fill entire laboratories. Now, physicists at the University of Innsbruck have built a prototype of an ion trap quantum computer that can be used in industry. It fits into two 19-inch server racks like those found in data centers throughout the world. The compact, self-sustained device demonstrates how this technology will soon be more accessible.

Over the past three decades, fundamental groundwork for building quantum computers has been pioneered at the University of Innsbruck, Austria. As part of the EU Flagship Quantum Technologies, researchers at the Department of Experimental Physics in Innsbruck have now built a demonstrator for a compact ion trap quantum computer. "Our quantum computing experiments usually fill 30- to 50-square-meter laboratories," says Thomas Monz of the University of Innsbruck. "We were now looking to fit the technologies developed here in Innsbruck into the smallest possible space while meeting standards commonly used in industry." The new device aims to show that quantum computers will soon be ready for use in data centers. “We were able to show that compactness does not have to come at the expense of functionality,” adds Christian Marciniak from the Innsbruck team.
The individual building blocks of the world's first compact quantum computer had to be significantly reduced in size. For example, the centerpiece of the quantum computer, the ion trap installed in a vacuum chamber, takes up only a fraction of the space previously required. It was provided to the researchers by Alpine Quantum Technologies (AQT), a spin-off of the University of Innsbruck and the Austrian Academy of Sciences which aims to build a commercial quantum computer. Other components were contributed by the Fraunhofer Institute for Applied Optics and Precision Engineering in Jena and laser specialist TOPTICA Photonics in Munich, Germany.

Up to 50 quantum bits

The compact quantum computer can be operated autonomously and will soon be programmable online. A particular challenge was to ensure the stability of the quantum computer. Quantum devices are very sensitive and in the laboratory they are protected from external disturbances with the help of elaborate measures. Amazingly, the Innsbruck team succeeded in applying this quality standard to the compact device as well, thus ensuring safe and uninterrupted operation.
In addition to stability, a decisive factor for the industrial use of a quantum computer is the number of available quantum bits. Thus, in its recent funding campaign, the German government has set the goal of initially building demonstration quantum computers that have 24 fully functional qubits. The Innsbruck quantum physicists have already achieved this goal. They were able to individually control and successfully entangle up to 24 ions with the new device. “By next year, we want to be able to provide a device with up to 50 individually controllable quantum bits,” says Thomas Monz, already looking to the future.

The project is financially supported by the Austrian Science Fund FWF, the Research Funding Agency FFG, the European Union, and the Federation of Austrian Industries Tyrol, among others.

<
The centerpiece of the quantum computer: the ion trap in a vacuum chamber. 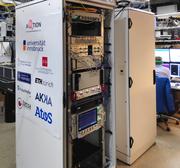 The centerpiece of the quantum computer: the ion trap in a vacuum chamber. 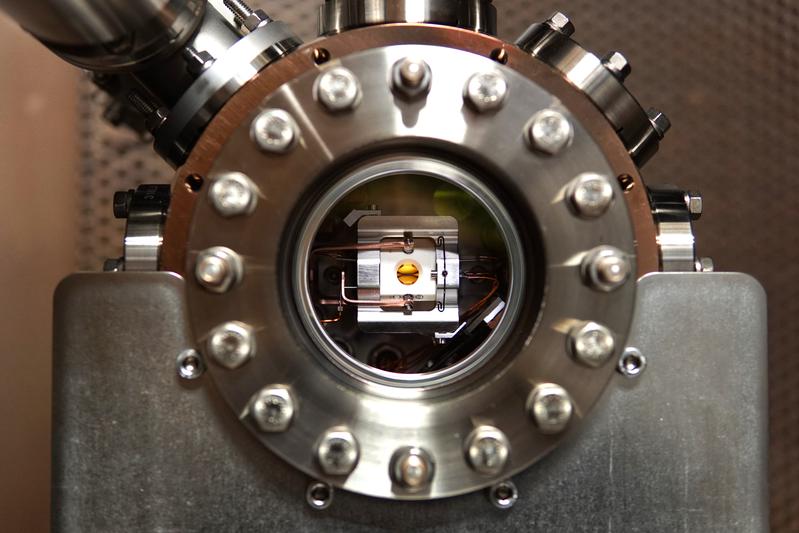 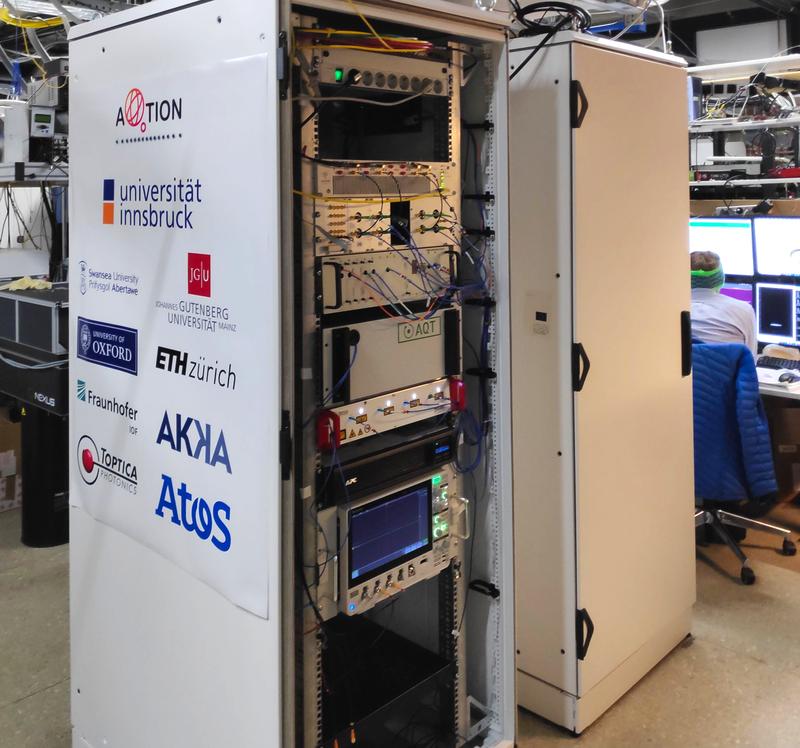