Volkswagen Foundation to provide some EUR 1 million to finance research focusing on membraneless organelles under the aegis of its "Life?" funding initiative

As part of its "Life?" project, the Volkswagen Foundation is funding a research project that is placing membraneless organelles within cells in the spotlight as a way of understanding the fundamental processes that are essential to life. Professor Edward Lemke will be receiving roughly EUR 1 million in financing over the next five years to support his work in this field. Together with his research team, Lemke recently demonstrated that it is possible to design a membraneless organelle that can assume completely new functions within a cell. The biophysical chemist is Professor of Synthetic Biophysics at Johannes Gutenberg University Mainz (JGU) and Adjunct Director at the Institute of Molecular Biology (IMB) in Mainz.

Organelles in a living cell are capable of producing artificial proteins

The evolution of complex life forms was given a major boost when cells began to develop internal organelles. Organelles are compartmentalized areas within cells that perform specific tasks. Among these, for example, are the mitochondria that generate energy, the cell nucleus that stores the genetic material, and – in the case of plants – the chloroplasts that are responsible for photosynthesis. Some organelles are enclosed by membranes such, as the cell nucleus has the nuclear membrane, while others are membraneless. "It would be difficult to engineer an artificial organelle with a membrane because then you would also have to create a system for the efficient transport of molecules through this membrane," said Professor Edward Lemke. However, he and his team have managed to construct entirely novel membraneless organelles within a living cell. This cell then possesses multiple genetic codes.

These new organelles are able to incorporate synthetic amino acids in proteins, resulting in proteins with innovative engineered functions that can be employed in a range of applications in the fields of biotechnology, material science, and biomedicine. It would, by way of example, be conceivable to integrate fluorescent components that would make it possible to actually view the interior of the cell in question using imaging techniques or even to generate antibody drugs for targeted cancer therapy.

Idea of constructing a membraneless organelle is key

"Our breakthrough is based on rejecting the idea that it is necessary for an organelle in a cell to have a membrane or similar form of enclosing structure to have the potential to assume certain functions," Lemke pointed out. "By way of this simple but very compelling concept, we now have discovered a remarkable way of reproducing all other major cellular processes." In line with the researchers' expectations, it turned out they were indeed able to create an individually adaptable, cellular system that operated in parallel with the other functions of the cell. Their objective now is to cultivate a new kind of cell within a living cell – organelle by organelle and function by function. "Thanks to this fresh approach, we should be able, little by little, to observe and investigate the origin of eukaryotic life and the aging of eukaryotes."

The research project entitled "De novo organism design from membraneless orthogonal central dogma organelles" is being financed by the Volkswagen Foundation through the final funding round of its "Life? – A Fresh Scientific Approach to the Basic Principles of Life" initiative. The purpose of this funding initiative is to promote research investigating the principles of life at the interface between the natural and the life sciences.

Edward Lemke is Professor of Synthetic Biophysics at Johannes Gutenberg University Mainz as well as Adjunct Director at the Institute of Molecular Biology (IMB). He also coordinates the DFG Priority Program on "Molecular Mechanisms of Functional Phase Separation". He was awarded an ERC Advanced Grant worth EUR 2.5 million in 2020 in support of his research.

Image:
https://www.uni-mainz.de/presse/aktuell/10_IMP_biophysik_organellenkonstruktion_...
Artificial organelles within a cell can be constructed to assume certain functions, such as protein synthesis. Thus, it has become practicable to assemble a system that can undertake essential cellular functions.
Ill./©: Nike Heinss 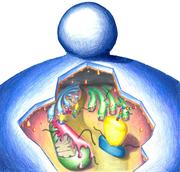 <
Artificial organelles within a cell can be constructed to assume certain functions, such as protein ...
(Ill./©: Nike Heinss)

Artificial organelles within a cell can be constructed to assume certain functions, such as protein synthesis. Thus, it has become practicable to assemble a system that can undertake essential cellular functions. 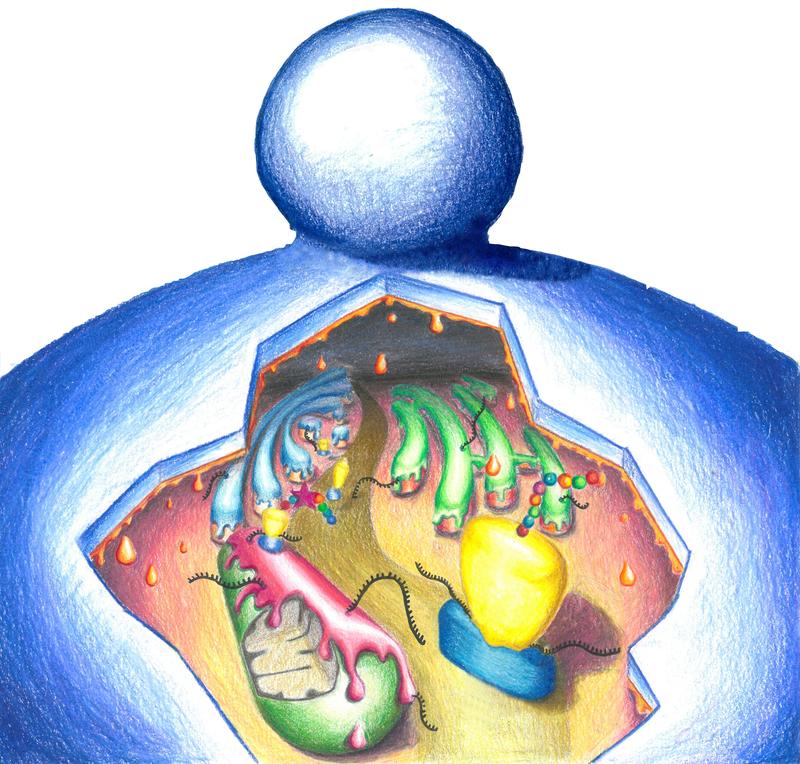