Cells as a model for fluid cybernetic systems

The COgITOR project is being funded by the EU with about 3.5 million Euros for the next four years. Coordinated by the Italian Institute of Technology (IIT) in Genoa and with the participation of Empa scientists, COgITOR aims to develop a spherical, liquid cybernetic system that can be used in extreme environments or on other planets.

As part of the COgITOR project, researchers want to develop a new concept for an artificial cybernetic system that derives its name from Rene Descartes' maxim "Cogito, ergo sum". It draws inspiration from new trends in robotics that aim to reduce, if not eliminate, the mechanical rigidity of systems. The goal is to create a fluid cybernetic system inspired by biological cells, suitable for exploring extreme environments such as the ocean floor or places with strong magnetic fields, but also for exploring other planets. It will be spherical, covered by a sensitive skin – akin to a touch screen – that will allow it to adapt its shape to the environment, similar to an amoeba, and equipped with a power generation system based on thermal gradients.

COgITOR is a project funded by the EU under the Horizon2020 program for the next four years with approximately 3.5 million euros. It is being designed and coordinated by IIT researcher Alessandro Chiolerio, who has already worked at the Max Planck Institute for Microstructure Physics in Germany and at NASA's Jet Propulsion Laboratory. In addition to the team of Empa researcher Artur Braun, the consortium also includes Andrew Adamatzky from the University of Bristol, Carsten Jost from the Berlin-based company Plasmachem GmbH and Chiara Zocchi from Ciaotech Srl in Milan.

A cybernetic system is by definition a system of rules that govern the interactions between a single subject and its external environment. The model used by the COgITOR researchers is a living cell, that is, a system surrounded by a membrane, filled with liquid and tiny organelles that perform specific functions, and at the center of which is a nucleus. The COgITOR system consists of concentric spheres containing fluids enriched with nanoparticles, with a silicon chip in the center. "Our goal is to develop a first prototype for an autonomous liquid cybernetic system that can be used in the future as an intelligent, active probe in extreme environments," explains Alessandro Chiolerio. "This will allow us to take another step towards new frontiers in their exploration."

This small spherical and soft robot, the size of a tennis ball, should ideally manage without an (external) energy supply. Instead, it should draw the electrical energy required for its operation from ambient heat (a concept known as energy harvesting"). In principle, it should then be able to operate even in places without sunlight. The Empa team led by Artur Braun is to develop ceramic magnetofluid materials that can accomplish this energy conversion – in the form of a thin surface segment on the outside of the sphere. This should be able to generate a few nanowatts of electrical power, just enough to maintain the basic functions of the microchip inside the sphere. However, at least for the initial experiments, an external power supply should also be available.

To manufacture the COgITOR system, the researchers plan to develop a polymer that can repair itself if damaged. Inside, ferroelectric nanoparticles will be used that respond to an electric field using electrodes on the inside of the sphere and can arrange themselves in coordinated shapes like a crystal. This configuration can be activated or deactivated by turning the electric field on or off; this creates a composition of schemes that can encode information.

"We will have to invent a new programming language for our system, which in technical jargon is called unconventional computing. We will not be able to use binary logic, but will have to rely on a radically innovative holographic logic," Chiolerio explains. "Our goal for the prototype is a reduced memory capacity equivalent to one character (8 bits). However, for the future, we are aiming for a system that offers higher performance than current traditional systems." It is this advancement in unconventional computing that particularly enthuses Empa scientist Braun. "This is an area we have been working on with our partners for a number of years." 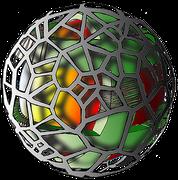 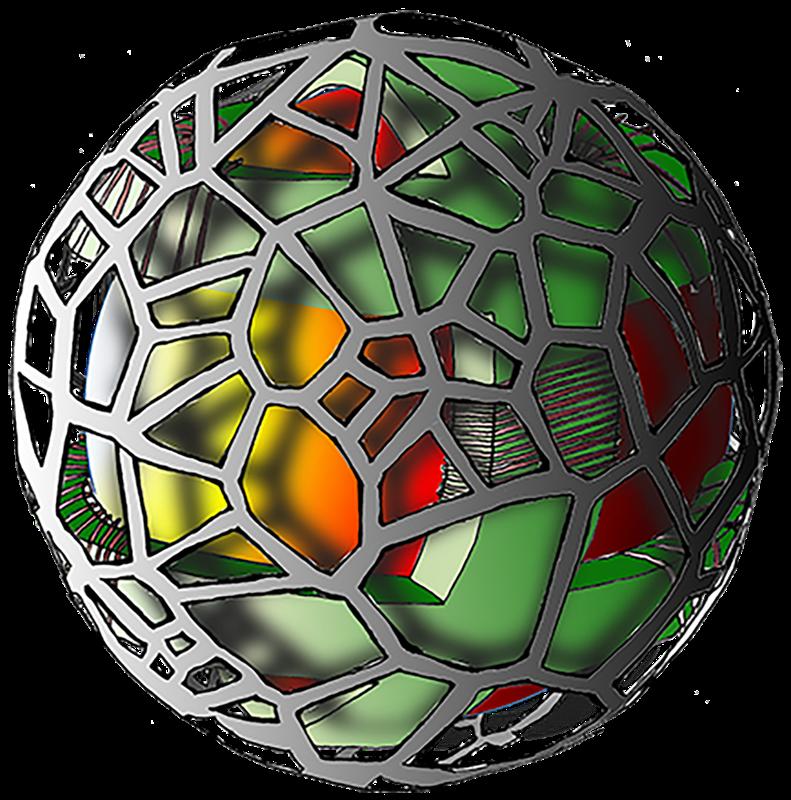