Theoreticians at the MPSD predict that a unique laser source could produce highly controllable electric currents in any bulk material. The team’s work, now published in PRL, yields new insights for the development of ultrafast opto-electronic devices, for more efficient photovoltaics, and for the study of electron behavior in solids.

The team focused on an intense laser beam comprised of only low-energy photons, which incorporates two circularly-polarized carrier frequencies (a bi-chromatic beam). The polarization of the electromagnetic field of this beam plots a distinct shape in space and time: The combination of the two colors leads to a double-loop motion that pushes electrons in the solid in various directions. Together with the intense beam, the double-loop laser light produces a radical effect: many photons are simultaneously absorbed, exciting the electrons to produce a current.

“Normally, low-energy photons are not absorbed by the material,” says lead author Ofer Neufeld, a Humboldt Fellow in the MPSD Theory Department. “In this case, we overcome this by having a very intense laser beam with many photons in it, which allows for several photons to combine and be absorbed together to generate a photocurrent.” Moreover, the low-energy photons produce comparatively little heating in the material, making this a highly efficient conversion process.

Intriguingly, the team predicts that the photocurrent always emerges at a 90 degree angle to the laser, making its direction and amplitude highly controllable. However, this only works up to a certain point: “At very intense beam powers, spontaneous symmetry breaking occurs and the current direction can no longer be predicted,“ says Neufeld. “This is accompanied by interesting effects such as induced interactions between electrons and sensitivity to the carrier phase of the photons. We hope that by measuring the generated currents, we can also gain new insights into the fundamental processes that happen on timescales of less than a femtosecond – a millionth of a billionth of a second.“

Using the new approach, photocurrents can be generated in a wide range of two- and three-dimensional materials, according to the researchers - from gapped insulators like diamond and silicon to graphene and other semi-metals. In the long run, the team’s findings could contribute to the development of superfast, light-controlled electronic switches – the realm of petahertz electronics, where electronic motion need to be controlled both in time and space. 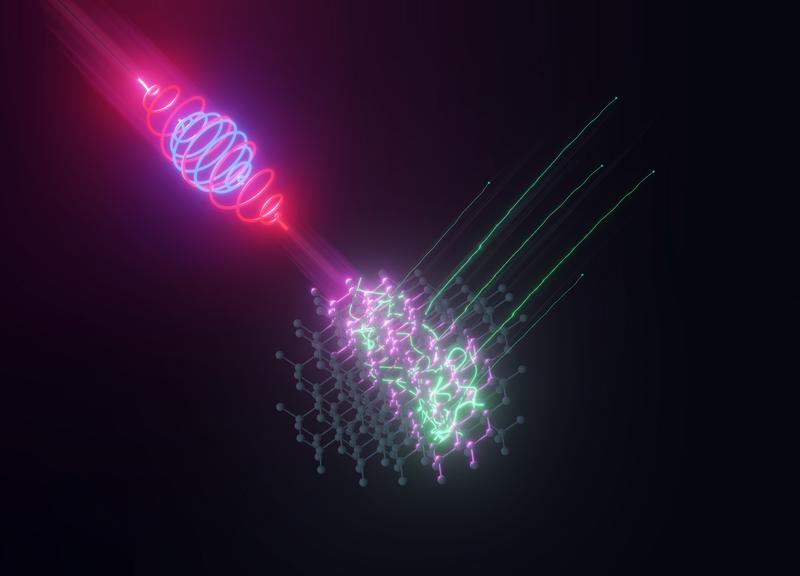