The independent university ranking U-Multirank, which was initiated by the European Commission, compares the performance of universities in five areas: teaching and learning, research, knowledge transfer, international orientation and regional engagement. It is represented by individual scores ranging from "A" (very good) to "E" (weak). Jacobs University scored top marks in numerous categories. Its scores were particularly impressive for the international orientation of its study programs and teaching staff. Here, the university – where around 1,500 students from more than 110 nations live, learn, and do research together – received top marks no less than five times in six subcategories.

U-Multirank also awarded several "very good" ratings in other areas, such as knowledge transfer and research at Jacobs University. A positive mention was also made for "gender balance", a new indicator in the ranking that evaluates equal opportunities between women and men in the transition from bachelor/master studies to doctoral studies.

Overall, U-Multirank 2021 ranked only 15 German universities and colleges with scores in the top group (A grades) in more than ten indicators. The German universities with the most A grades are:
• Technical University Munich (14 A grades)
• Jacobs University Bremen (13 A grades)
• Kühne Logistics University, WHU – Otto Beisheim School of Management, Frankfurt School of Finance & Management, and the Karlsruhe Institute of Technology (KIT) (12 A grades each).

"I am particularly pleased that we have again performed excellently across a very broad spectrum of areas and have achieved an outstanding second place in a Germany-wide comparison," said Professor Thomas Auf der Heyde, Provost and Managing Director at Jacobs University. "Clearly, students at Jacobs University receive an outstanding education at a top international level."

U-Multirank in the subject of Psychology
U-Multirank not only examines the performance of the university as a whole, but also evaluates individual subjects, particularly this year the subject of Psychology. The bachelor and master programs at Jacobs University received top scores not only for their international orientation, but also for their integration into the region, where many of the students complete internships and get involved.

U-Multirank awarded a "very good" for the amount of external research income acquired by the scientists, which in turn is evidence of the discipline’s strength in research. The same grade was given for the interdisciplinary nature of the publications. In the category of knowledge transfer, for example, the publications carried out jointly with industrial partners were awarded the highest grade.

U-Multirank is one of the largest and most comprehensive rankings in the world. It allows users to create their own personalized ranking based on individual performance indicators.
U-Multirank was launched in 2008 at a conference held by the European Commission during the French presidency of the European Council. Since 2017, it has been funded by the Bertelsmann Foundation, the European Union's Erasmus+ program and the Santander Group. U-Multirank was developed and implemented by an independent consortium led by the Center for Higher Education (CHE) in Germany.

<
In the current U-Multirank 2021, Jacobs University is particularly convincing due to the internation ... 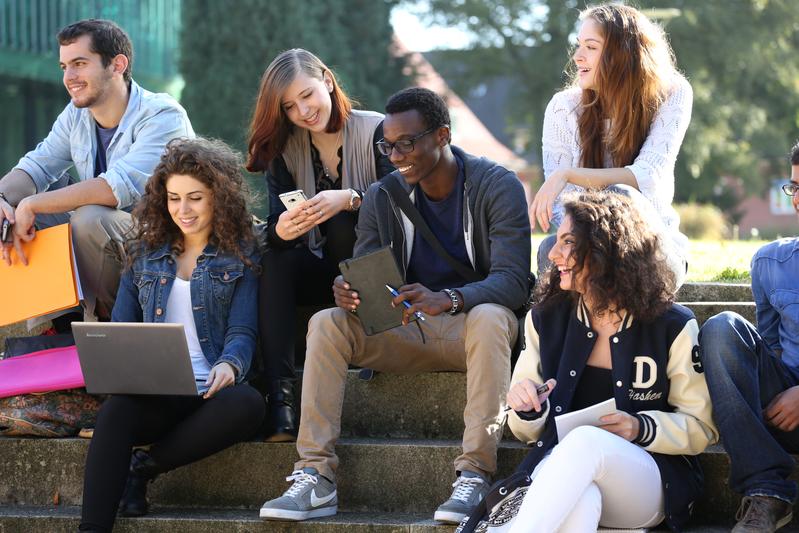