After researching the impacts of the 18th century Laki eruption in Iceland on the Northern Hemisphere, Dr. Katrin Kleemann has moved from fire to water with her current project at the German Maritime Museum (DSM) / Leibniz Institute for Maritime History, which focuses on the sea: Kleemann is unraveling the history of the German Maritime Observatory for the first time.

A frantically flashing cell phone filled to the brim with messages woke Katrin Kleemann on January 15, 2022: An underwater volcano erupted in the Kingdom of Tonga, spewing clouds of ash into the sky, and sending a tsunami rolling over the archipelago and beyond, together with a pressure wave that could be measured worldwide on barometers. For the environmental historian, who has been working as a postdoctoral researcher at the DSM since August 2021, this is a big deal: "The sulfur gases ejected into the atmosphere during an eruption can affect the climate. The eruption of the Icelandic Laki Fissure from June 8, 1783, to February 7, 1784, was followed by very cold winters across Europe in the following years," says the 33-year-old, whose doctoral dissertation charts the story of the eruption in Iceland and details its consequences for the Northern Hemisphere. To do so, she drew on the weather diaries of British naturalist Gilbert White, among others, who found figurative language for the cold at the end of the 18th century: He wrote of frozen chamber pots and thermometers in which the mercury had retreated all the way down to the bulb.

"Word of the volcanic eruption did not reach Copenhagen until three months later - by ship. That was the only way to spread news back then," says the native of Schleswig-Holstein, who studied in Kiel, Berlin, and Munich. Her new project for the DSM focuses on the sea, more specifically, the German Maritime Observatory (Deutsche Seewarte). The institute had its headquarters in Hamburg from 1875 to 1945; it collected and processed weather data and used instruments to measure maritime meteorology and to explore the oceans. Little is known about the history of the German Maritime Observatory, which is considered the predecessor of the Federal Maritime and Hydrographic Agency and the German Weather Service. Kleemann is reconstructing it and is pleased that she can draw on various sources at the DSM. "For this project, the DSM is the perfect home." The Maritime Observatory used the logbooks of ships arriving in Hamburg from all over the world. Based on these, it produced weather charts and sailing instructions that could shorten passages across the oceans by several days and make shipping safer. The institute prepared important knowledge for shipping and oceanography and was involved in many expeditions. "For me as a historian, it is also exciting to see how the institute worked in the time of the Empire, the Weimar Republic and the Nazi era, and what impact the loss of the German colonies had, as these were the locations of many of their weather stations."

Nothing can be seen of the Seewarte building in Hamburg today; it was destroyed in World War II. Traces of its work, however, continue to appear around the world: The father of the Seewarte, polar explorer and geophysicist Georg Balthasar von Neumayer, sent out thousands of messages in bottles in the 19th century to measure ocean currents; many were simply lost. "In 2018, an Australian happened to stumble across one on the beach near Perth." Kleemann wants to tell the story of the German Maritime Observatory through exhibits. At the DSM, she already has her eye on a few objects that could be useful, like the two tide computers.

As soon as another volcano begins to rumble, the researcher naturally looks at her volcano app and seeks contact with colleagues - she doesn't want to leave the hitherto male domain just yet: "I belong to a group in which international scientists exchange information on volcanic eruptions and their consequences. So far, there are very few female historians involved." 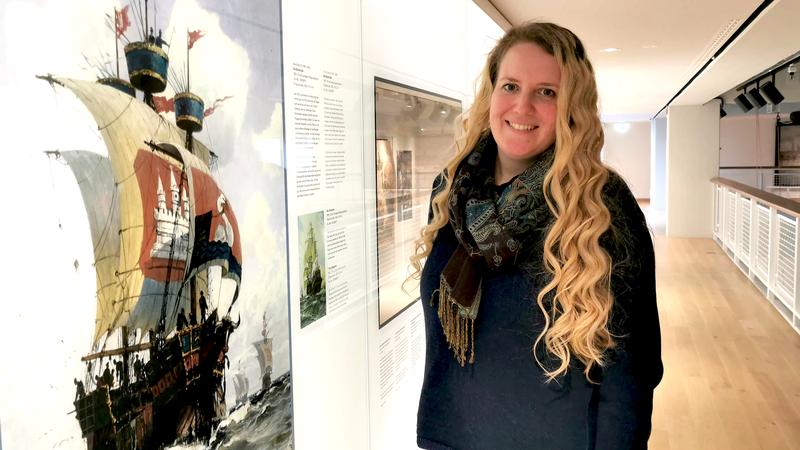