Home > Press release: First Light for SUNRISE III at the ...

First Light for SUNRISE III at the Arctic Circle

The balloon-borne 1m solar telescope SUNRISE III has reached an important milestone: First light at the launch site in Sweden for the telescope and the various instruments and the new image stabilization developed by the Leibniz Institute for Solar Physics (KIS) in Freiburg.

In June, the 1m Sunrise telescope will lift off from Esrange Space Center, the balloon and rocket base of the Swedish Space Agency (SSC) in Kiruna (Sweden), and for the third time fly west along the Arctic Circle in the stratosphere at an altitude of about 35 kilometers. During several days of flight, it will obtain unique observational data of the sun.

The aim of the Sunrise III mission is to study the outer atmosphere of the Sun with a range of new instruments. In the meantime, until launch, the technical and scientific teams from Germa-ny, Spain, Japan and the USA are preparing all the systems and the scientific instruments for their mission. The KIS scientists and engineers in Kiruna provide extensive support during launch preparations and during the flight.

As with the already very successful flights of SUNRISE I and II in 2009 and 2013, the KIS will again provide the image stabilization and autofocus unit (correlating wavefront sensor, CWS). Technological advances allowed the KIS team, led by project scientist Dr. Thomas Berkefeld, extensive improvements with a new optical and electronic structure of the image stabilization. A two-stage system is used to reduce the typical nacelle swinging of one degree to an acceptable residual vibration of 0.005 arcseconds (factor 700,000): coarse image stabilization is performed by the gondola supplied by the Johns Hopkins Applied Physics Laboratory, USA, fine stabiliza-tion is performed by a system developed by the KIS consisting of a very fast camera, control computer and tilting mirror, which corrects image shaking 8000 times per second. A residual image shake of 0.005 arcseconds would allow a shooter to hit a 1cm target at a distance of 400km.

The scientific instruments have also been improved and supplemented: On board are a spectro-polarimeter for the ultraviolet (Max Planck Institute for Solar System Research, Göttingen), the visible (Spanish consortium) and for the near infrared (National Astronomical Observatory of Japan) wavelength range of the light, with which the different layers of the solar chromosphere and its magnetic field can be examined at a high temporal cadence and with maximum image sharpness.

Flying north of the Arctic Circle in summer allows uninterrupted observations for 24 hours a day (midnight sun). It is planned to carry out coordinated simultaneous observations with other ground-based and space telescopes, including the 1.5m solar telescope GREGOR of the KIS on Tenerife, and thus scientifically supplement the observations of SUNRISE III.

Since at a flight altitude of 35km there are almost no more atmospheric disturbances such as air turbulence, SUNRISE III will have optimal image quality. The so-called spatial resolution is so high that a pair of car headlights would be perceived as separate from a distance of 5000km. Because the ozone layer is mostly below 35km, SUNRISE can also observe in the ultraviolet wavelength range, which is otherwise only possible from space with much smaller and more expensive solar telescopes. 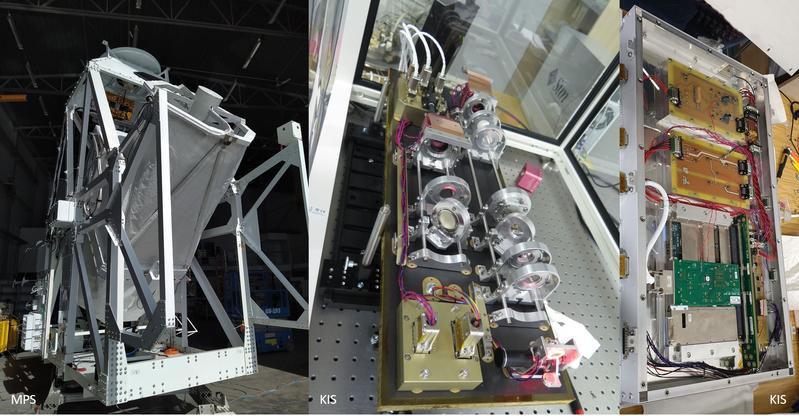