In engineering, simulations generate a lot of data. Artificial intelligence can use this data to predict various variables. A team of founders at the Technische Universität Kaiserslautern (TUK) is working on a process that will enable such data analysis to run automatically in the future. Artificial intelligence and machine learning methods are being used. The technology is of interest to the construction, automotive and aviation industries, for example. The team will be presenting its technology at the Hannover Messe in the Young Tech Enterprise Area (Hall 3, Stand A 20/B 08) from June 1 to 2.

A projectile in a catapult flies a certain distance depending on its own weight and a counterweight. Such a process can be simulated in models, since the physical relationships are known. Similar simulation programs are used in many engineering activities today. "A lot of data is generated. Often, new questions arise," says Max Kassera, a graduate of the TU Kaiserslautern.

In the simple case of the catapult, these would be, for example, the following: Is it possible to tell from the counterweight and time at what point in its trajectory the projectile is? What counterweight do I need for the projectile to reach a certain height, distance or speed? When modeling such relationships, the term regression function or prediction function is also used. "With the help of the existing data, new questions can be answered, i.e. other variables," explains Kassera, who studied mechanical engineering with business administration at TUK.

During an internship, the young man dealt with such functions in data analysis. Since such programming work takes a lot of time, Kassera came up with the idea of developing a program to automate such frequently occurring processes. In the meantime, the founder is supported by Joëlle Krieg. The young woman also studied at the TU Kaiserslautern. In her bachelor's degree in computer science, she focused on artificial intelligence.

They have named the project "Engineering Data Processor" (EDP) and is in the process of being founded with yasAI UG. They are currently developing their technology so that the system can automatically answer such questions as mentioned above. "In a way, it thinks automatically," he continues. The technology uses methods from artificial intelligence and machine learning. The software is about to be launched on the market.

The technology is of interest in various areas. For example, it can help to better estimate changes in construction projects. But the same applies to projects in the automotive or aerospace industries.

The German Federal Ministry for Economic Affairs and Climate Action is currently supporting the project with an EXIST start-up grant. Here, the founding team has twelve months to bring their idea to market maturity, to develop a business plan and to prepare the company foundation. They were supported by the start-up office of the TU Kaiserslautern and Kaiserslautern University of Applied Sciences as well as by Professor Dr. Martin Böhle at the Chair of Fluid Mechanics and Fluid Machinery.

The founding team will present its software at the Hannover Messe.

+++
The appearance of the Kaiserslautern start-ups is coordinated and organized by the project "IDEENWALD-Ökosystem" of the TU Kaiserslautern and the Kaiserslautern University of Applied Sciences. The goal of the project is, among other things, to create a close-knit network of people interested in founding a company, start-ups and established companies, as well as to provide meeting places, workshops and creative spaces. In addition, there are various seminars and workshops for interested parties, such as summer camps, which focus on the methods that can be used to turn one's own ideas into reality. In addition, startup ambassadors help spread the startup spirit on campus. The German Federal Ministry of Economics and Climate Protection is funding the project for four years with two million euros.
Contact persons at the fair are: Bernhard Lorig (0631 205-2833; lorig(at)gruendungsbuero.info) and Nina Bernhart (0631 205-5178; bernhart(at)gruendungsbuero.info).

Klaus Dosch from the Department of Technology and Innovation at the TU Kaiserslautern is also the contact person for companies and arranges contacts to science, among other things.
Contact: Klaus Dosch, E-Mail: dosch(at)rti.uni-kl.de, Tel.: 0631 205-3001 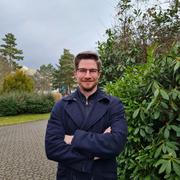 <
Max Kassera will present the softoware at the Hannover Messe. Credit: Sofia Delgado

Max Kassera will present the softoware at the Hannover Messe. Credit: Sofia Delgado 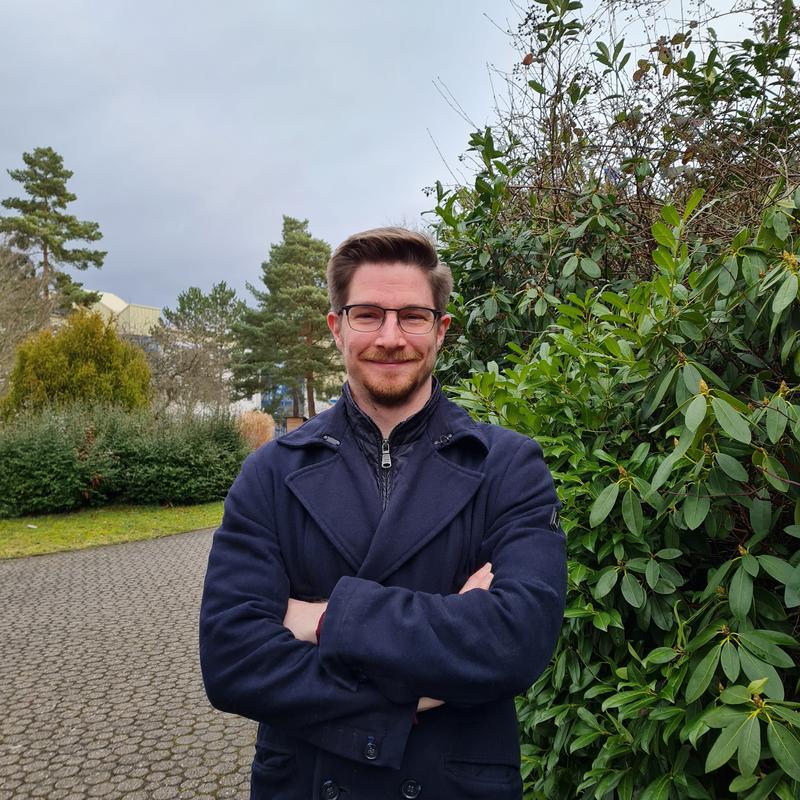