Home > Press release: New study on the acclimation capacity of ...

A new study from the Leibniz Centre for Tropical Marine Research (ZMT) uses a model and field data to calculate the extent to which large reefs like the Great Barrier Reef off the coast of Australia will be able to acclimate to ocean warming in the long term.

Many stony corals live in a symbiotic relationship with unicellular algae, which is the basis for the formation of large coral reef ecosystems. It is the photosynthetic products of the algae that provide the coral polyps with the energy they need to build limestone structures, some of which are meters high. However, when ocean temperatures exceed the thermal tolerance of the coral-algae community, this relationship breaks down, causing the coral to reject its symbiotic algae, bleach out, and ultimately die.

Whether corals will be able to acclimate sufficiently quickly to higher temperatures is critical to the future of coral reefs. Corals can respond to global warming in a variety of ways: They can settle in more favourable habitats, adapt genetically, or acclimate plastically.

Since most coral species are stuck on the seafloor, translocation to cooler ocean regions can only occur as free-swimming coral larvae conquer new regions. This is a very slow process that is also influenced by prevailing currents. Genetic adaptation, in which selection pressure influences the frequency of gene variants in successive generations, can also be very slow.

"In our study, we assumed that acclimation offers corals a greater chance of coping with global warming," explains Prof. Dr. Agostino Merico, a scientist at the ZMT and one of the authors of the publication. "In this process, an individual's characteristics change within its lifetime in response to environmental change." For example, corals may produce heat shock proteins that make them more resistant to heat stress.

The authors of the study developed a mathematical model that, when combined with data from field research, could estimate the rate at which coral communities might naturally acclimate to global warming. In the model, the researchers exposed three iconic reef ecosystems - the Australian Great Barrier Reef, reefs of the Caribbean, and reefs of the Coral Triangle in Southeast Asia - to different scenarios of low, medium, and high CO2 emissions:

"Previous modelling studies have not considered the potential for acclimation," Agostino Merico says. "In addition, little is known about the rate at which corals can acclimate. But this is an aspect that is critical for producing reliable predictions about the future of coral reefs as temperatures rise."

The model simulations indicated that coral acclimation may provide some degree of protection by delaying the decline of some reefs, such as the Great Barrier Reef. However, current rates of acclimation will not be sufficient to protect corals from global warming in the long term. Model results suggest a significant decline in coral populations over an 80 to100 year period in all three marine regions, ranging from 12% to 55%, depending on the region and on the climate change scenario considered.

Corals are habitats for a variety of other organisms and provide important ecological services for millions of people - such as coastal protection, food resources or active substances for medicines. Their disappearance would thus have devastating consequences for humanity.

"Our findings underscore the urgent need for precise estimates of the ability and speed with which corals can acclimate naturally. This should include laboratory experiments," Agostino Merico says. "Global solutions to reduce emissions, management measures to minimise local threats to reefs, and human-assisted evolution remain the ultimate strategies to protect coral reefs”, the researcher argues.

<
Bleached reefs like this one off Saudi Arabia will probably become more and more common in the futur ...
Claudia Pogoreutz
Leibniz Centre for Tropical Marine Research

<
Largely intact coral reefs like this reef off Curaçao can still be found in the Caribbean.
Lisa Röpke
Leibniz Centre for Tropical Marine Research

Bleached reefs like this one off Saudi Arabia will probably become more and more common in the future. 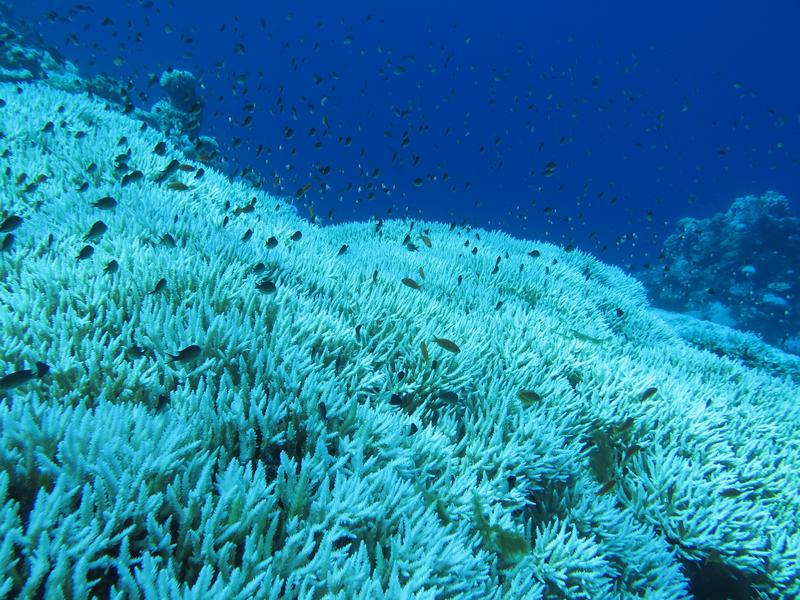 Largely intact coral reefs like this reef off Curaçao can still be found in the Caribbean. 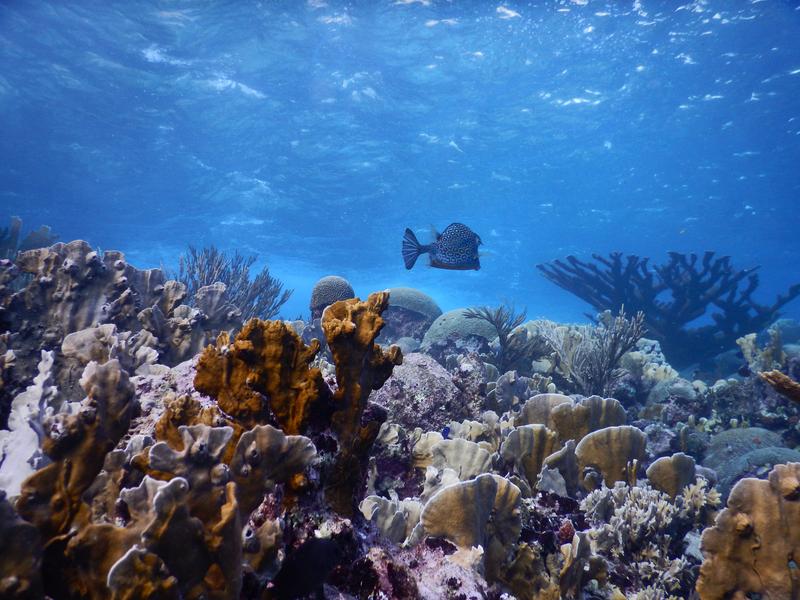