Home > Press release: No better outcome in fungal sepsis by ...

No better outcome in fungal sepsis by biomarker guided therapy

The CandiSep trial at Jena University Hospital tested (1,3)-β-D-glucan as biomarker for invasive fungal infection in critically ill patients. The biomarker led to earlier and more frequent antifungal therapy but could not reduce mortality.

Because modern medicine enables the treatment of seriously ill and severely immunocompromised patients, severe fungal infections are occurring with increasing frequency in intensive care units. Due to their weakened immune system and the often required broad spectrum antibiotic therapy, sepsis patients in the ICU are at particular risk for invasive infections by Candida, a yeast which is harmless to healthy people. The later antifungal treatment is started, the greater is the mortality from fungal sepsis, which can reach up to 80%. The classic microbiological detection of Candida by blood culture is successful only in half of all cases and takes several days which is an essential problem.

Current guidelines therefore recommend early preventive treatment with antifungal drugs in critically ill patients with a high risk of severe Candida infections. "But this risk is difficult to assess - it is made up of well over 20 factors and in almost all intensive care patients several of them are present," Dr. Daniel Thomas-Rüddel says, an intensive care specialist at Jena University Hospital. However, the administration of antifungal medication without a fungal infection being present unnecessarily burdens the seriously ill patients and causes additional costs. There is also a risk of resistance developing, especially since only a few antifungal drug classes are available.

(1,3)-β-D-glucan as biomarker for Candida infection

(1,3)-β-D-glucan, an important component of the cell wall of Candida but also of other fungi, can be detected in the blood of patients with severe Candida infections. There is an established test, which is often found to be positive days before microbiological fungal detection is successful. "By the CandiSep study, we wanted to test whether this biomarker is able to identify those sepsis patients who need antifungal therapy and whether we can improve patient outcome through this more individualized treatment," describes PD Dr. Frank Bloos the aim. The project was funded by the Federal Ministry of Education and Research in the frame of the Center for Sepsis Control and Care (CSCC) at Jena University Hospital.

The 18 intensive care units in Germany participating in the multicenter trial enrolled 339 patients with newly onset severe sepsis who had risk factors for invasive Candida infection, such as artificial nutrition, major abdominal surgery, previous antibiotic therapy or renal replacement therapy. The patients were randomly divided into control and intervention groups. Blood cultures were taken from all patients for microbiological diagnosis of an invasive fungal infection. In the intervention group, additionally the biomarker was determined directly upon inclusion and one day after. If the result was positive, antifungal therapy was started immediately, which was adjusted after the blood culture result was available, if necessary. In the patients of the control group, the antifungal treatment was guided by the blood culture only. Overall, 96 hours after inclusion in the study, a Candida infection was microbiologically confirmed in 14% of all patients.

Earlier and more frequent treatment - no effect on outcome

The study team now published the results in the journal Intensive Care Medicine. The patients of the biomarker group received antifungal therapy much earlier and more frequently. Almost half of the patients in this group were treated within a day. In the control group, around 25% received an antifungal drug, which was given only after four days on average. However, the patients in the biomarker group did not benefit from this increased antifungal treatment - in both groups more than 30% died within four weeks. This high mortality is unfortunately common in this serious disease.

"The additional diagnostics thus led to an increased and earlier use of drugs without benefit for the patients," summarizes first author Frank Bloos. “However, the result should be treated with caution. Despite the selection of high-risk patients, the fraction with invasive fungal infections is surprisingly low. In addition, the biomarker test proved to be less reliable compared to previous studies. Especially in abdominal surgery patients it was often falsely positive.” Therefore, the biomarker could be of use in the treatment of more narrowly defined high-risk patients or for the termination of empirical therapies, according to the authors. Here they see a need for further research. The CandiSep study underlines how important it is to evaluate new diagnostic approaches in everyday clinical practice. 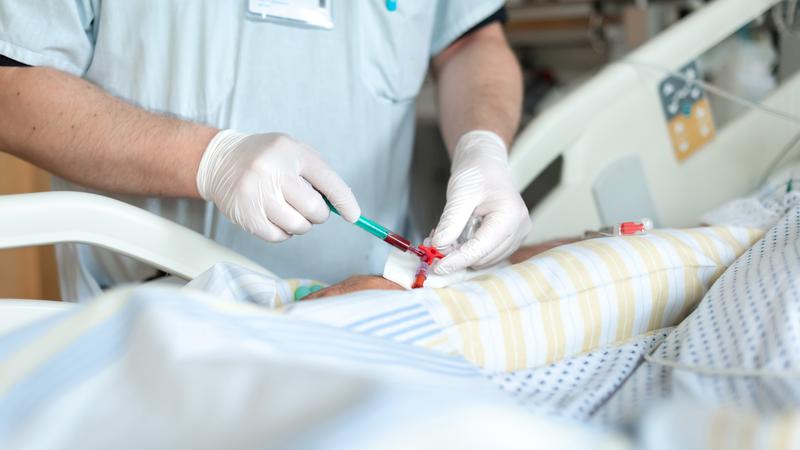