Home > Press release: Researcher from the University of ...

Bayreuth biologist PD Dr. Andreas Hemp has discovered a previously unknown orchid species of the genus Rhipidoglossum in northeastern Tanzania. Together with his British colleague Dr. Phil Cribb from the Royal Botanical Gardens in Kew, London, he has scientifically described it in the journal "Kew Bulletin". The new species was named Rhipidoglossum pareense, in keeping with its location in the South Pare Mountains.

The most striking feature of the newly discovered orchid, which is only a few centimeters tall, is its white flowers. If the orchid is held against the sunlight, the flowers appear to glisten. The flowers are smaller but more numerous than those of the closest related orchid species, Rhipidoglossum leedalii. The inflorescence is much more compact and resembles that of a lily of the valley. Rhipidoglossum pareense grows in cloud forest at an altitude above 1,500 meters, where it was discovered by Dr. Andreas Hemp during research work. The trees here only reach a height of ten meters and are densely covered with mosses, ferns and orchids. Rhipidoglossum pareense also belongs to these epiphytes.

"The now discovered orchid species probably owes its existence to the very unusual climatic conditions. In the cloud forests of the South Pare Mountains, although it often rains only 700 millimeters a year, there is also the fog precipitation, which is two to three times this amount. This mountainous region in northeastern Tanzania is truly a botanical El Dorado. Recently, I also discovered a new species of acanthus here, and the taxonomic description will be published soon," says PD Dr. Andreas Hemp from the Department of Plant Systematics at the University of Bayreuth.

In the course of his studies on the biodiversity and ecology of African forests, the Bayreuth biologist has established vegetation study plots on numerous mountains. On each plot, he has completely recorded and documented the species composition of the vegetation. In total, the resulting database now comprises several thousand vegetation records. Typical of all tropical mountain rainforests are the epiphytes, which play an important role in water balance and biodiversity. "A lot of luck is involved in finding such small epiphytes as the newly discovered orchid: If it had not bloomed at the right time, it would certainly have gone unnoticed," says Hemp. In the neighboring Tanzanian Nguru Mountains, which like the South Pare Mountains belong to the Eastern Arc Mountain chain, he found another previously unknown orchid species from the large genus Polystachya during his recent research visit.

Internationally, the leading specialist on orchids in East Africa is Dr. Phil Cribb of the Royal Botanical Gardens in Kew, London. He is the author of the orchid identification volumes of the "Flora of Tropical East Africa". "After I could not clearly identify the orchid discovered in the South Pare Mountains using these volumes, I asked him for his expertise. Together we then described the new species and also chose the name Rhipidoglossum pareense," reports Hemp, who visits the herbarium at the botanic garden in Kew at least once a year. "The herbarium at Kew contains the world's most comprehensive collection of plants from East Africa. The long-standing collaboration with the outstanding connoisseurs of African flora there is a valuable support and always a stimulus for my own research work. Such comprehensive collections, which document vegetation from earlier decades and centuries, are indispensable for current biodiversity research," says the Bayreuth plant systematist. 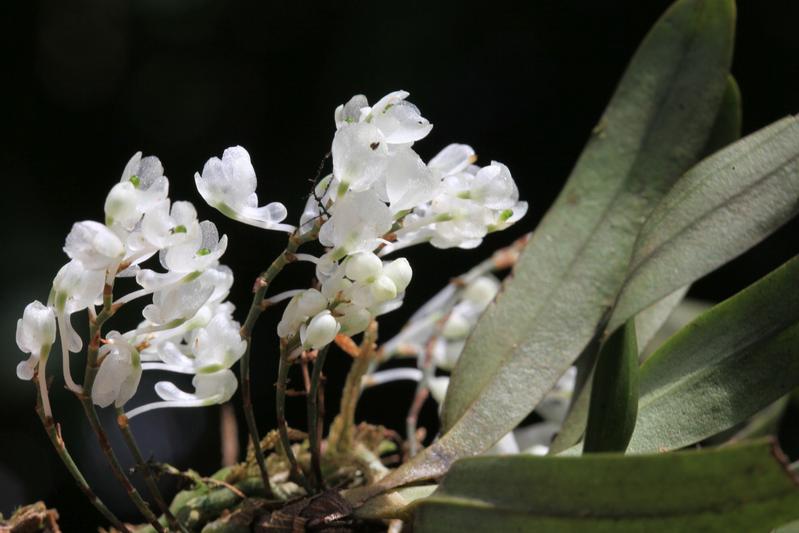 View of the South Pare Mountains in northern Tanzania. 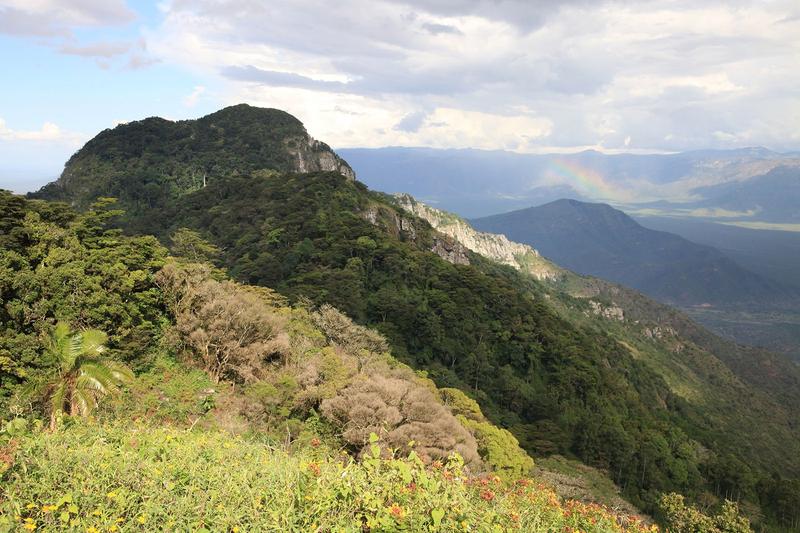