Huntington’s chorea is a hereditary disease that leads to cognitive and motor impairments and death. Scientists at the University of Bremen have worked with international partners to elucidate the mechanism by which the mutated huntingtin protein can be kept at bay.

"We have uncovered a mechanism by which the body’s own protein folding helpers keep the mutated huntingtin protein at bay,” explains project leader and professor Janine Kirstein at the University of Bremen. Protein-folding helpers allow proteins to take on and maintain their correct structure to perform their multifaceted functions. The researchers were already familiar with three of the helpers. But what they didn’t know yet was what the binding with the mutated huntingtin protein looked like, which of the three folding aids could recognize the mutated protein, and what its binding looked like? “We have now been able to identify this using the crosslinking mass spectrometry method,” says the biochemist. This method can precisely determine protein interactions. However, there was still a long way to go in terms of understanding the bond. “It was only through modeling that we were able to better understand the interaction between protein-folding helpers and mutant huntingtin.”

The success of these new insights lies in practicing interdisciplinarity: “The fact that we were able to obtain our results with such precision was primarily due to the excellent cooperation between the Faculties of Biology/Chemistry and Production Engineering at the University of Bremen,” says Kirstein. “In biochemistry, we needed researchers for our project who could support us in our experimental laboratory work with computer-aided models”. Her graduate student Yasmin Richter found the necessary expertise in engineering sciences with her former fellow student on the master’s program in Biochemistry & Molecular Biology, Isabell Grothaus. She is doing her doctorate in the working group led by Dr. Susan Köppen and Professor Lucio Colombi Ciacchi. This is how the two junior researchers developed a cooperation between the two faculties. “The engineers simulated the binding between the protein-folding aids and the mutated huntingtin protein on a computer for us, and we were then able to experimentally validate the modeling in our laboratory with purified proteins and in cell cultures,” explains Kirstein.

Another hurdle was the previously unknown structure of the mutated huntingtin protein. The cooperation partners Martin Kulke and Josh Vermaas from Michigan State University in the US were able to help out here, postulating a structure that would allow the modeling to be carried out on the computer. Another important cooperation partner was Fan Liu with the mass spectrometric experiments conducted at the Leibniz Research Institute for Molecular Pharmacology in Berlin. It’s also where Kirstein led a working group until 2019 prior to her appointment to the University of Bremen.

“With this work, we have succeeded in understanding the mechanism by which a protein-folding helper selectively detects a mutated disease-associated protein and renders it harmless. This alone is not enough for therapeutic use,” says Kirstein. “But you can build on these results and develop strategies to specifically induce or stabilize these body-specific folding aids in order to suppress the toxicity of mutated huntingtin.” 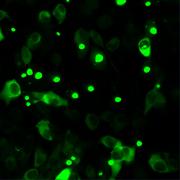 The image shows human cells producing fluorescence-labeled mutant huntingtin. Mutated huntingtin tends to accumulate, which is pathological and visible in the form of dots. 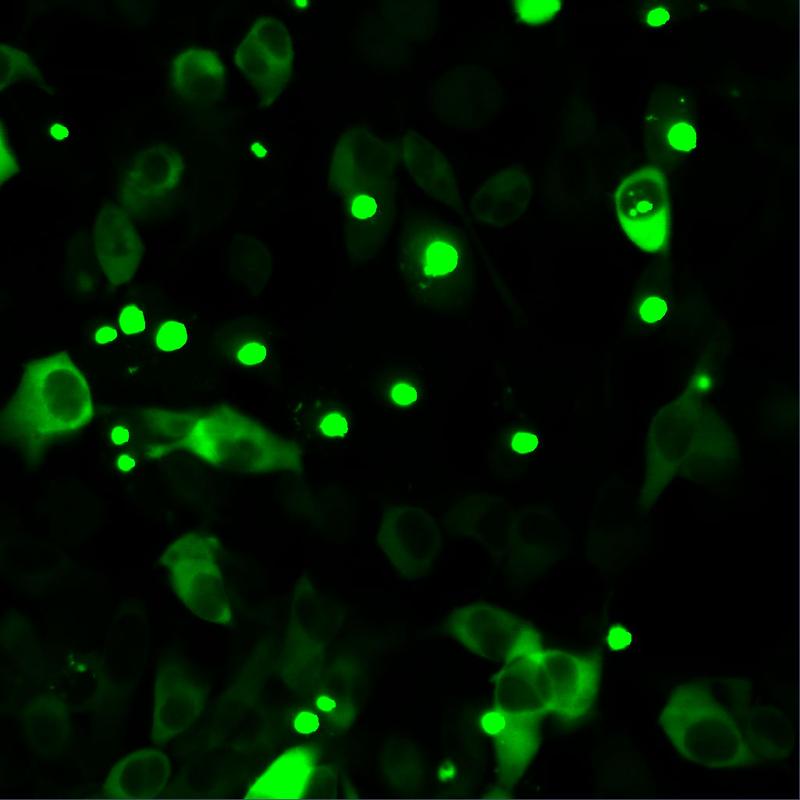