Together with researchers from University Hospital Mainz, the University of Regensburg and the IRCM in Montreal (Canada), a research team from Friedrich Schiller University Jena has discovered a novel therapeutic approach for treating malignant tumours of the lymphatic system. The team led by Dr Christian Kosan from Jena University’s Institute of Biochemistry and Biophysics shows that treating certain B-cell lymphomas with the enzyme inhibitor “Marbostat 100” leads to significantly slowed growth of the tumour cells. The researchers present their results in the renowned scientific journal “Oncogene” (https://doi.org/10.1038/s41388-022-02450-3).

B-cell lymphomas are tumours of specific immune cells (B-lymphocytes). These cells, which belong to the white blood cells, normally produce antibodies and are essential for the body to ensure an effective immune defence. A specific gene called “MYC” is often involved when B lymphocytes turn into tumour cells, says Christian Kosan. “This gene initially stimulates the cells to grow faster and to divide, which can lead to further mutations and thus ultimately to tumour formation.”

The protein “Myc” encoded by “MYC” is a transcription factor. “It binds to the DNA of a cell and thereby regulates the expression of its target genes,” explains Kosan, who has been studying “Myc” and its functions for some time. A large number of human genes are directly or indirectly regulated by “Myc”. In tumours, such as aggressive B-cell lymphomas, the amount of the “Myc” protein is greatly increased. “Our goal was therefore to specifically block the function of ‘Myc’ and to reduce the accelerated division of the tumour cells,” says Kosan. As the “Myc” protein is relatively small and offers few specific docking sites on its surface for other molecules, it is difficult to target. Therefore, the researchers used a roundabout route: they did not target “Myc” directly, but instead an enzyme that interacts with “Myc” and regulates its function.

In the current publication, the team led by Christian Kosan was able to show that the specific inhibition of this enzyme (histone deacetylase 6) leads to a significant decrease in “Myc” concentration in the tumour cells. The researchers treated human B-cell lymphoma cell lines with the enzyme inhibitor “Marbostat 100” and found that four out of five tumour cell lines died. “We were also able to show that, depending on the concentration and treatment period of the enzyme inhibitor, the ‘Myc’ protein is degraded in the tumour cells,” says Kosan. What is more, in experiments with mice that develop B-cell lymphomas due to a particular mutation and normally die as a result, treatment with “Marbostat 100” led to a significantly higher life expectancy. Of 15 animals with tumours, 14 survived for the entire study period.

Christian Kosan and his colleagues now want to transfer the newly gained knowledge to other tumour types. “We already know that ‘Myc’ plays a role not only in B-cell lymphomas, but also in many other types of cancer,” says Kosan.The researchers therefore want to investigate whether the use of “Marbostat 100” could also be suitable for treating other tumour cells. The long-term goal is to develop a combinatorial therapy for treating aggressive types of cancer. B-cell lymphomas have been treated with aggressive chemotherapeutic drugs so far, but these usually have equally strong side effects. “We want to try to slow down tumour growth with therapeutics such as the enzyme inhibitor ‘Marbostat 100’, so that the chemotherapeutics can be administered in lower doses or over a shorter period of time and thus fewer side effects can be expected,” says Kosan.

<
Dr Christian Kosan is examining proteins after separation in an electrophoresis. His team has discov ...
Photo: Jens Meyer/Uni Jena

<
PhD student Eva-Maria Piskor is co-author of the study. She is pipetting samples for the Western blo ...
Photo: Jens Meyer/Uni Jena

<
Dr Christian Kosan is examining proteins after separation in an electrophoresis. His team has discov ...
Photo: Jens Meyer/Uni Jena

<
PhD student Eva-Maria Piskor is co-author of the study. She is pipetting samples for the Western blo ...
Photo: Jens Meyer/Uni Jena

Dr Christian Kosan is examining proteins after separation in an electrophoresis. His team has discovered a novel therapeutic approach for treating malignant tumours of the lymphatic system. 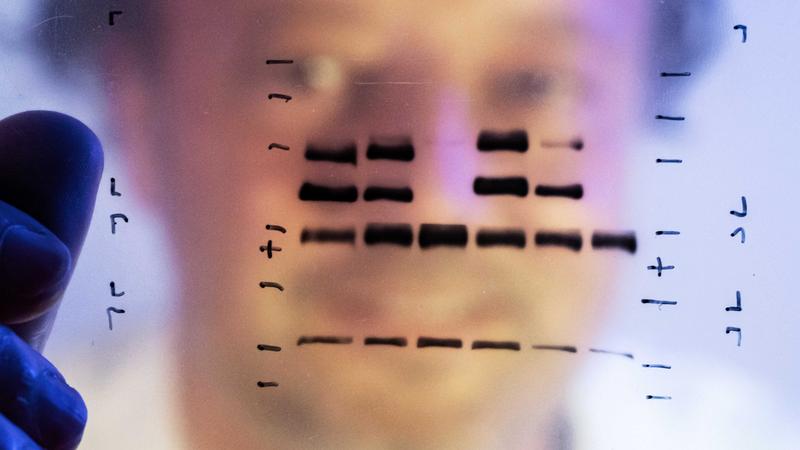 PhD student Eva-Maria Piskor is co-author of the study. She is pipetting samples for the Western blot. 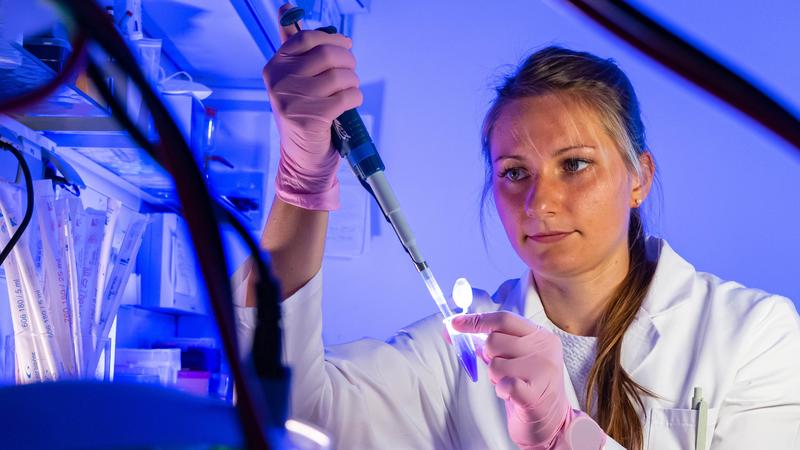