Scientists assume that we make up to 20,000 decisions per day. But how do they come about and can they be predicted with the help of mathematical models? This is the goal of a joint research project by psychologist Professor Adele Diederich and mathematician Dr. Keivan Mallahi-Karai at Constructor University in Bremen. The project is funded by the German Research Foundation (DFG) with a total of around 340,000 euros.

"The Cube and Disk Model for Best-Worst Paradigm and Status-quo Options" is the full title of the research project conducted at Constructor University in Bremen. The best-worst paradigm describes a method for measuring preferences when more than two choice options are available: Which cell phone is liked best and which one least (worst)? The status quo also describes a situation where a person has the choice between multiple options (e.g. new cell phones), but eventually decides to keep the their old one. The process from presenting the choice alternatives until a choice is made is modeled by stochastic processes in higher dimensions. They account for the fluctuation of preferences over time.

Even though, the Cube and Disk models are similar, the disk model is mathematically easier to handle. Take, for instance, a choice situation with three alternatives: In this case the cube model resembles a dice, assuming two sides are associated with each alternative, one being the so-called acceptance side (best) and the other the rejection side (worst). For the disk model, the acceptance and rejection areas are arranged on a unit circle.
Both models predict the probabilities for choosing each alternative as well as the timeframe for making the choices. These approaches are geometric models of higher dimension and belong to basic research on decision making. They find application in product research or marketing. 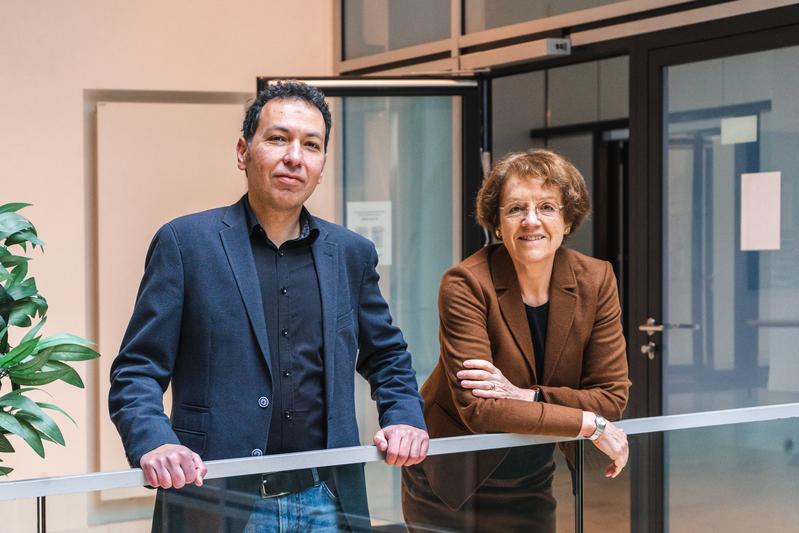