Europe lacks groundwater – a lot of groundwater. The continent has already been suffering from a severe drought since 2018. This is confirmed by satellite data analysed at the Institute of Geodesy at TU Graz.

Europe has been experiencing a severe drought for years. Across the continent, groundwater levels have been consistently low since 2018, even if extreme weather events with flooding temporarily give a different picture.

The beginning of this tense situation is documented in a publication by Eva Boergens in Geophysical Research Letters (https://agupubs.onlinelibrary.wiley.com/doi/10.1029/2020GL087285) from the year 2020. In it, she noted that there was a striking water shortage in Central Europe during the summer months of 2018 and 2019. Since then, there has been no significant rise in groundwater levels; the levels have remained constantly low. This is shown by data analyses by Torsten Mayer-Gürr and Andreas Kvas from the Institute of Geodesy at Graz University of Technology (TU Graz). As part of the EU's Global Gravity-based Groundwater Product (G3P) project, they used satellite gravimetry to observe the world's groundwater resources and documented their changes in recent years.

The effects of this prolonged drought were evident in Europe in the summer of 2022. Dry riverbeds, stagnant waters that slowly disappeared and with them numerous impacts on nature and people. Not only did numerous aquatic species lose their habitat and dry soils cause many problems for agriculture, but the energy shortage in Europe also worsened as a result. Nuclear power plants in France lacked the cooling water to generate enough electricity and hydroelectric power plants could not fulfil their function without sufficient water either.

How can the geodesists at TU Graz use data from space to make accurate statements about groundwater reservoirs? At the heart of the G3P project are twin satellites named Tom and Jerry, which orbit the Earth in a polar orbit at an altitude of just under 490 kilometres. The distance between the satellites of around 200 kilometres is important. The one behind must not catch up with the one in front, which is why they have been given the name Tom and Jerry in reference to the cartoon characters.

The distance between the satellites is being constantly and precisely measured. If they fly over a mountain, the satellite in front is initially faster than the one behind because of the increased mass under it. Once it has passed the mountain, it slows down slightly again, but the rear satellite accelerates as soon as it reaches the mountain. Once both are over the mountain, their relative speed is established once more. These changes in distance over large masses are the main measurement variables for determining the Earth's gravitational field and are ascertained with micrometre precision. As a comparison, a hair is about 50 micrometres thick.

Monthly gravity map of the Earth

All of this happens at a flight speed of around 30,000 km/h. The two satellites thus manage 15 Earth orbits a day, which means that they achieve complete coverage of the Earth's surface after one month. This in turn means that TU Graz can provide a gravity map of the Earth every month. “The processing and the computational effort here are quite large. We have a distance measurement every five seconds and thus about half a million measurements per month. From this we then determine gravity field maps,” says Torsten Mayer-Gürr.

However, the gravity map does not yet determine the amount of groundwater. This is because the satellites show all mass changes and make no distinction between sea, lakes or groundwater. This requires cooperation with all other partners in the EU G3P project. Torsten Mayer-Gürr and his team provide the total mass, from which the mass changes in the rivers and lakes are then subtracted, the soil moisture, snow and ice are also subtracted and finally only the groundwater remains.

Europe has a water problem

The result of this cooperation shows that the water situation in Europe has now become very precarious. Torsten Mayer-Gürr had not expected this on such a big scale. “A few years ago, I would never have imagined that water would be a problem here in Europe, especially in Germany or Austria. We are actually getting problems with the water supply here – we have to think about this,” he explains. From his point of view, it is first of all necessary to be able to document the continuing drought using data and to have continuous satellite missions on this in space.

The European Space Agency ESA and its US counterpart NASA will continue this research with the MAGIC (Mass-change And Geoscience International Constellation) project. TU Graz will again be on board for the data evaluation.

Information on the G3P project: https://www.g3p.eu/ 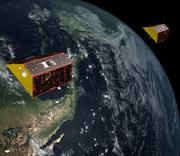 Already in 2019 the amount of ground water in Central Europe was very low. 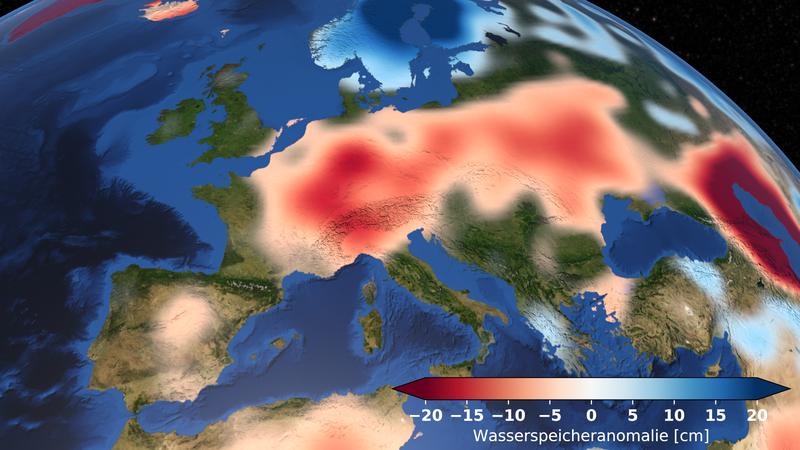 The Grace Follow-on satellites Tom and Jerry measure the mass changes on earth. 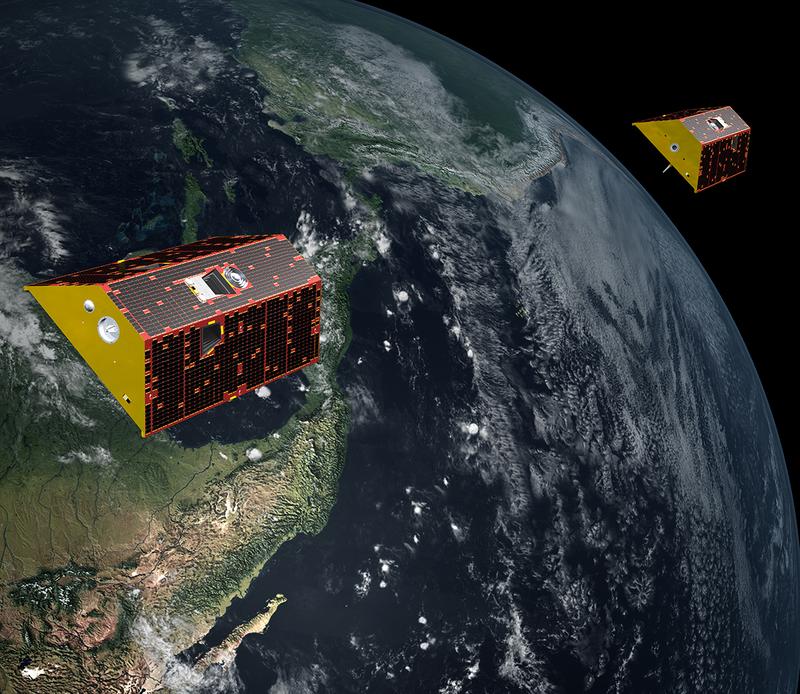