By 2050, it is expected that 83.7% of Europe’s population will live in cities, a marked increase from the estimated 72% in 2015. While cities provide opportunities and infrastructure, city-dwellers also face threats such as harmful levels of air pollution and the heat island effect which is becoming increasingly severe due to climate change.

Nature-based solutions such as the expansion of urban greenspace and tree planting can provide cooling effects, decrease air pollution, and improve mental health, among other benefits. Several initiatives support this approach, for example the New EU Forest Strategy for 2030 and the European Green Deal. However, informed decision making is still a challenge for public authorities due to the lack of reliable data. Citizen science along with other novel data streams like Earth Observation, low-cost sensor networks, and wearable technologies can offer new insights to address this challenge.

“We are excited to work with urban authorities, opening a new chapter for citizen participation and the uptake of citizens’ observations,” says Gerid Hager. “With a mission-led approach, Urban ReLeaf builds new partnerships and processes where citizens collaborate alongside authorities to share knowledge and drive targeted and evidence-based decision making.”

The project kicks off on 25 January with a three-day workshop, where partners from nine European countries will begin their efforts to advance citizen-powered science as a central resource for inclusive urban green planning and policy.

“Our hope is to support just transitions for communities to address the changing climate of urban environments and greenspace planning in a more inclusive way,” concludes Inian Moorthy.

The International Institute for Applied Systems Analysis (IIASA) is an international scientific institute that conducts research into the critical issues of global environmental, economic, technological, and social change that we face in the twenty-first century. Our findings provide valuable options to policymakers to shape the future of our changing world. IIASA is independent and funded by prestigious research funding agencies in Africa, the Americas, Asia, and Europe. www.iiasa.ac.at

Schematic representation of the methods and goals of Urban ReLeaf 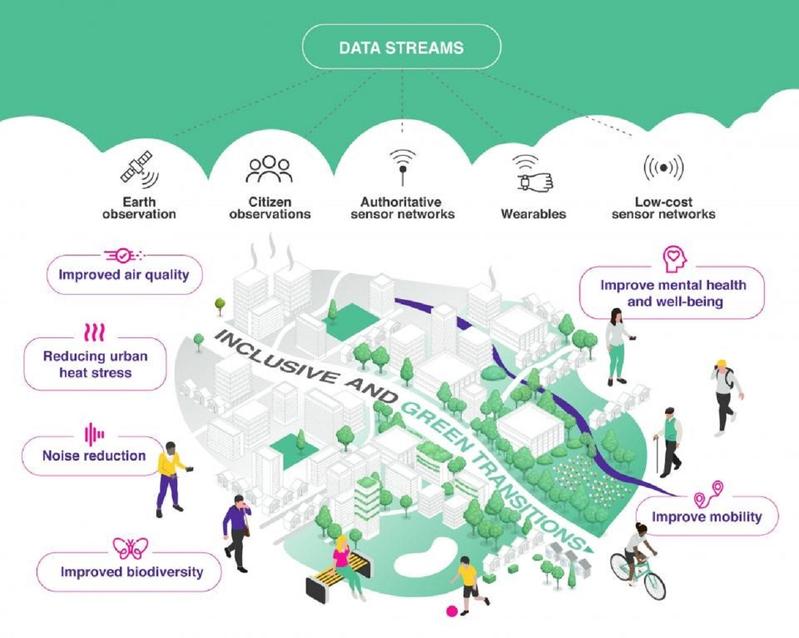