Materials that assemble themselves and then simply disappear at the end of their lifetime are quite common in nature. Researchers at the Technical University Munich (TUM) have now successfully developed supramolecular materials that disintegrate at a predetermined time – a feature that could be used in numerous applications.

Plastic bottles, empty cans, old toys, torn T-shirts and worn-out mobile phones – day for day, mankind produces millions of tons of waste. How can we prevent our planet from stifling in the garbage?

To this day, recycling is the method of choice. But it is expensive: "So far, most man-made substances are chemically very stable: to decompose them back into their components, one has to spend a lot of energy," explains Job Boekhoven, professor of Supramolecular Chemistry at the TUM. Inspired by biological processes the chemist is pursuing another path.

"Nature does not produce garbage dumps. Instead, biological cells are constantly synthesizing new molecules from recycled ones. Some of these molecules assemble into larger structures, so-called supramolecular assemblies that form the structural components of the cell. This dynamic ensemble inspired us to develop materials that dispose of themselves when they are no longer needed. "

Nature as a model

One of the key differences between man-made substances and most living biological materials is their energy management: man-made materials are in equilibrium with their environment. That means that they don’t exchange molecules and energy, thus remaining the way they are.

Nature works according to another principle: Living biological materials, like skin and bone, but also cells, are not in equilibrium with their environment. A constant input of energy and building blocks is necessary for their construction, maintenance and repair.

“A typical example of an energy source is adenosine triphosphate, ATP for short," explains Boekhoven. "As long as enough energy is available, damaged components and entire cells can be broken down and replaced by new ones, otherwise the organism dies and disintegrates into its basic building blocks."

In the end there is just molecular dust

The new materials Boekhoven explored with an interdisciplinary team of chemists, physicists, and engineers at the TU Munich are based on the natural model: the molecular building blocks are initially freely mobile, but if energy is added in the form of high-energy molecules, supramolecular structures form.

These autonomously disintegrate once the energy is exhausted. Thus, the lifetime can be predefined by the amount of “fuel” added. In the laboratory, the materials can be set to autonomously degrade after several minutes to several hours. Moreover, following a cycle, the degraded material can be reused by simply adding another batch of high-energy molecules.

From lab to practice

The scientists designed different anhydrides which assemble into colloids, supramolecular hydrogels or inks. In these materials a chemical reaction network converts dicarboxylates into metastable anhydrides driven by the irreversible consumption of carbodiimide as “fuel“. Because of their metastable character, the anhydrides hydrolyze to their original dicarboxylates with half-lives in the range of seconds to several minutes.

Because the molecules form very different structures depending on their chemical composition, numerous application possibilities arise. Spherical colloids, for example, can be loaded with water-insoluble molecules – these could be used to transport drugs against cancer directly to the tumor cell. At the end of their mission, the colloids would autonomously dissolve, thereby releasing the drugs locally.

Other building blocks assemble into long fibrous structures that transform fluids into gels and might be used to stabilize freshly transplanted tissue for a predefined time, after which the body would take over this function. And, inks with precisely defined durability could be produced from molecules that assemble into star-shaped assemblies.

Will it be possible to build supramolecular machines or mobile phones that simply disappear when they are no longer needed? “This might not be completely impossible,” stresses Boekhoven, "but there is still a long way to go. Right now we are working on the basics."

The work was funded by the German Research Foundation via the ATUMS Graduate Program (Alberta / TUM International Graduate School for Functional Hybrid Materials), Collaborative Research Centre SFB863 (Forces in Biomolecular Systems) and the Cluster of Excellence Nanosystems Initiative Munich (NIM), as well as the TUM Institute for Advanced Study which is funded by the German Excellence Initiative and the European Union Seventh Framework Program.

https://www.tum.de/en/about-tum/news/press-releases/detail/article/34080/ Link to the press release

<
With the peptide-synthesizer Dr. Marta Tena-Solsona produces the building blocks for the gels she in ...
Photo: Uli Benz / TUM
None

With the peptide-synthesizer Dr. Marta Tena-Solsona produces the building blocks for the gels she investigates. 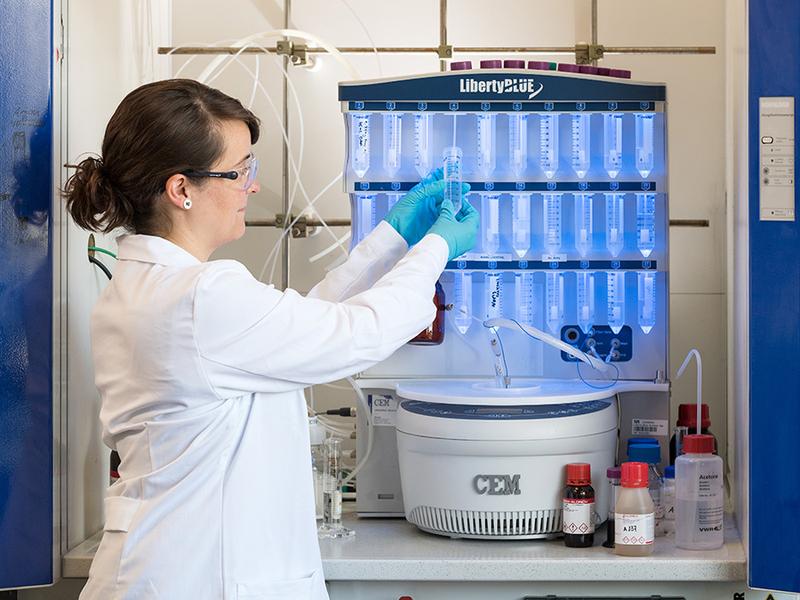 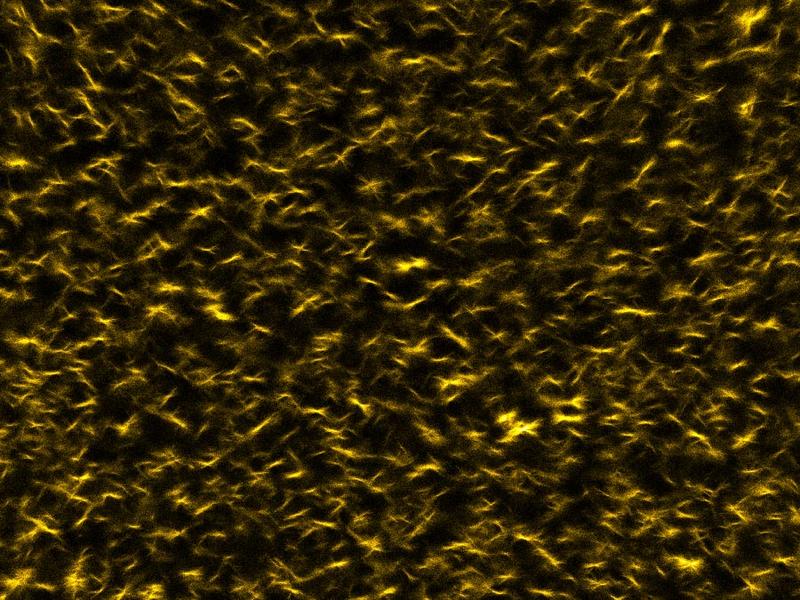