With their rich repertoire of anti-infective substances, medicinal plants have always been key in the human fight to survive pathogens and parasites. This is why the search for herbal drugs with novel structures and effects is still one of the great challenges of natural product research today. Scientists from Leipzig University (UL), the Leibniz Institute of Plant Biochemistry (IPB) and the German Centre for Integrative Biodiversity Research (iDiv) have now shown a way to considerably simplify this search for bioactive natural compounds using data analyses on the phylogenetic relationships, spatial distribution and secondary metabolites of plants.

Their new approach makes it possible to predict which groups of plants and which geographical areas are likely to have a particularly high density of species with medicinal effects. This could pave the way for a more targeted search for new medicinal plants in the future.

Over 70 per cent of all antibiotics currently in use originate from natural substances obtained from plants, fungi, bacteria and marine organisms. In the battle against infectious diseases, humans are particularly dependent on new drugs from natural sources, as pathogens are constantly changing and producing new dangerous strains. At the same time, we have not exhausted our natural resources. In the plant kingdom alone, only about ten per cent of all vascular plants have so far been screened for suitable active compounds. There are currently about 250,000 structures of natural products stored in scientific databases, with an estimated total of ca. 500,000 in plants alone. So far, however, researchers have not systematically tested the entire plant kingdom; instead, they have conducted isolated searches for drugs, partly in plants with known medicinal properties, and partly in preferred species or geographical regions, or depending on the type and sensitivity of the detection methods used.

Moreover, the knowledge of medicinal plants and their active compounds so far has not been documented consistently. Plants are named differently from region to region, while the metabolites isolated from them are given different trivial names in the literature. The scientists from Leipzig and Halle have now taken a first step towards collecting and standardising this knowledge. To this end, they collected information on the known secondary metabolites, phylogenetic relationships and distribution of the plants on the Indonesian island of Java. They recorded around 7,500 seed plant species, which contained some 16,500 metabolites listed in substance databases. Based on existing knowledge, almost 2,900 of these metabolites were identified as substances with anti-infective effects against viruses, bacteria, fungi or parasites. These 2,900 active compounds are produced by a total of 1,600 of the 7,500 plant species examined.

This shows that not all plant species produce bioactive compounds in the same way. “Rather, there tends to be a concentration of species that produce active compounds in individual plant families, with those species being usually closely related,” says Professor Alexandra Muellner-Riehl from the Institute of Biology at Leipzig University, who is also a member of iDiv. In order to better narrow down these groups of plants rich in active compounds, the scientists combined the genetic data and the metabolite information. This made it possible to identify those groups of plants in which anti-infective substances occur with significant overrepresentation – and those where only few anti-infective activities have been documented so far. “This information allows us to identify specific plant groups that very likely possess anti-infective substances but have not yet been examined for them,” says Dr Jan Schnitzler (Leipzig University and iDiv). At the same time, the study facilitates the identification of species for which little information on the presence of bioactive compounds has been reported so far. As Professor Ludger Wessjohann of the IPB points out, it is nevertheless important not to ignore these species in the search for new drugs, “because there is a high probability of finding new active substances with as yet completely unknown structures”.

The approach can also be used to identify promising regions rich in bioactive compounds. In this case, the highest diversity of plant species can be found in Java’s mountainous regions, where the greatest density of plants with anti-infective compounds can also be expected. So the search for new drugs will be more likely to succeed in species-rich areas than in the less biodiverse, agricultural lowlands of central and western Java. If adapted accordingly, Wessjohann and Muellner-Riehl say that this approach could easily be transferred to other geographical areas or other groups of bioactive compounds.

The study was funded as part of the BMBF project “BIOHEALTH – Indonesian Plant Biodiversity and Human Health”. The collaborative project involving partners from German and Indonesian research institutions is coordinated by Leipzig University. 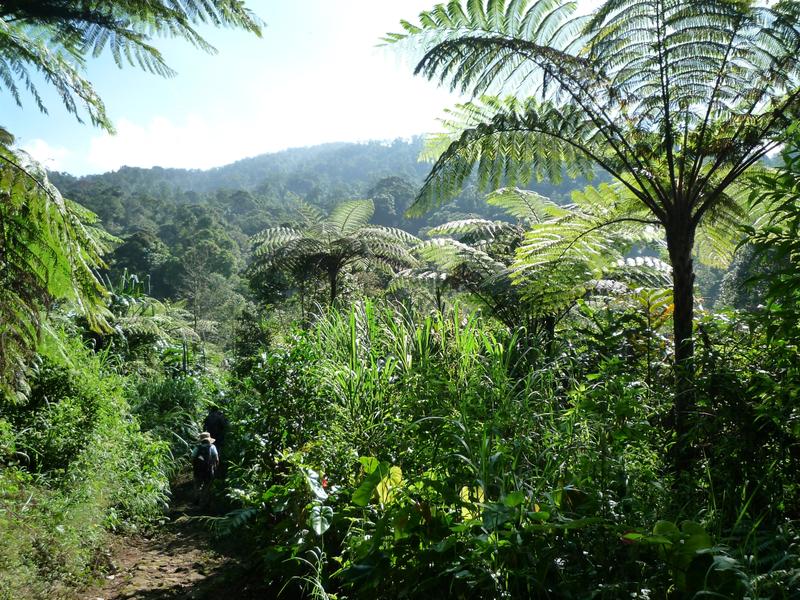