Insects as food for farm animals

The start-up company FarmInsect has developed a technology to breed insect larvae as protein feed for farm animals. Founded by graduates of the Technical University of Munich (TUM), the company plans to start a pilot plant at one of the largest fish farms in Bavaria within a few weeks.

The founders of FarmInsect (Wolfgang Westermeier, Thomas Kühn, and Andre Klöckner) have developed their company based on the principle of using agricultural biomass in a circular economy. Accordingly, residues that accumulate in the region, such as harvest or peeling residues from an agricultural operation or residues from the regional food industry, such as spent grain or bread, can be used to fatten and feed insect larvae, which can in turn be used as feed for livestock animals.

The use of insect meal in aquaculture has been legally permitted since the end of 2017 and an approval for use in poultry and pig fattening is expected in 2021, especially since feeding of live insects to chickens, pigs, and fish is already permitted.

“Our decentralized method of insect production offers the ability to feed the larvae live because there are no long transport routes. This stimulates the animals to beck and burrow (their natural instincts) more effectively and thus promotes animal welfare,” says co-founder and agricultural scientist Wolfgang Westermeier.

FarmInsect supplies insect breeding systems that can be integrated modularly into the infrastructure of any animal breeding farm. “The most difficult thing is to turn eggs into juvenile larvae,” says FarmInsect managing director and co-founder Thomas Kühn. FarmInsect therefore breeds the young larvae of the Black Soldier Fly, a particularly undemanding and robust insect species, in its own facility and delivers them to farms on a regular basis and in accordance with the respective regulations.

In one week of fattening, the young larvae can grow to as large as 1.5 centimeters in a climate chamber and increase their weight by a factor of 1,000. To produce their insect feed, the operators only have to fill a mixing pot with biomass and load the climate chamber with young larvae and then unload it with the adult larvae. The larvae can then be fed directly to farm animals - currently mainly fish, but probably in the future also to chickens or pigs.

When using regional residues as feed, the strict regulations of feed legislation must be observed. A special challenge is the complete traceability of their origins. “We have developed an IT platform to document this,” says co-founder Andre Klöckner, who is responsible for technical development and programming.

The founders are an interdisciplinary team from the fields of agricultural sciences, electrical and computer engineering, and economics, who got to know each other through projects at the TUM. “The decisive factor for us was that we were able to use rooms in the TUM’s food technology center at Weihenstephan that were suitable for our first larval breeding,” says Westermeier.

“The TUM start-up advising team also provided us with contacts in agriculture, the World Agricultural Systems Center - Hans Eisenmann-Forum, and EIT-Food” says Kühn. In addition, Wilhelm Windisch, Professor of Animal Nutrition at the TUM, has been giving support to the start-up. UnternehmerTUM, the center for innovation and start-ups, has also put FarmInsect in touch with investors and cooperation partners. The two founders Kühn and Westermeier are graduates of the Manage & More program.

FarmInset has been supported by the Bavarian Ministry of Agriculture and the European Union (EU) since April 2020 as part of the “European Innovation Partnerships” program.

In the summer of 2020, FarmInsect was accepted into the EIT Food Accelerator Network of the EU as one of the most promising food and agritech start-ups in Europe, and in a few weeks, a pilot plant will be commissioned at one of the largest aquaculture enterprises in Bavaria.

More information:
Every year TUM spawns more than 70 technology-focused spinouts. TUM and UnternehmerTUM support start-ups with programs tailored to the various phases of building a business – from creating the business model to management training, and from market entry to a possible IPO. Up to 30 teams can use offices in the TUM Incubator at a given time to plan the launch of their companies – with the most promising candidates travelling to Silicon Valley for two weeks with the support of TUM. UnternehmerTUM invests through its own venture capital fund, UVC, in tech companies displaying strong potential and with MakerSpace and the Bio.Kitchen, provides a 1500 square meter high-tech prototype workshop and biotechnology lab. According to "Startup Radar", a survey conducted by Stifterverband für die Deutsche Wissenschaft, no German university provides better support for student start-ups.

EIT Food is Europe’s leading food innovation initiative, committed to making the food system more sustainable, healthier, and trustworthy. The initiative is made up of a consortium of key industrial players, start-ups, research centers and universities from across Europe. It is one of eight innovation communities set up by the European Institute of Innovation and Technology (EIT), an independent EU body established in 2008 to boost innovation and entrepreneurship across Europe.

<
The Black Soldier Fly is a particularly undemanding and robust insect species.
FarmInsect
Free for use in reporting on TUM/FarmInsect, with the copyright noted.

The Black Soldier Fly is a particularly undemanding and robust insect species. 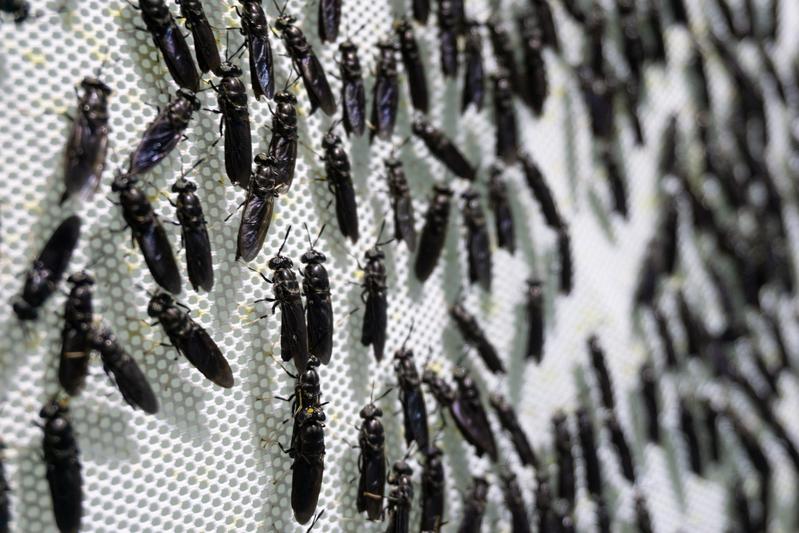 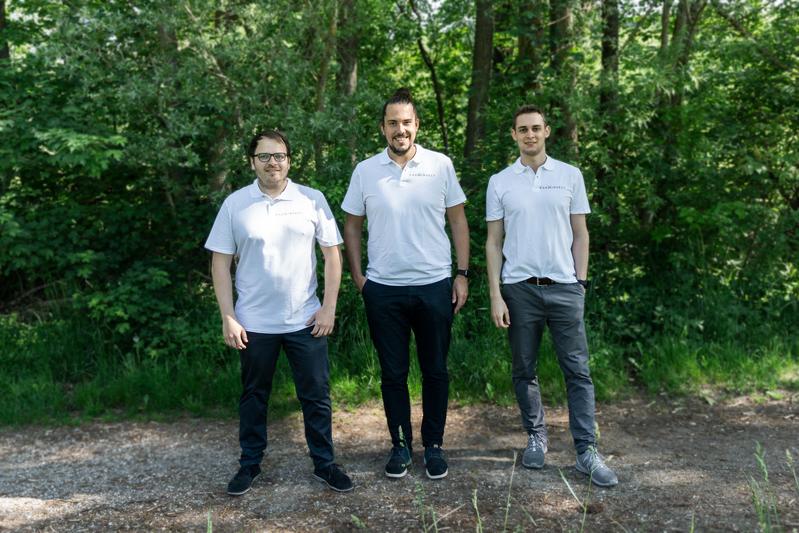