Home > Press release: The video referee in the spotlight: Fans ...

The video referee in the spotlight: Fans are not amused about decisions made by video assistants

For its 2019/20 season, the English Premier League introduced the video assistant referee (VAR). Dr. Otto Kolbinger and Melanie Knopp from the Chair of Performance Analysis and Sports Informatics at the Technical University of Munich have now investigated the extent to which this influences the mood of audiences.

A total of 643,251 English-language tweets from the social media channel Twitter were included in the study, which investigated 94 VAR incidents from 129 games. Of these, over 58,000 tweets (9.1 percent) were directly related to the video referee.

For their analysis, the team employed "text mining", an algorithm-based analysis process which unearths structures of meaning buried in text data. The study focused on the automatic extraction of tacit knowledge from large amounts of text data, in this case tweets, collected via an interface.

"We used the official hashtag for each game to ensure that the tweets really refer to the game in question," explained Dr. Kolbinger, elucidating the procedure. “We also, for the first time ever, used a new text classification algorithm. In our case, it performed better than algorithms used in previous studies."

To avoid so-called overfitting – the over-adaptation of a model to a given data set – the team allowed only a fraction of the variables to flow into each individual step during model fitting.

The use of video assistants kill the mood

In its data analysis, the team examined whether tweets referring to a specific VAR situation are formulated positively or negatively. They found that the average sentiment of tweets relating to decisions by the video referee was significantly lower than that of other tweets: 76.24 percent of the 58,000 tweets were negative, 12.33 percent positive and 11.43 percent neutral.

This slump lasted 20 minutes on average. Deploying VAR in a match produces a negative sentiment on Twitter. It was this realization that led to the striking study title, rich in associations: "Video kills the sentiment".

According to the researchers the status quo is unsatisfactory, which is why they are calling on the governing bodies of the European football associations and leagues to improve the system.

"The football associations should attempt to communicate all VAR decisions with greater transparency," recommends Dr. Kolbinger. “To ensure this transparency, the associations could broadcast the communications between the referee on the field and the video referee, as it is done in field hockey. An alternative would be to introduce the option of a 'coaches challenge', as in American football. But this is all just food for thought, based on our results.”

"The research project led by Dr. Otto Kolbinger and Melanie Knopp is a pioneering achievement,” says Prof. Lames, who heads the Chair of Performance Analysis and Sports Informatics. “They deployed a technology that they developed and applied for the first time in Germany. It is an innovative and groundbreaking contribution that advances science in this area. "

“These sentiment analyzes can be used to measure reactions from audiences both quantitatively and qualitatively,” explains Prof. Lames. "In addition, we can investigate assessments and emotions, which is an extremely valuable marketing tool."

Using artificial intelligence tools, Dr. Otto Kolbinger from the Chair of Performance Analysis and Sports Informatics could prove that interventions by the video assistant noticeably negatively affect the mood of the fans. 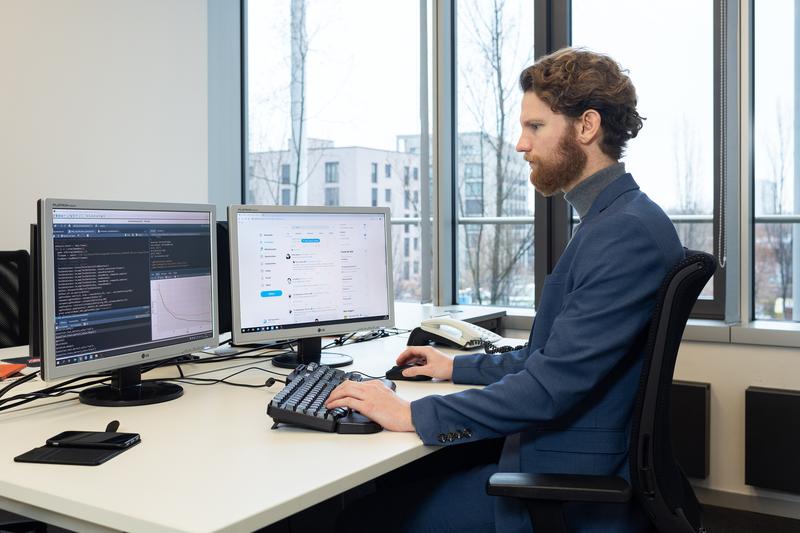