Rodenticides in the environment pose threats to birds of prey

Over the past decades, the increased use of chemicals in many areas led to environmental pollution - of water, soil and also wildlife. In addition to plant protection substances and human and veterinary medical drugs, rodenticides have had toxic effects on wildlife.

A new scientific investigation from scientists of the Leibniz Institute for Zoo and Wildlife Research (Leibniz-IZW), the Julius Kühn Institute (JKI) and the German Environment Agency (Umweltbundesamt – UBA) demonstrate that these substances are widely found in liver tissues of birds of prey from Germany. Anticoagulant rodenticides, commonly used to kill rodents in agriculture and forestry, were frequently detected, particularly in birds of prey close to or in urban environments. Especially northern goshawks in the urban conurbation of Berlin and red kites in all habitats were frequently exposed to rodenticides. Evidence of rodenticides in white-tailed sea eagles demonstrated that scavengers occupying habitats more distant from human-modified landscapes are subjected to exposure as well. The results, which were supported by WWF Germany, are published in the scientific journal “Environmental Research”.

Europe’s bird populations currently experience a substantial decline. Among the drivers of this decline are continued urbanisation, growing intensification of agriculture, the massive decline of insect populations as well as chemical pollution linked to the aforementioned processes of land use. “Raptors are known to be particularly sensitive to bioaccumulating pollutants”, says Oliver Krone, bird of prey specialist at the Leibniz-IZW Department of Wildlife Diseases. Together with doctoral student Alexander Badry from Leibniz-IZW and colleagues Detlef Schenke from JKI and Gabriele Treu from UBA he now analysed in detail which substances are detectable in deceased red kites (Milvus milvus), northern goshawks (Accipiter gentilis), Eurasian sparrowhawks (Accipiter nisus), white-tailed sea eagles (Haliaeetus albicilla) and ospreys (Pandion haliaetus). The team analysed carcasses collected between 1996 and 2018.

“Rodenticide poisoning represents an important cause of death for birds of prey”, Badry and Krone conclude. “Species that facultatively scavenge have shown to be at high risk for rodenticide exposure.” The application of these pesticides is not restricted to agricultural contexts, such as barns and stables or for controlling common vole populations on arable land. Anticoagulant rodenticides are also frequently used in large-scale forest plantations and in the sewage systems and canals of towns and cities to control rodent populations. The results of the analyses demonstrated that the closer a dead bird was found to urban landscapes such as industrial areas and the urban conurbation, the more likely it was exposed to rodenticides. “It seems that urban areas pose a great risk for birds of prey in terms of exposure to rodenticides, although the extent of exposure was not linked to the urban gradient”, the authors explain. “This means that birds of prey are more likely to be exposed to rodenticides in the vicinity or inside urban areas but it does not automatically mean that more of these substances accumulate.” Species-specific traits such as facultative scavenging on small mammals or foraging on birds that have direct access to rodenticide bait boxes seem to be responsible for the extent of exposure rather than urban habitat use as such. Additionally, accumulation takes place through multiple exposures throughout the life of an individual, which is why adults were more likely to be exposed than juvenile birds.

In addition to rodenticides, the scientists also detected medical drugs such as ibuprofen (14.3 %) and fluoroquinolones (2.3 %) in the bird of prey carcasses. Among the plant protection products, they detected the insecticide dimethoate, which was allowed for use until 2019, and its metabolite omethoate as well as the neonicotinoid thiacloprid in four red kites, which were allowed for use until 2021. The scientists assume that the levels of dimethoate they found were a consequence of deliberate poisoning. The traces of thiacloprid – a substance with a very short half-life in bird organs – hint at an exposure briefly before their death.

The results of these analyses clearly show that especially rodenticides and deliberate poisoning pose a threat to birds of prey, the authors conclude. This is true both for raptors living in or near urban habitats and facultative scavengers. Known sources of these substances need to be re-evaluated in terms of their effects along the food chain, i.e. in terms of secondary poisoning and potential toxicity to birds of prey. Furthermore, the levels of rodenticides found in white-tailed sea eagles, which do not usually feed on the species that the rodenticides target, indicate that further research on the sources is needed. 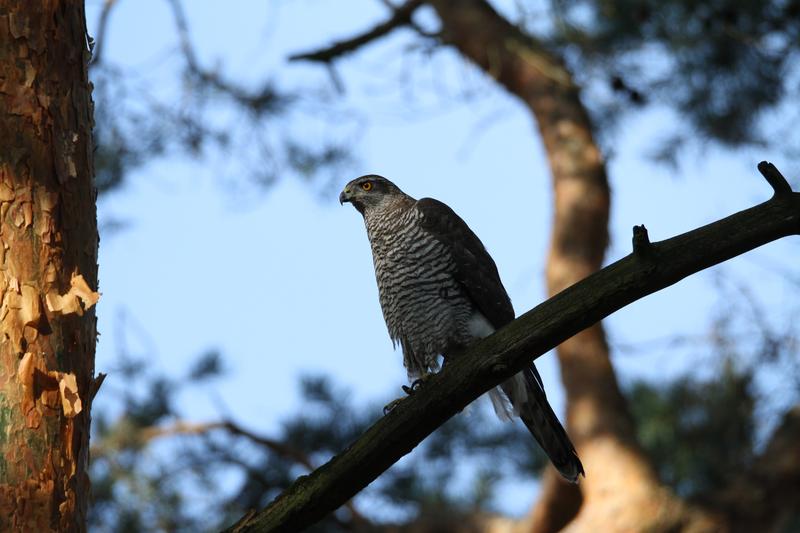