Effects of CO2 increase were already apparent in the past century

The rise in atmospheric carbon dioxide concentration and concurrent climate change has led to yield reductions of grass-rich grassland vegetation in the past century. This observation was made by researchers at the Technical University of Munich (TUM) who, working jointly with colleagues from Rothamsted (U.K.), conducted a study on the world’s oldest permanent ecological experiment there.

“Based on field experiments with increased carbon dioxide concentration, artificial warming, and modified water supply, scientists understand quite well how future climate change will affect grassland vegetation. Such knowledge is largely missing for effects that already occurred in the last century,” says Hans Schnyder, Professor of Grassland at the TUM.

Based on the Park Grass Experiment at Rothamsted (http://www.era.rothamsted.ac.uk/Park), researchers have now shown that future predicted effects of climate change on the nutrient status of grassland vegetation have already taken hold in the last century.

Since 1856, research at Rothamsted has been testing the effects of different fertilizer applications on yield performance and botanical composition of hay meadows. Harvested material has been archived since the experiment began. This material is now available to researchers for studies of vegetation nutrient status, and the carbon and oxygen isotope composition of biomass.

“The increase in atmospheric CO2 concentration also affect the carbon, water, and nitrogen cycles in grasslands as well as other biomes,” says Professor Schnyder. The mechanism that controls gas exchange with ambient air (the stomatal conductance of the plant canopy) is a key player in these cycles.

Plants control how far their stomata, small pores in the leaf epidermis, open to optimize the balance between carbon dioxide uptake (photosynthesis) and water loss (transpiration). With increased CO2 exposure, they reduce stomatal aperture to save water. This effect is particularly efficient in grasses. However, a reduction in transpiration leads to a reduced mass flow from the soil to the roots and leaves, which can result in reduced nitrogen uptake and feed back to weaken photosynthetic capacity.

Yield reduction and deterioration of the nitrogen nutrition status

Combining the new analyses of oxygen and carbon isotope composition, nitrogen and phosphorus in biomass, and yield and climate data, the research team, led by Professor Schnyder, analyzed the physiological effects of the emission-related increase in CO2 concentration (about 30%) and associated past climate change.

They found that in particular the grass-rich communities that were heavily fertilized with nitrogen experienced a deterioration in their nitrogen nutrition status. Climate change also resulted in greatly reduced stomatal conductance (now detectable with the new research methods) and significantly reduced yields.

The core element of the researchers’ observations is the hypersensitive CO2 response of stomata in grasses which they believe limits transpiration-driven nitrogen uptake.

Nitrogen fertilization has no positive effects on grassland yield performance

“We also observed that fields that were heavily fertilized with nitrogen, and therefore rich in grass, largely lost their yield superiority over forbs- and legume-rich fields that were either less or completely unfertilized with nitrogen despite being otherwise equally supplied with nutrients over the course of the last century,” says the first author of the study Juan Baca Cabrera, who is pursuing a doctorate at the TUM’s chair of Grassland.

In the researchers’ view, the results indicate that restraining nitrogen supply to grasslands in the future would enhance the yield contribution from forbs and legumes while at the same time would help limit nitrogen emissions to the environment. Professor Schnyder states, “Our findings are important for understanding the importance of grasses in earth systems and provide guidance for sustainable future grassland use.” 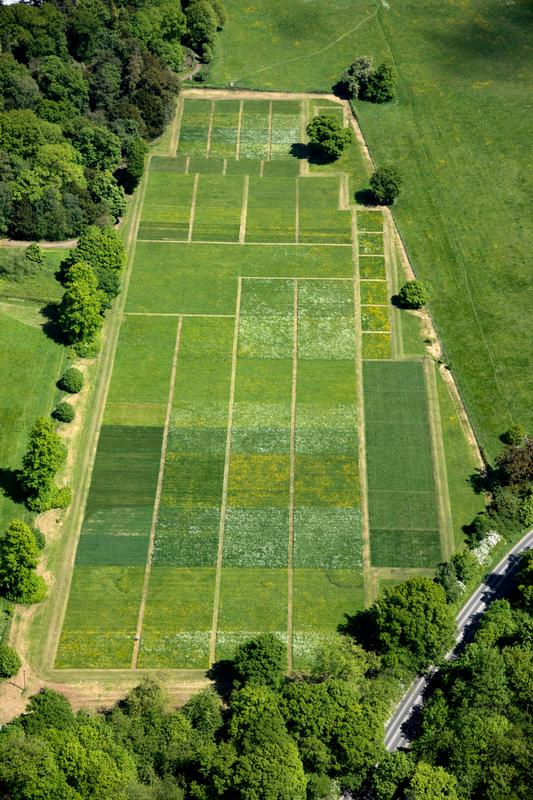