Genetic regulation of blood cells: proximity of a gene to a genetic change plays an important role

In partnership with a working group at the University of Groningen and an international consortium, researchers at Leipzig University’s Faculty of Medicine have gained significant new insight into the genetic regulation of blood cells. They achieved this by analysing a dataset that included more than 31,000 study participants, to date the largest dataset of its kind. The results have now been published in the journal Nature Genetics.

Genetic causes of traits and diseases are being intensively researched today. And more than 250,000 such connections are now known. In many of these cases, however, it is unclear how the genetic variant found affects the corresponding trait. One possible explanation is that the genetic variant affects gene expression, that is, how the gene is read, and thus alters trait expression.

The international eQTLGen Consortium has therefore conducted large-scale research on how genetic variants influence the expression of genes in the blood. A major finding of the study was that genetic regulations were found in close proximity to the gene in 88 per cent of all the genes analysed. These are called cis effects. It was also shown that 37 per cent of the trait-related genetic variants studied were regulated by distant genes, a phenomenon called trans effects.

Mechanisms identified that determine the first occurrence of menstruation

The many cis and trans effects on gene expression found offer numerous new ways to explain molecular relationships for a wide range of traits and diseases. For example, researchers identified trans mechanisms caused by the gene ZNF131 that determine the first occurrence of menstruation. In some cases, these mechanisms have already been confirmed in the laboratory. Another such example is new mechanistic insight into how the FADS1 and FADS2 genes influence fatty acid metabolism.

“The results significantly expand our knowledge of how gene expression in the blood is regulated and go far beyond the information in databases currently available such as GTEx, the world’s largest database to date,” said Professor Markus Scholz. “We expect this to provide us a better understanding of genetic associations. Although not typical for the sciences, other study groups were already using the data from our study to interpret the genetic associations they found before it was even published,” said the Leipzig bioinformatics researcher.

The Consortium, established in 2014, included 37 studies with a total number of 31,684 subjects and patients. Leipzig University’s Faculty of Medicine contributed significantly to the overall numbers as the data analysed from its three cohorts (Sorben, LIFE Adult and LIFE Heart) came from 7524 individuals. “This underscores the high relevance of the renowned cohort programmes in Leipzig,” said Professor Scholz.

The Consortium was established by researchers from the Institute of Medical Informatics, Statistics and Epidemiology (IMISE) and led by a team from the University of Groningen. The researchers also developed a comprehensive analysis plan together. “The analyses are very complex because, for one thing, several billion tests are performed and the control of the error rate has to be tailored to the type of correlations being studied,” said Dr Holger Kirsten, a researcher at IMISE.

How do genetic variants influence traits? 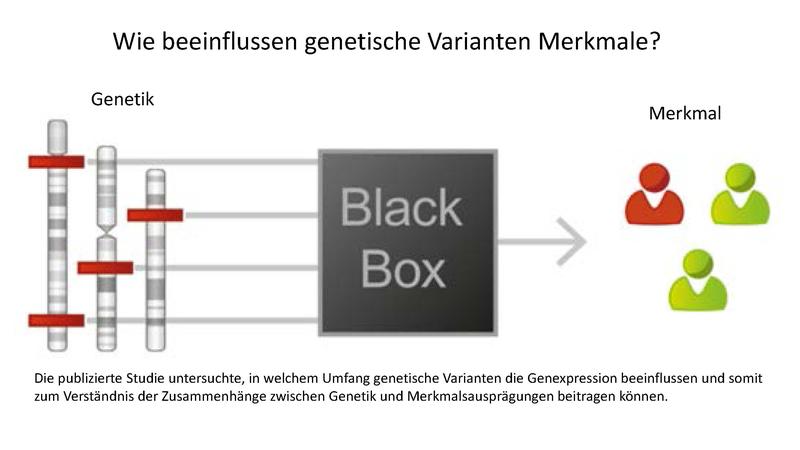