An important foundation stone has been laid for the planned establishment of a DFKI research lab in Japan: A cooperation agreement was signed with Osaka Metropolitan University, which describes the further procedure on the way to the "DFKI Lab Japan".

DFKI had already been working successfully for years with Osaka Prefecture University, which recently merged with Osaka City University this year to form Osaka Metropolitan University (OMU), making it the largest public university in Japan. The signing of the cooperation agreement has now initiated the process that will result in the establishment of an official DFKI branch at OMU.

Osaka Metropolitan University President Prof. Masahiro Tatsumisago: "The partnership between OMU and DFKI began before the OMU merger, and it developed through years of collaborations in fundamental and practical research in the field of artificial intelligence. With this cooperation agreement, I am certain that the bond between OMU and DFKI will be even stronger, and we will work more closely together to transfer our knowledge and technologies to practice, as well as fostering young researchers and students."

Prof. Dr. Antonio Krüger, CEO of DFKI: "DFKI's planned strategic expansion to Japan is based on a long-standing good partnership with Osaka, Japanese institutes and companies and a common philosophy: to use artificial intelligence for the benefit of people and society. We look forward to expanding our cooperation with Japan, as a high-tech country and like-minded partner, even further in international competition and deepening it in topics relevant to the future."

"With the DFKI Lab Japan, we want to intensify the existing good relationships and cooperations with Japanese universities, research institutions and companies, consolidate them in the long term and establish the DFKI brand even more strongly in Japan. After the worldwide pandemic made international exchange difficult in the last two years, we are all the more pleased to finally be able to take the next step on this path. With Prof. Dr. Koichi Kise, we have succeeded in gaining a renowned Japanese AI researcher as a link, who has also known DFKI very well for decades," Andreas Dengel, Executive Director of DFKI Kaiserslautern and Distinguished Honorary Professor at OMU, is also pleased.

Koichi Kise, Professor of Core Informatics and a long-standing research partner of DFKI, was selected as the director of the "DFKI Lab Japan" project. Initially, the scientific exchange will be further intensified, legal framework conditions will be explored and funding potentials will be identified. The focus of the joint research will be on the areas of smart city, smart university, self-education and teaching, as well as medical applications.

Prof. Koichi Kise: "We have been working successfully with Professor Dengel and the DFKI for more than 25 years, promoting joint research and the exchange of personnel. That we are now launching the first DFKI Lab outside Germany at our university is a milestone in our cooperation. I look forward to our exchange becoming even more active and to positively impacting society internationally with our joint research - by jointly advancing the development of human-centric AI technology."

About OMU:
Osaka Metropolitan University is a new public comprehensive university established by a merger between Osaka City University and Osaka Prefecture University in April 2022. For more news, see https://www.omu.ac.jp/en/.

About DFKI:
The German Research Center for Artificial Intelligence (DFKI) has operated as a non-profit, Public-Private-Partnership (PPP) since 1988. Today, it maintains sites in Kaiserslautern, Saarbrücken, Bremen, laboratories in Berlin, Lower Saxony and Darmstadt, as well as branches in Lübeck and Trier. DFKI combines scientific excellence and commercially-oriented value creation with social awareness and is recognized as a major "Center of Excellence" by the international scientific community. In the field of artificial intelligence, DFKI has focused on the goal of human-centric AI for more than 30 years. Research is committed to essential, future-oriented areas of application and socially relevant topics. Currently, with a staff of about 1,480 employees from more than 65 countries, DFKI is developing the innovative software technologies of tomorrow. The financial budget was 76.3 million euros in 2021. 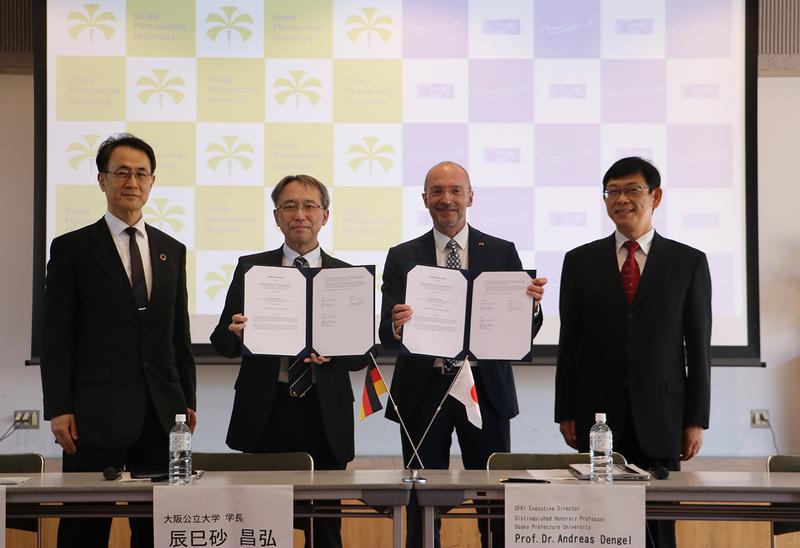 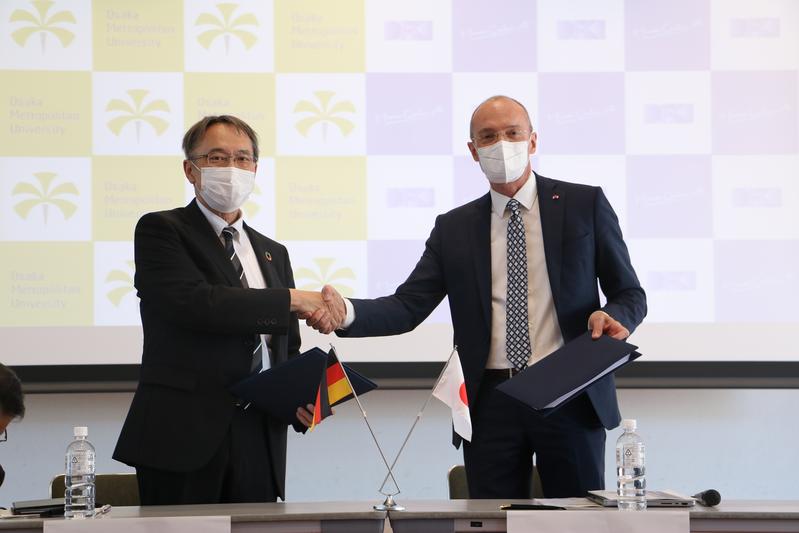