The idw scientific information service publishes some 20,000 press releases from all fields of science every year. In this regard, idw maintains a high quality standard. In order to promote the standard, idw has been staging its own annual prize contest since 2009. 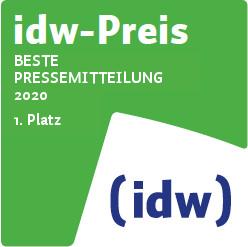 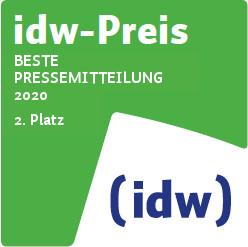 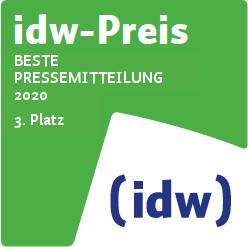 All press offices connected with idw are eligible to take part in the idw Award for Science Communication by entering one of their press releases from the previous year. Numerous press offices from Germany and other countries enter the contest every year. An independent expert jury selects the best three articles from all of the entries. Award-winning press releases are scientifically relevant articles of high professional quality and outstanding news value (relevance and originality).

The winning entry is awarded €2,000 in prize money, plus a plaque for public display to publicise the success on a permanent basis. The second prize carries €1,000 in prize money, the third €500. The awards are presented at an official ceremony in conjunction with the annual general meeting of idw.

Incidentally, the award is not granted to the author of the press release, but to the entire press office instead – since a good press release is often the result of successful teamwork. The prize money is destined for further quality assurance and the improvement of quality standards in communication.

The idw team in Bayreuth has moved into a new office on August, 1st. The new address is: Informationsdienst [...]

The general member meeting of Informationsdienst Wissenschaft (idw) e. V. was held on 25th of March [...]