First flat, then colour, then round!
Erweiterte Suche ?

Home > Pressemitteilung: First flat, then colour, then round!

First flat, then colour, then round!

The film of the future surrounds viewers with high-resolution pictures in brilliant colours. At the IBC in Amsterdam, Fraunhofer FIRST demonstrates how the idea can be realized even in a conventional movie theatre or with a high-quality home cinema system. Enjoy the surround cinema experience at booth C81 in Hall 8.

Since the first moving pictures flickered across the movie screen over 100 years ago, film has undergone tremendous developments both visually and audibly. While black and white silent movies offered an experience that was still far from being natural, over time technical innovations have made films increasingly realistic. Important milestones in this development were the transition from silent to sound films, from black and white to colour films, from 4:3 to widescreen format, and from mono to stereo and later to surround sound.

Under the motto "first flat, then in colour, then round", Fraunhofer FIRST's presentation at the IBC shows what the next move towards an even more natural film experience might look like: an image generated by not one but multiple projectors, which are synchronized using innovative control software. This opens up fascinating new possibilities in terms of visual design and storytelling.

"One conceivable option is to extend the screen to an angle of 360° to put viewers in the middle of the action," explains Ivo Haulsen of Fraunhofer FIRST. "This means that the angle of human vision (nearly 180°) is completely filled horizontally, making the visual experience much more realistic than with conventional screens." An installation of this sort also allows storytelling techniques that are not feasible using existing film formats. For example, it enables multiple, parallel plot threads to be shown in one image, forcing viewers - as in real life - to decide for themselves which thread they wish to follow. Another alternative is to change the perspective not just by cutting away but by shifting the main action to a lateral screen. This is a new way to create suspense and achieve narrative intensity.

Fraunhofer FIRST demonstrates that surround projections are even possible in conventional movie theatres or in your own living-room. To fit in with the traditional architecture of existing cinemas, the form of the screen adapts to the shape of the auditorium. The front and side walls are integrated, the corners being heavily rounded. At the show, two projectors are used to generate the image, but a cinema may use many more.

Surround installations represent a challenge in terms of projector control because the projected images must be adapted to match the curved presentation surface to ensure distortion-free reproduction. And since the image is distributed over multiple projectors, the partial images must be perfectly edge-blended. So far, that has only been possible by manual fine-tuning. "By contrast, our software fully automates the calibration process," reveals Ivo Haulsen. To do so, it first generates a virtual model of the screen. The images generated by the projectors are matched to this model and then suitably distorted in real-time. Parallel to this, the projected images are captured by digital cameras and automatically fine-tuned using image recognition algorithms.

But the software not only facilitates film projection on curved surfaces. It can also be used as an inexpensive way to meet growing demands with respect to image sharpness and colour fidelity. To improve, say, image resolution, there is no need for a costly 4K projector. Instead, the image can be distributed over multiple projectors. The overall image then achieves a much higher resolution than would be possible using a single projector, which would have to fill the whole projection surface on its own.

We will be happy to comply with your request for graphical material. Further information is available from

<
While in today's cinema the screen is flat and attached to the front side of the theatre hall...
Fraunhofer FIRST

<
...in the cinema of the future the viewer is surrounded by pictures.
Fraunhofer FIRST

While in today's cinema the screen is flat and attached to the front side of the theatre hall... 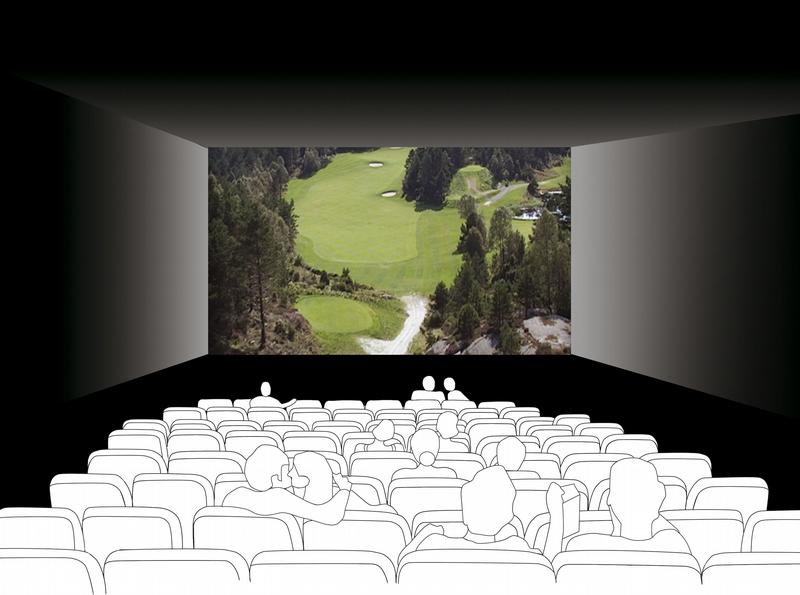 ...in the cinema of the future the viewer is surrounded by pictures. 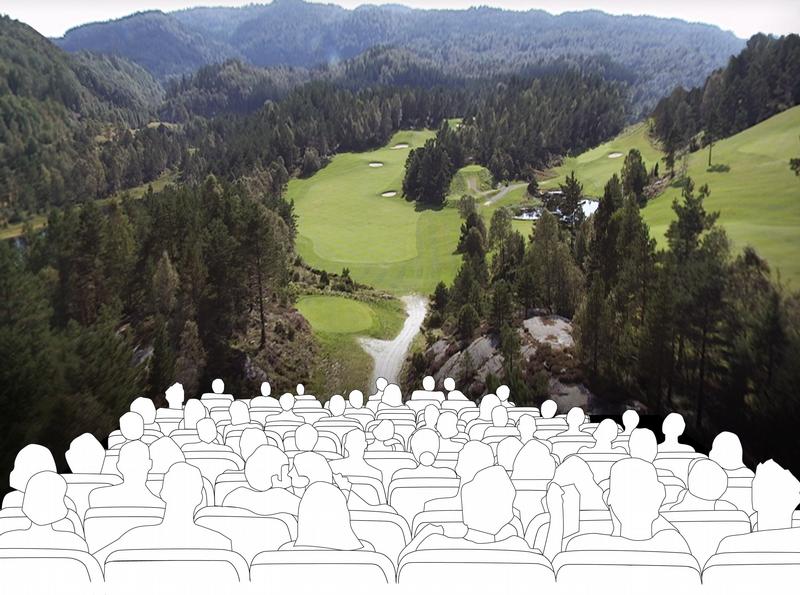