(Bonn, 20.07.09) A new monitor lizard species has been discovered on the Talaud Islands in Indonesia by German scientist André Koch from the Zoological Research Museum Alexander Koenig (ZFMK) in Bonn, during the course of a joint German-Indonesian research project. The new species was identified by using morphological characteristics and DNA analysis. Varanus lirungensis was described in the latest issue of the renowned Australian Journal of Zoology.

"The finding of Varanus lirungensis is very important because it illustrates the high diversity of monitor lizards in Indonesia" notes André Koch. Prof. Dr. Wolfgang Böhme, also from the Zoological Research Museum Alexander Koenig, adds: "After the discovery of several new species of Asian water monitors on Sulawesi and surrounding islands two years ago, this is further evidence for the underestimated diversity of Indonesian monitor lizards."

"As monitor lizards are exploited for the international trade in live animals and reptile leather, small island populations could soon be eliminated" explains Prof. Dr. Wolfgang Wägele, Director of the ZFMK. Therefore, he recommends scientific studies in these giant reptiles. Dr. Thomas Ziegler, co-author and head of the aquarium at the Cologne Zoo supports him: "The taxonomic revision of Indonesia's monitor lizards is urgently required to determine and adjust the official export quotas and define the conservation status of single island populations."

André Koch and his Indonesian co-operation partner Evy Arida from the Zoological Museum in Bogor on Java originally travelled to the Talaud Islands to study another widely distributed monitor species, the Asian water monitor (Varanus salvator). Due to their central position between the northern peninsula of Sulawesi and the Philippine island of Mindanao (see map), the researchers assumed that the small island group had served as"stepping stones" for monitors (and other animals) to spread out across the islands.

It was totally unknown, however, which species of water monitors inhabited the Talaud Archipelago. To their surprise André Koch and Evy Arida discovered, that not a water monitor but a previously unknown member of the widespread mangrove monitors around Varanus indicus inhabited the Talaud Islands. This is the most north-westerly occurrence of a member of the Varanus indicus species group in the Indo-Australian region. The hope to find the first case of a common occurrence of the two monitor species groups was not accomplished in the end; probably because both seem to exclude each other due to their very similar life habits.

The hypothesis that the Talaud Islands served as migration route between the Philippines and Sulawesi has to be rejected, or at least restricted. This insight is supported by a comparison of the remaining amphibians and reptiles of the Talaud Archipelago which was also published by André Koch and colleagues in the currentissue of the Bonner Zoologische Beiträge.

The Southeast Asian island nation of Indonesia is well known for its extraordinary biological richness and diversity. It is one of the biodiversity hotspots of our planet, a mega diversity country. This is not just true for coral fishes or butterflies and other small insects, but also for the large predators in this region, the monitor lizards (genus Varanus); first and foremost the famous Komodo dragon. Studies of the mangrove monitor group around Varanus indicus bought repeated surprises in the past, as previously unknown and
colourfully-marked species were discovered. Mostly, these new species reached Europe and Germany through the international reptile trade, or were encountered in old museum collections where their real identity had often lain unrecognized for several decades. Not so, however, with the latest new monitor species which was discovered by the joint German-Indonesian research team on a remote Indonesian island group.

At the present time the new species, Varanus lirungensis, is only known from the small Talaud Island group located in the centre of the Indo-Australian Archipelago between Sulawesi, the Philippines and the Moluccas (see map). The scientific name lirungensis refers to the small village of Lirung on Salibabu Island where the new species was first located. Salibabu is the second largest island of the Talaud group.

Koch A., Arida E., Riyanto A. & Böhme W. 2009.
Islands between the realms: a revised checklist of the herpetofauna of the Talaud Archipelago, Indonesia, with a discussion about its biogeographic affinities. Bonner Zoologische Beiträge, 56(1/2): 107-129.
Link:
http://zfmk.de/web/ZFMK_Mitarbeiter/KochAndr/Publikation_neu/Koch_etal_2009_Tala...

Note: The use of the photos is free of charge for reporting about this press release.

The Zoological Research Museum Alexander Koenig (ZFMK) is one of the largest natural history research museums in Germany. The museum has earned its reputation as a leader in the documentation, research, and interpretation of biodiversity. The ZFMK is under the jurisdiction of the State of Nordrhein Westfalia. The official authority to which it reports is the Ministry of Innovation, Science, Research, and Technology of the State of Nordrhein Westfalia in Düsseldorf. The national and international significance of the research conducted in the museum, and hence its trend-setting work, conforms to national interests. Accordingly, half of the research costs in the annual budget, consisting of ca. 3.5 million Euro, is provided by the federal government. The museum maintains 49 permanent positions (14 of which are held by researchers), as well as 130 additional employees (comprising 15 researchers undertaking externally funded projects, 100 doctoral, masters, and undergraduate students, and 15 volunteers). The Museum Koenig is a member of the Leibniz community (WGL), a a union of scientifically, judicially, and economically independent research and service institutions which, as non-university institutions of national interest, are funded by an individually fixed proportion of the federal government budget.

The Leibniz Association comprises 86 research institutions which address scientific issues of importance to society as a whole. They provide infrastructure for science and research and perform research-based services - liaison, consultation, transfer - for the public, policy makers, academia and business. They conduct research ranging from natural science, engineering and environmental science via economics, social science and infrastructure research to the humanities.

The typical Leibniz institute is a compact, flexible unit of excellence. Each institute works in a thematically defined, groundbreaking research field. An interdisciplinary approach and academic freedom characterise the work, which has a strategic mission: The research tasks at Leibniz institutes span knowledge-oriented basic research and applied research and build a bridge between them. The institutes cooperate with universities, institutions belonging to other research organisations and commercial enterprise at national and international level. 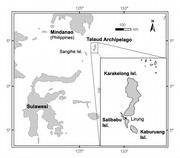 <
Map of Central Indonesia showing the restricted distribution range of the new monitor species on the ...
André Koch, ZFMK
None 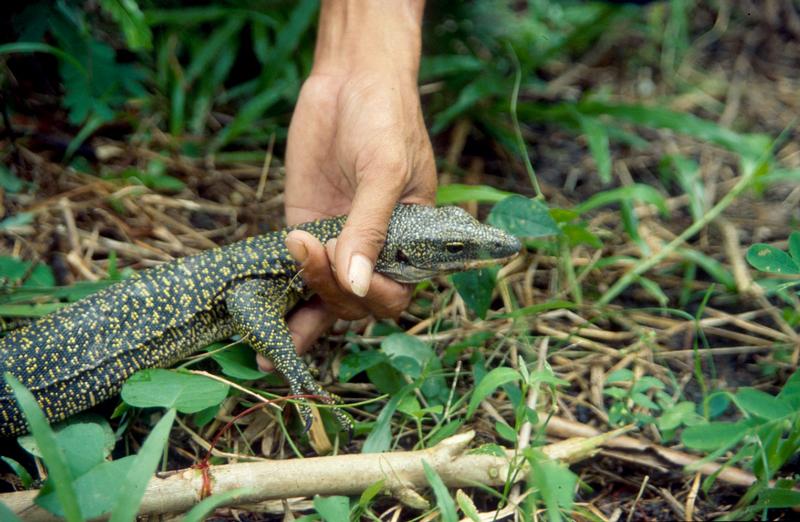 Map of Central Indonesia showing the restricted distribution range of the new monitor species on the remote Talaud Archipelago between North Sulawesi and the Philippines. 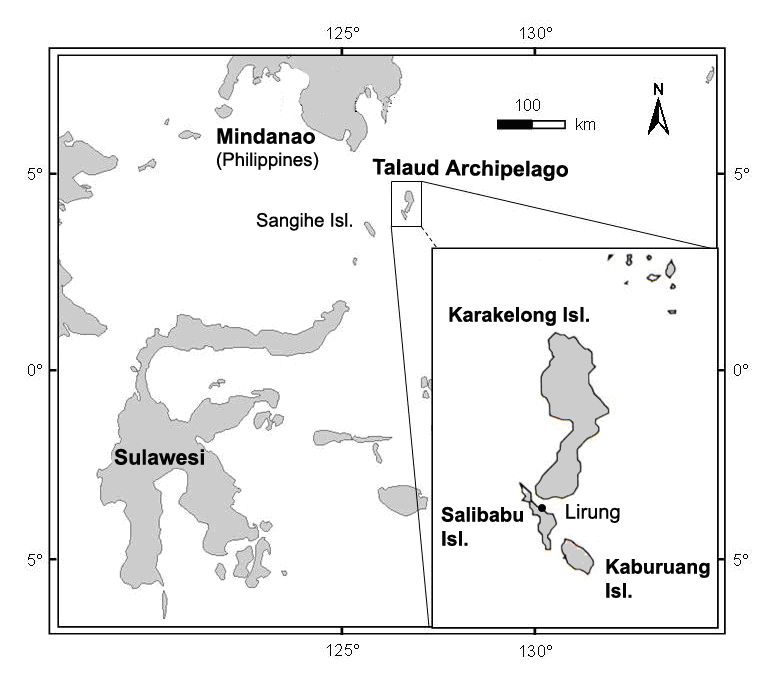