A substance found in breast milk can kill cancer cells, reveal studies carried out by researchers at Lund University and the University of Gothenburg, Sweden.

Although the special substance, known as HAMLET (Human Alpha-lactalbumin Made LEthal to Tumour cells), was discovered in breast milk several years ago, it is only now that it has been possible to test it on humans. Patients with cancer of the bladder who were treated with the substance excreted dead cancer cells in their urine after each treatment, which has given rise to hopes that it can be developed into medication for cancer care in the future.

Discovered by chance
HAMLET was discovered by chance when researchers were studying the antibacterial properties of breast milk. Further studies showed that HAMLET comprises a protein and a fatty acid that are both found naturally in breast milk. So far, however, it has not been proven that the HAMLET complex is spontaneously formed in the milk. It is speculated, however, that HAMLET can form in the acidic environment of the babies' stomachs. Laboratory experiments have shown that HAMLET kills 40 different types of cancer, and the researchers are now going on to study its effect on skin cancer, tumours in the mucous membranes and brain tumours. Importantly, HAMLET kills only cancer cells and does not affect healthy cells.

Studying the integration of the substance
Researchers at the University of Gothenburg are focusing on how HAMLET can be taken up into tumour cells. The researchers, Roger Karlsson, Maja Puchades and Ingela Lanekoff, are attempting to gain an in-depth understanding of how the substance interacts with cell membranes, and their findings were recently published in the prestigious journal PLoS One. 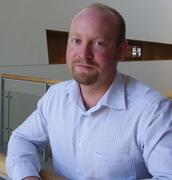 <
Roger Karlsson, researcher at the Department of Chemistry, University of Gothenburg
Universität Göteborg

Microscope images that show HAMLET's interaction with biological membranes. Using a red, fluorescent substance that shows the location of HAMLET, the researchers can clearly demonstrate that it binds to the cell membrane of a tumour cell. 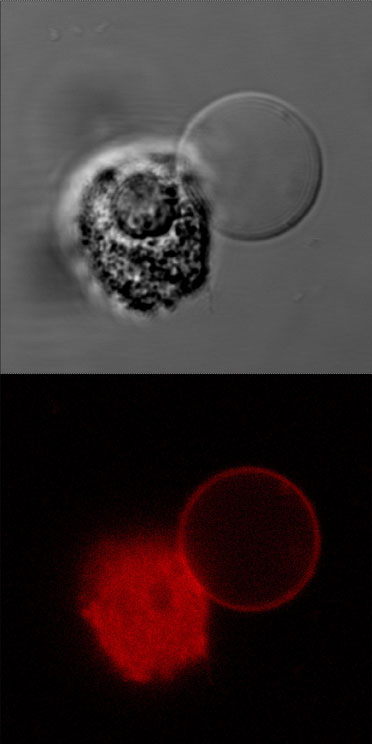 Roger Karlsson, researcher at the Department of Chemistry, University of Gothenburg 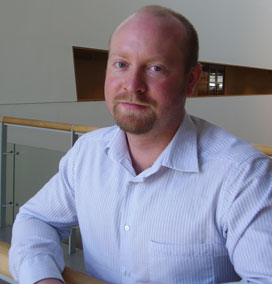