In Japan, the hon-shimeji mushroom is a delicacy costing up to SEK 8,000 a kilo (800 Euro). Now a student at the University of Gothenburg, Sweden, has discovered that this tasty fungus also grows wild in Sweden.
“There will undoubtedly be a lot of interest in Sweden, and definitely in Japan once these discoveries become known there,” says Henrik Sundberg, who conducted the study.

Lyophyllum is a family of many different species of fungi. One of them is Lyophyllum shimeji, previously believed to grow only in the Far East. In Japan, the hon-shimeji – or “true shimeji” – is a delicacy, and so rare that a kilo of Japanese mushrooms of perfect quality can fetch as much as SEK 8,000 (800 Euro). Then, two years ago, came indications that the species also grows in Sweden.
“We were visited by a Japanese mycologist who found a fungus on a pine heath outside Skellefteå which she thought was similar to hon-shimeji,” says Henrik Sundberg, a student at the Department of Plant and Environmental Sciences at the University of Gothenburg. “Using molecular techniques, we’ve now been able to show that this northern Swedish fungus is identical to the Japanese one.”

Not the first fungal discovery
This is not the first time that a Japanese gourmet mushroom has been found in northern Scandinavia. Just over a decade ago, researchers were able to show that the Swedish mushroom Tricholoma nauseosum was identical to the Japanese species Tricholoma matsutake. Interest in the Swedish matsutake has been huge, and Japanese mycologists and traders have made their way to the country’s northern forests to study the fungus.

Molecular examination gave the answer
It was also the Swedish matsutake that led Japanese mycologist Etsuko Harada to the forest outside Skellefteå where she found the Swedish hon-shimeji in August 2008.
“After getting a positive response from Japanese mycologists, we became more and more convinced that we were on the trail of a Japanese delicacy,” says Sundberg. “When we found more the following year, we started up a project to examine the fungus using molecular techniques. We were soon able to show that the Swedish and Japanese fungi are, without a doubt, identical.”

Thrive on pine heaths
So far the Japanese fungus has been found on sparse pine heaths and flat-rock forests from Umeå to Gällivare in northern Sweden, as well as in Dalarna in the middle of the country. The reason why it did not previously attract attention is partly that it was lumped together with related species, and partly that nobody made the link with hon-shimeji. Finds in Norway and Finland suggest that the fungus is probably found throughout the taiga belt of boreal forest from Scandinavia to China and Japan, and maybe even in other areas with a temperate climate and pine forests, such as Scotland, Canada, the USA and Central Europe.

Season in August
The Swedish hon-shimeji probably forms fruiting bodies from August through to the first frosts. It is similar in appearance to its closest relatives, Lyophyllum fumosum and Lyophyllum decastes, but does not grow in such big clusters and often has a thicker stem which swells towards the base and sparser gills.
Its discovery in Sweden is reported in Sundberg’s thesis on systematics and biodiversity at the Department of Plant and Environmental Sciences at the University of Gothenburg, and will be featured in a future issue of Swedish journal Svensk Mykologisk Tidskrift.

Shimeji
Shimeji is an umbrella name for more than 20 different fungi and translates roughly as “mushrooms that grow in deep forest during the rainy season”. These include species from several different genera, including Tricholoma, Lyophyllum, Hypsizygus and Clitocybe.
Next to the matsutake, the hon-shimeji is the most sought-after and expensive culinary mushroom in the Japanese market. Both of these gourmet mushrooms have been in rapid decline since the mid-20th century, probably due to pests attacking host trees and changes in forestry. Its scarcity means that wild hon-shimeji is currently sold only by a few specialist dealers and served at exclusive restaurants.
The Lyophyllum family has not been widely studied in northern Europe and is notorious for its lush flora of synonyms and poorly defined species. It is therefore unknown how many Lyophyllum species there are worldwide. The mushrooms examined in the study were collected by Henrik Sundberg and Niclas Bergius along with Swedish amateur mycologists, and have since been supplemented with herbarium material. 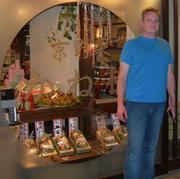 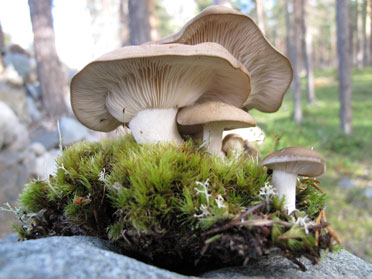 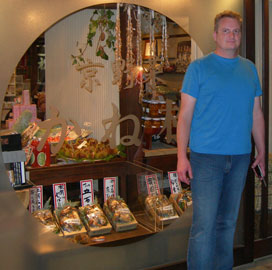