Glaciers of large mountain regions contribute, to some extent considerably, to the water supply of certain populated areas. However, in a recent study conducted by Innsbruck glaciologists and climatologists it has been shown that there are important regional differences. The results of the study are published in the scientific journal Proceedings of the National Academy of Sciences (PNAS).

In their recently published study the glaciologists and climatologists, headed by Prof. Georg Kaser and Dr. Ben Marzeion from the Institute of Geography of the University of Innsbruck, have demonstrated that the contribution potential of glaciers to the water supply of populated areas varies regionally. The scientists gathered data on the amount of precipitation on certain glaciers and calculated when the water is discharged and available in populated areas. “There is a big difference in whether the water is discharged in an arid period or in a period, when there usually is a lot of precipitation, e.g. in monsoon regions in Asia,“ explains Ben Marzeion. “And there are regions, for instance around the Aral Sea, where precipitation happens in the mountain regions in winter. The glacier melt water runoff in summer is vital for the population living in this area.“ The Innsbruck researchers modeled estimates that show human dependence on glacier melt in a certain region. They demonstrate that high-mountain communities are highly dependent on glacier melt water but the population density is usually relatively low in these regions. “The impact is a lot more dramatic in mid latitude river basins, where the population density is a lot higher and glacier melt still contributes to the available water reservoir to a large extent,“ the climatologists explain.

The incentive of the study was the widespread discussion about the impact of climate change on water availability in highly populated regions. “In the last few years numbers have been named that do not pass a closer examination,“ says glaciologist and climatologist Georg Kaser. “It is an exaggeration when it is claimed that the melting of glaciers endangers the water supply of 2 billion people.” With their study the Innsbruck scientists want to draw attention to the considerable regional differences regarding the problem of future water supply. “By all means, the expected climatic development may have detrimental effects for smaller high-mountain communities.“
The data for the study was obtained from the World Glacier Inventory, global temperature and precipitation data and the Global Digital Elevation Model. The researchers investigated the whole river basin region of certain glaciers in the Himalayas, the Andes, the Caucasus Mountains, Siberia, North America and New Zealand. “In principle, this is a simple research approach, which, nevertheless, provides us with important arguments for a more differentiated discussion in climate research,“ says Georg Kaser, who is pleased about the results of the study, which has been published in the renowned scientific journal Proceedings of the National Academy of Sciences (PNAS). “With regard to the next report issued by the Intergovernmental Panel on Climate Change (IPCC), our data can be seen as the basis for regionally more precise estimations and they show that the impact of the expected climate change may be higher in some regions than in others,” says Kaiser.

<
The researchers investigated the whole river basin region of certain glaciers in the Himalayas, the ...
Uni Innsbruck
None

The researchers investigated the whole river basin region of certain glaciers in the Himalayas, the Andes, the Caucasus Mountains, Siberia, North America and New Zealand. 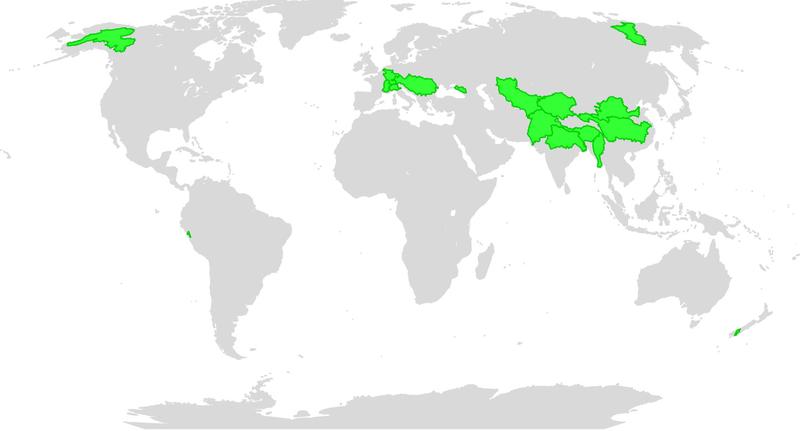