A Code for evolutionary biology

His own roots are international: born in Saarbrücken, Alexis Stamatakis was raised by a German mother and a Greek father and received his “Abitur” at the German school in Athens. As a computer scientist, one of his research interests is the evolutionary history of plants, which is quite unusual. But his motivation for that interest is data-driven: He is fascinated by analyzing large trees, because of the associated grand computational challenges that entail problems from theoretical computer science as well as from parallel computing. “Evolutionary biologists are currently generating a molecular data avalanche that is even hard to analyze on the most powerful supercomputers“, says the 34 year old scientist. “The challenge for computer science is to develop programs and methods for calculating evolutionary trees and to discover knowledge in the mass of molecular data.”

As head of the new research group “Scientific Computing” (SCO) at HITS, Alexis and his students develop methods and tools to reconstruct and post-process evolutionary (phylogenetic) trees. He also works on designing dedicated computer architectures for reconstructing phylogenies. Moreover, he is responsible for the new parallel (super-) computer system that is currently being installed at HITS and shares his expert knowledge in parallel computer architectures and parallel programming with the other five HITS research groups. At present, ten scientists and system administrators form part of SCO. In 2011 additional PhD students, PostDocs, and visiting scientists will join the group to establish a strong research program in computational molecular evolution.

“Alexis is a young, ambitious scientist who stands for the goals and philosophy of HITS. Computational methods help us to cope with the current data flood in the life sciences and to extract new knowledge from this data” says the founder of HITS, Klaus Tschira.

Alexis studied computer sciences at Munich, Lyon (École Normale Supérieure), Paris, and Madrid. In 2004 he received his PhD from the Technical University of Munich. In 2007 and 2008 he declined positions as assistant professor in the US. He worked as a postdoctoral fellow in Crete and the Swiss Federal Institute of Technology at Lausanne. In 2008 Stamatakis returned to Munich where he worked at the LMU and the TU Munich as head of a junior research group under the auspices of the Emmy-Noether program of the German Science Foundation (DFG).

His primary research objective is to develop tools for reconstructing the evolution of all living beings for which molecular (genetic) data is available, with the still distant goal to reconstruct the tree of life. Most tree reconstruction methods/algorithms face a fundamental problem which computer scientists term NP-hard (non deterministic polynomial time hard). Assume trying to reconstruct the evolutionary history based on the DNA data of fifty organisms using a scoring function (optimality criterion) that tells us how well the data fits a specific evolutionary tree (an evolutionary hypothesis).
NP-hardness means that it is impossible to score all possible trees in order to find the best one, because there are simply too many trees. “Even using all the computing power in the world, we would have to wait too long to find the optimal tree”, Alexis explains. “However, recently published phylogenetic trees don’t comprise only fifty but several thousands of organisms.”

Alexis developed the program RAxML, which allows for reconstructing huge trees, of up to 120,000 organisms. By now, his software is one of the most popular applications for phylogenetic analysis and a paper describing RAxML ranks among the most frequently cited publications in computer science that were published in the last 5 years. “RAxML is publicly available as open source code. Thereby, we provide a tool that biologists around the world can use entirely free of charge to analyze their data.“ This year, RAxML was also integrated into the SPEC-Benchmark suite for parallel computing. The programs in the SPEC benchmark suite are deployed to assess the performance of supercomputer systems.

Alexis is part of the iPlant collaborative project that was initiated by the American National Science Foundation (NSF). iPlant aims to develop and make available new computational methods and cyberinfrastructure solutions to address an evolving array of grand challenges in the plant sciences. Alexandros Stamatakis is the only involved European scientist. The German Science Foundation (DFG) is funding him in conjunction with iPlant. Alexis also is the first computer scientist to be elected as member of the council of the „Society of Systematic Biologists“.

Alexis will continue collaborations with several institutions such as the Dunn Lab at Brown University, Rhode Island/USA. Two of His PhD students benefit from an exchange programme with Imperial College London that is funded by the German Academic Exchange Service (DAAD). In cooperation with researchers from the European Molecular Biology Laboratory (EMBL), the European Bioinformatics Institute (EBI), and the University College London, Alexis will organize the 3rd workshop on „Computational Molecular Evolution“. It will take place from April 10-21, 2011 at Hinxton, near Cambridge/UK. This workshop introduces Biologists to the usage and underlying theory of computational tools for evolutionary data analysis.

HITS (Heidelberg Institute for Theoretical Studies) is a private, non-for-profit research institute. It was established in 2010 as a successor to the EML Research gGmbH. It gets its base funding from the Klaus Tschira Foundation, which was established in 1995. HITS gGmbH is jointly managed by Dr. h.c. Klaus Tschira and Prof. Dr.-Ing. Andreas Reuter. 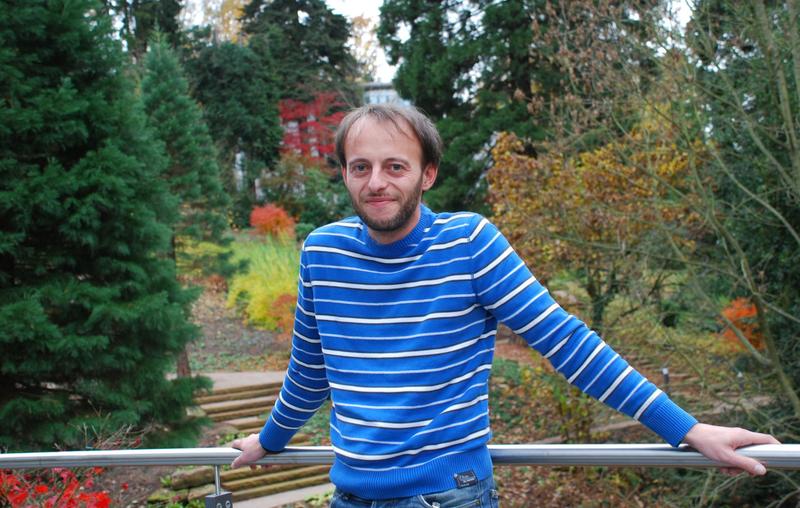