Home > Pressemitteilung: "Exceptional and Exemplary" in ...

"Exceptional and Exemplary" in Internationalizing the Doctorate Training in Engineering Sciences

Bremen Research Cluster for Dynamics in Logistics (LogDynamics) successful in competition by the German National Academy of Science and Engineering (acatech), the 4ING faculty conferences, the TU9 consortium (union of the leading technical universities in Germany), and the Working Group of Technical Universities and Colleges (ARGE TU/TH).

The concept has proven its worth, it is highly appreciated, and now the research cluster LogDynamics of the University of Bremen has also received an award for its innovative approach: In the competition "Best practices and new ideas to improve the doctorate in engineering sciences" LogDynamics won on account of its qualification program in the category "Internationalization" Today, on the 24th of May, the awards were conferred in the course of the symposium "Doctorate in Engineering – Strengths and Quality Assurance" in Berlin.

The competition was conjointly announced by the German National Academy of Science and Engineering (acatech), the 4ING faculty conferences, the TU9 consortium (union of the leading technical universities in Germany), and the Working Group of Technical Universities and Colleges (ARGE TU/TH). It is their objective to reveal the "promising strategies for a sustainable improvement of the doctorate training in engineering sciences". Now an independent, high-ranking expert group has granted awards for exemplary programs in six categories. They thus honor initiatives "which exemplarily shape out the doctorate in engineering sciences as a model of success".

LogDynamics had shown its "strength in internationalization" the evaluation explains. The jury, for example, conceived the "cultural intermixture" and the "continuous interdisciplinary cooperation", including the integration of guest researcher from abroad, to be "exemplary". "This way German doctoral candidates profit from the internationalization and, vice-versa, the international postgraduates from the exchange with their German colleagues."

Logistic problems can only rarely be solved satisfactorily by one single discipline, and because of globalization they are of international relevance. For this reason, research and qualification in the research cluster have an international orientation. LogDynamics improves the doctorate training in engineering sciences with two packages of measures: an "Integrated Research Training Group" in the scope of the Collaborative Research Center "Autonomous Cooperating Logistic Processes - a Paradigm Shift and its Limitations" (CRC 637) funded by the German Research Foundation and by the "International Graduate School for Dynamics in Logistics" (IGS).

On behalf of the LogDynamics research cluster its spokesperson, Professor Dr.-Ing. Bernd Scholz-Reiter, accepted the award. "LogDynamics wanted to cross borders right from the beginning and relied on a structure of the PhD phase that prepared the scientists to cope with the new challenges of research and the economy," he says. "That we have been distinguished particularly in the category of 'internationalization' is a pleasure. The steadily increasing complexity and dynamics in logistic networks require an intensive global cooperation, and that entails both a solid scientific foundation and accordingly focused educational measures".

"Solid basis for future cooperations with partners all over the world"

"This award not only motivates us but our doctoral candidates as well," says Dr.-Ing. Ingrid Ruegge, Managing Director of the IGS, who is happy about the prize. To the IGS alone, which started with its structured, subject-focused doctoral training program six years ago, numerous highly qualified scholarship holders from 16 countries have been admitted as of today, under rigid selection criteria. The planned and realized 80 percent of foreign-country doctoral candidates at the IGS as well as the women's quota of up to 40 percent, which is conspicuously high for the engineering sciences, has been evaluated by the jury both as "exceptional" and as "exemplary".

"Here, all elements of our interdisciplinary doctoral training program successfully complement each other. This enables a productive international and interdisciplinary intermixture that crosses all borders", says Ruegge. "It's an approach that bears fruit: For example, we were able to create a sustainable exchange with researchers from Brazil, the United States, and Korea. LogDynamics thus lays solid foundations for cooperations with partners in countries relevant to logistics all over the world.

The three central task areas of the research cluster lie in fundamental research, the transfer of knowledge gained, and in educating the early stage researcher. The career advancement of doctoral candidates proceeds on four levels which are coordinated and complement each other: the CRC 637, the IGS, the Application and Demonstration Center for Mobile Technologies in Dynamic Logistic Structures "LogDynamics Lab", and the "International Conference on Dynamics in Logistics" (LDIC).

<
In the competition “Best practices and new ideas to improve the PhD thesis for engineers” of the Ger ...
Photograph: Harald Rehling, University of Bremen
None

<
Technical discussions among doctoral candidates of the International Graduate School for Dynamics in ...
Photograph: Harald Rehling, University of Bremen
None

In the competition “Best practices and new ideas to improve the PhD thesis for engineers” of the German National Academy of Science and Engineering (acatech), Bremen’s Research Cluster for Dynamics in Logistics (LogDynamics) was awarded in the category of “internationalization.” Among other aspects, the realization of new interdisciplinary qualification measures at the International Graduate School for Dynamics in Logistics (IGS was distinguished as “exemplary”. 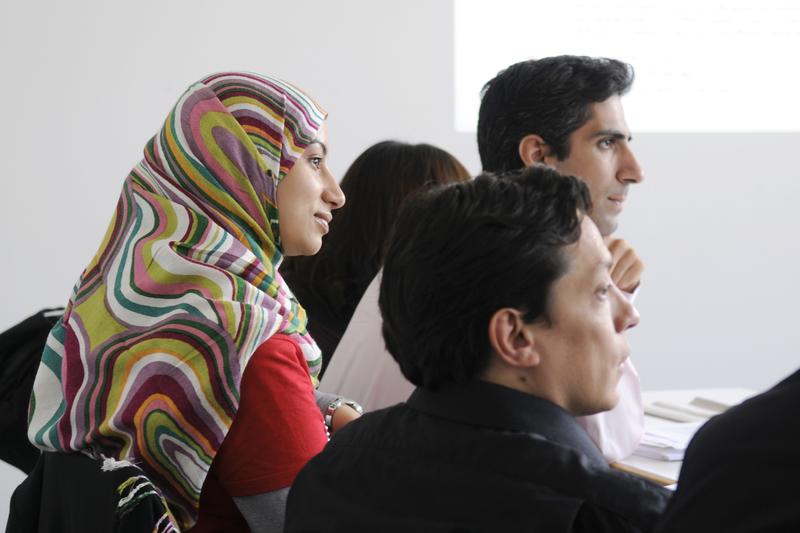 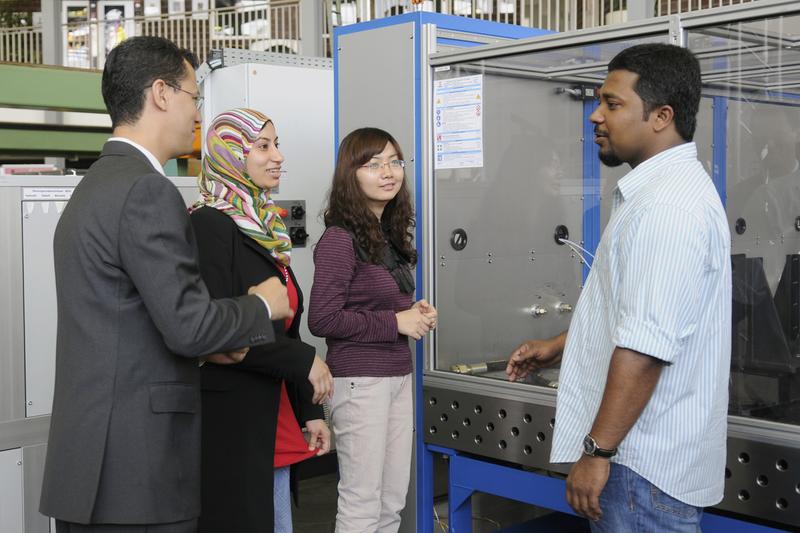