Late last week, an international group of scientists took a step closer to their goal to produce cultured meat. They agreed on important common positions about how to bring the research forward during a workshop in Gothenburg, Sweden, arranged by Chalmers University of Technology and the European Science Foundation.

Many technology components are now coming into place in order to realize the concept of cultured meat. This includes a cell source that is possible to use, several alternative processes to turn these cells into muscle cells for meat, and nutrients free of animal components which can be produced from sunlight and carbon dioxide.

In addition, a life cycle assessment of cultured meat compared to traditionally produced meat was recently published. It shows that the environmental benefits of cultured meat are very large (see attached fact sheet). For example, compared to the rearing of cattle, cultured meat would entail dramatic reductions of greenhouse gas emissions, land use and water use.

Despite these obvious advantages, the area is still very poorly funded. The interdisciplinary group of scientists has decided to form a community to try to attract more funding and to create a faster development in the area of cultured meat. During the workshop last week, they also reached consensus about important issues in the research field. For instance, the nutrients for growing the cells for meat must be produced with renewable energy and without animal products. The best source for this is to use a photosynthetic organism, such as blue-green algae.

Many important decisions remain about how to proceed in the research and development on cultured meat, and the scientists now feel that it is time to spread the discussion outside the research community.

“We want to invite all stakeholders into discussions to tackle these issues and identify in which directions to go,” says Julie Gold, associate professor in biological physics at Chalmers, and one of the convenors of the workshop. “To date, there are only limited dedicated research activities in cultured meat. To move forward, research activities have to increase substantially.”

The workshop in Sweden engaged an interdisciplinary group of 25 scientists who all have special interest in cultured meat. Some of them have specialties in tissue engineering, stem cells and food technology. Others are environmental scientists, ethicists, social scientists and economists. All of these areas have been discussed during the workshop. The result is encouraging regarding the possibility to actually be able to supply consumers with cultivated meat in the future, and the scientists have not found any crucial arguments against cultured meat.

“On the contrary, several ethical problems would be solved, especially concerning animal welfare issues,” says Stellan Welin, Professor in Biotechnology, Culture and Society, one of the convenors of the workshop.

A European Science Foundation representative took part in the workshop and appreciated the energy from all involved.

”The proposal for sponsoring the exploratory workshop on In vitro meat was enthusiastically accepted by the European Science Foundation, which recognizes in this topic a brand new scientific field, to be deeply explored, given the great potentiality for improving human welfare,” says Giovanni Pacini, ESF. 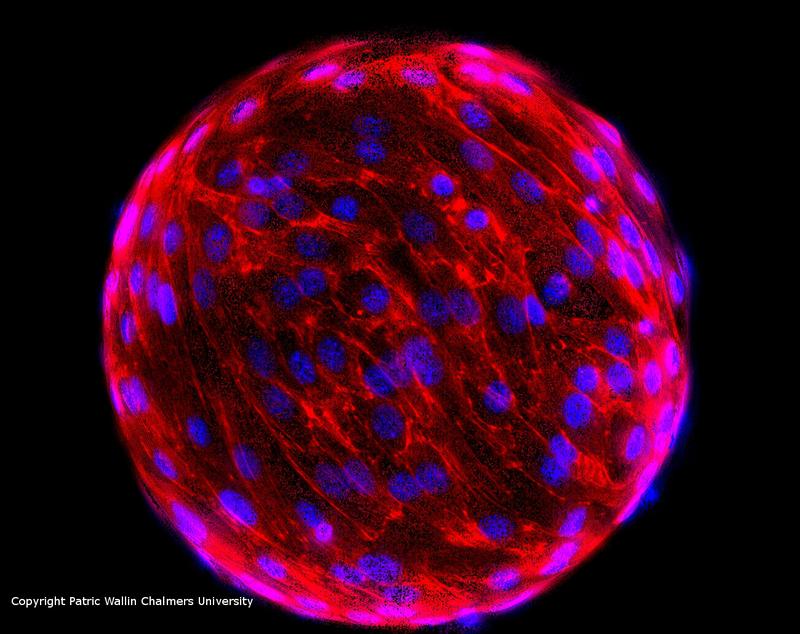 Muscle stem cells growing in a nutrient gel, on velcro. 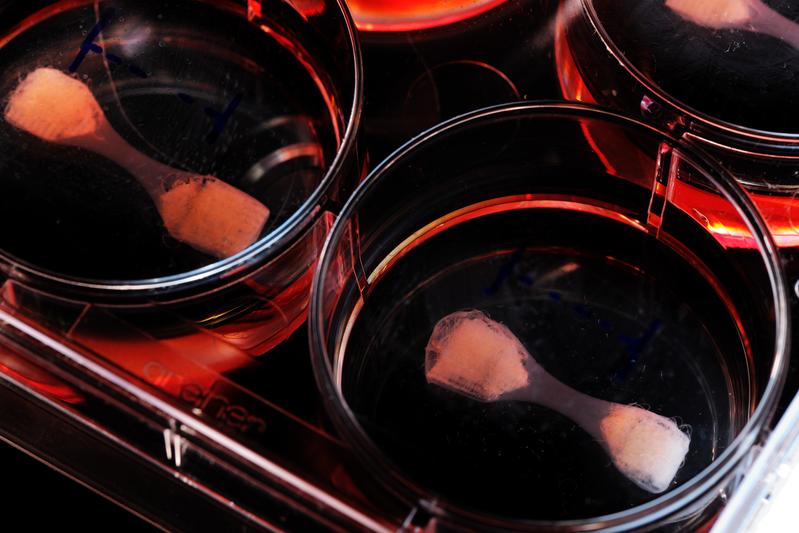