Charge separation in a molecule consisting of two identical atoms

Physicists from the University of Stuttgart show the first experimental proof of a molecule consisting of two identical atoms that exhibits a permanent electric dipole moment. This observation contradicts the classical opinion described in many physics and chemistry textbooks. The work was published in the renowned journal Science*).

A dipolar molecule forms as a result of a charge separation between the negative charged electron cloud and the positive core, creating a permanent electric dipole moment. Usually this charge separation originates in different attraction of the cores of different elements onto the negative charged electrons. Due to symmetry reasons homonuclear molecules, consisting only of atoms of the same element, therefore could not possess dipole moments.

However, the dipolar molecules that were discovered by the group of Prof. Tilman Pfau at the 5th Institute of Physics at the University of Stuttgart do consist of two atoms of the element rubidium. The necessary asymmetry arises as a result of different electronically excited states of the two alike atoms. Generally this excitation will be exchanged between the atoms and the asymmetry will be lifted. Here this exchange is suppressed by the huge size of the molecule, which is about 1000 times larger than an oxygen molecule and reaches sizes of viruses. Therefore the probability to exchange the excitation between the two atoms is so small that it would statistically only happen once in the lifetime of the universe. Consequently, these homonuclear molecules possess a dipole moment. A permanent dipole moment additionally requires an orientation of the molecular axis. Due to their size the molecules rotate so slowly that the dipole moment does not average out from the viewpoint of an observer.

Physicists from the University of Stuttgart succeeded in experimentally detecting the dipole moment. They measured the energy shift of the molecule in an electric field by laser spectroscopy in an ultra cold atomic cloud. The same group caused worldwide a stir when they created these weakly bound Rydberg molecules for the first time in 2009. The molecules consist of two identical atoms whereof one is excited to a highly excited state, a so-called Rydberg state. The unusual binding mechanism relies on scattering of the highly excited Rydberg electron of the second atom. So far theoretical descriptions of this binding mechanism did not predict a dipole moment. However, the scattering of the Rydberg electron of the bound atom changes the probability distribution of the electron. This breaks the otherwise spherical symmetry and creates a dipole moment. In collaboration with theoretical physicists from the Max-Plank-Institute for the Physics of Complex Systems in Dresden and from the Harvard-Smithonian Center for Astrophysics in Cambridge, USA, a new theoretical treatment was developed that confirms the observation of a dipole moment.

The proof of a permanent dipole moment in a homonuclear molecule not only improves the understanding of polar molecules. Ultra cold polar molecules are also promising to study and control chemical reactions of single molecules. 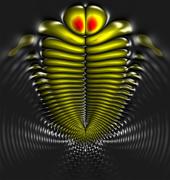 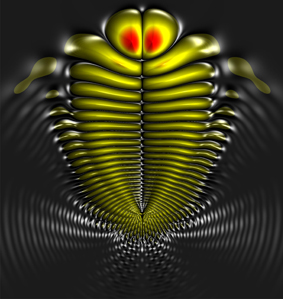