Swedish adolescents’ desire to learn a foreign language besides English, which they start learning relatively early, has been declining for a long time. A new doctoral thesis from the University of Gothenburg, Sweden, shows that one factor behind this trend may be that English is used as a resource when students learn French, Spanish and German.

Fewer and fewer adolescents study foreign languages in English-speaking countries such as the USA and the UK. They simply do not want to, since as a world language English can be used just about everywhere. In Sweden, the government has introduced incentives to learn foreign languages in addition to English in the school system.

In his study, Alastair Henry, doctoral student at the Department of Education and Special Education at the University of Gothenburg and a lecturer at University West , used questionnaires and interview material to explore the effect of using English as a resource language when learning French, Spanish and German.

While it is certainly the case that English can be useful when a student reads, listens to or writes texts in another foreign language, ‘using English as a resource language might in fact be one reason why students are not motivated to learn foreign languages and why they feel like they are not getting anywhere with their language studies,’ says Henry.

‘Students recognise similar words and phrases in English, and teachers often encourage students to use their English skills when learning French, Spanish and German. However, using English in this way activates the student’s so-called English-speaking self,’ says Henry.
As a result, the student will inevitably compare his or her different language self-concepts – a comparison that most likely will make the student less confident about his or her future skills in the studied language and therefore less motivated in the classroom.
The interviews revealed however that successful language learners often use strategies to block the negative influence of English.
‘These students often realise that comparing language self-concepts causes problems,’ he says.
Henry therefore points to the importance of teachers actively helping students develop such strategies. It is also important, he says, that teachers focus on strengthening their students’ language self-concepts.

‘The language self-concept can be enhanced by using a method common in sports psychology. Coaches often ask their athletes to visualise themselves as successful in the future, and this can be done in the language classroom as well’ says Henry.
According to Henry, it is important that teachers of additional foreign languages are aware of the fact that the use of English as a resource can be problematic and may have a negative impact on students’ motivation to learn a third language.

The thesis has been successfully defended. 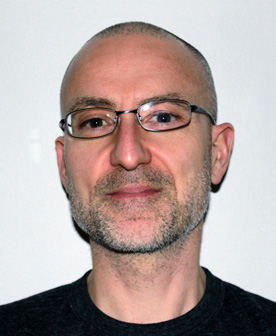