When the carbon dioxide content of the atmosphere rises, the Earth not only heats up, but extreme weather events, such as lengthy droughts, heat waves, heavy rain and violent storms, may become more frequent. Whether these extreme climate events result in the release of more CO2 from terrestrial ecosystems and thus reinforce climate change has been one of the major unanswered questions in climate research. It has now been addressed by an international team of researchers working with Markus Reichstein, Director at the Max Planck Institute for Biogeochemistry in Jena.

They have discovered that terrestrial ecosystems absorb approximately 11 billion tons less carbon dioxide every year as the result of the extreme climate events than they could if the events did not occur. That is equivalent to approximately a third of global CO2 emissions per year.

In 2003, Central and Southern Europe sweltered in a heatwave that set alarm bells ringing for researchers. It was one of the first large-scale extreme weather events which scientists were able to use to document in detail how heat and drought affected the carbon cycle (the exchange of carbon dioxide between the terrestrial ecosystems and the atmosphere). Measurements indicated that the extreme weather events had a much greater impact on the carbon balance than had previously been assumed. It is possible that droughts, heat waves and storms weaken the buffer effect exerted by terrestrial ecosystems on the climate system. In the past 50 years, plants and the soil have absorbed up to 30% of the carbon dioxide that humans have set free, primarily from fossil fuels.

The indications that the part played by extreme weather events in the carbon balance had been underestimated prompted scientists from eight countries to launch the CARBO-Extreme Project. For the first time, the consequences of various extreme climate events on forests, bogs, grass landscapes and arable areas throughout the world underwent systematic scrutiny.

The researchers working with Markus Reichstein took different approaches to their study from the ecosystem perspective. Satellite images from 1982 to 2011 revealed how much light plants in an area absorb so that they can perform photosynthesis. From this, they were able to determine how much biomass the ecosystem in question accumulates during or after an extreme weather event. The researchers also used data from a global network of 500 recording stations, some in operation for more than 15 years, which record carbon dioxide concentrations and air currents in the atmosphere a few meters above ground or in forest canopies. Calculations from these values indicate how much carbon an ecosystem absorbs and releases in the form of carbon dioxide.

The team then fed the various readings into complex computer models to calculate the global effect of extreme weather on the carbon balance. The models showed that the effect is indeed extreme: on average, vegetation absorbs 11 billion fewer tonnes of carbon dioxide than it would in a climate that does not experience extremes. "That is roughly equivalent to the amount of carbon sequestered in terrestrial environments every year," says Markus Reichstein. "It is therefore by no means negligible."

Droughts, heat waves, storms and heavy rain have not yet become more frequent and pronounced as a consequence of anthropogenic climate change. However, many climate researchers expect that they will in the future. This would mean more carbon dioxide in the atmosphere as a result of extreme weather conditions.

Periods of extreme drought in particular reduce the amount of carbon absorbed by forests, meadows and agricultural land significantly. "We have found that it is not extremes of heat that cause the most problems for the carbon balance, but drought," explains Markus Reichstein. He and his colleagues expect extreme weather events to have particularly pronounced, varied and long-term effects on forest ecosystems. Drought can not only cause immediate damage to trees; it can also make them less resistant to pests and fire. It is also the case that a forest recovers much more slowly from fire or storm damage than other ecosystems do; indeed, grasslands are completely unaffected by high winds.

The researchers also discovered that serious failures to absorb carbonare distributed according to a so-called power law, like avalanches, earthquakes and other catastrophic events. This means that a few major events dominate the global overall effect, while the more frequent smaller events occurring throughout the world play a much less significant part.

The researchers are planning more studies to improve their understanding of the consequences of extreme events. For example, they want to investigate the way the different ecosystems respond in laboratory and field experiments. "These experiments have already been carried out, but mostly they only look at extreme events which occur once in a 100 years," explains Michael Bahn, a project partner from the University of Innsbruck. "We should also take account of events which so far have only happened once in 1,000 or even 10,000 years, because they are likely to become much more frequent towards the end of this century." The researchers are also suggesting that, in a drought or a storm, satellites be directed at the area in question as quickly as possible so that the immediate effect can be recorded along with the long-term impact.

The investigations of the current study, however, show that the consequences of weather extremes can be far-reaching. "As extreme climate events reduce the amount of carbon that the terrestrial ecosystems absorb and the carbon dioxide in the atmosphere therefore continues to increase, more extreme weather could result," explains Markus Reichstein. "It would be a self-reinforcing effect."

The research into extreme weather events was undertaken over a period of four years as part of the CARBO Extreme Project by the European Commission in the 7th Framework Programme and coordinated by the Max Planck Institute for Biogeochemistry in Jena.

<
One extreme after another: Long periods of drought, such as that shown here in Greece, have the effe ...

One extreme after another: Long periods of drought, such as that shown here in Greece, have the effect that the ecosystem absorbs considerably less carbon than under normal climate conditions. Photo: Marcel van Oijen 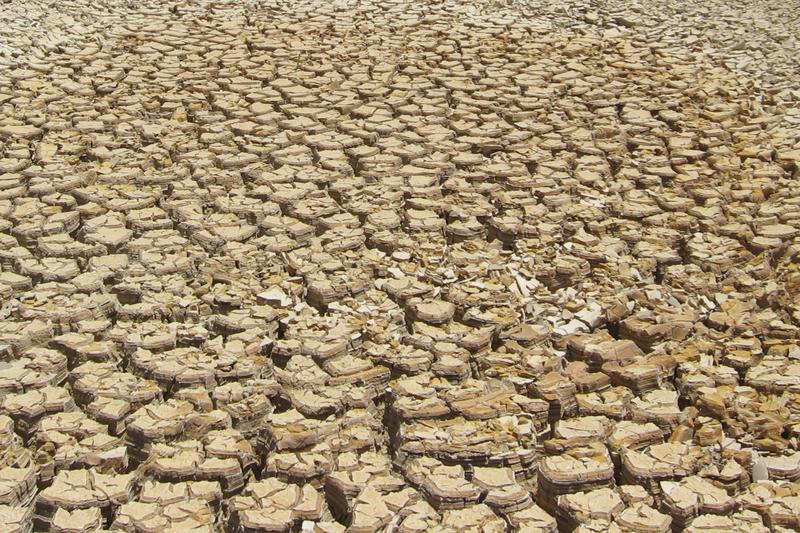