If a pair of trousers is too long, it is cut shorter. A board that does not fit into a bookcase is sawed to the right length. People often customize the size and shape of materials like textiles and wood without turning to specialists like tailors or carpenters. In the future this should be possible with electronics, according to the vision of computer scientists from Saarbrücken. Together with researchers from the MIT Media Lab, they developed a printable multi-touch sensor whose shape and size everybody can alter. A new circuit layout makes it robust against cuts, damage, and removed areas.

Today the researchers are presenting their work at the conference “User Interface and Technology” (UIST) in St. Andrews, Scotland.

“Imagine a kid takes our sensor film and cuts out a flower with stem and leaves. If you touch the blossom with a finger, you hear the buzzing of a bumblebee”, Jürgen Steimle says. He reports that programs and apps are easily imaginable to help parents connect touching a sensor film with the suitable sound effect. Steimle, 33, has a doctoral degree in computer science and is doing research at the Max-Planck Institute for Informatics. He also heads the Embodied Interaction research group at the Cluster of Excellence on Multimodal Computing and Interaction.

Simon Olberding is the doctoral candidate and the lead developer of the new sensor. He sees a further application of the new technology in so-called interactive walls used for discussions and brainstorming. “So far, such a wall frays and scuffs quickly as we hammer nails into it, stick notes or posters on it, and damage it while removing them. By customizing and pasting on our new sensor you can make every surface interactive no matter if it is the wristband of a watch, a cloth on a trade fair table, or wallpaper”, Olberding says.

As basic technology the scientists use so-called “printed electronics”. This term summarizes electrical components and devices which are printed. The approach is similar to that of inkjet printers. Instead of printing with normal ink, electrically-functional electronic ink is printed on flexible, thin films (so-called substrates). “The factory costs are so low that printing our DIN A4 film on our special printer in the lab costs us about one US dollar”, Steimle says.

But you need more than printed electronics to make a sensor robust against cuts, damage, and removed areas. So far the circuit layout of a multi-touch sensor has been similar to graph paper. The wires run horizontally, vertically, and parallel to each other. At the intersection of one parallel and one horizontal layer you find the touch-sensitive electrodes. Via the wires they are connected to a controller. This type of layout requires only a minimal number of wires, but is not robust. Since each wire addresses several electrodes, a small cut has a huge effect: many electrodes become unusable and possibly large sensor areas do not work anymore. “It was not easy to find an alternative layout, robust enough for our approach”, Olberding says. They took their inspiration from nature, looking at the human nerve system and fungal root networks, and thus came up with two basic layouts. The so-called star topology has the controller in the center. It is connected to every electrode separately. The so-called tree topology also has the controller in its center connected to each electrode separately. But the wires are bundled similarly to a tree structure. They all run through a vertical line in the middle and then branch off to reach their electrodes.

The scientists found out that the star topology supports often-used basic forms like triangles, rectangles, or ovals best. Furthermore, it is suitable for shapes commonly used for crafts, like stars, clouds, or hearts. In contrast, with the tree topology it is possible to cut out whole areas. The researchers were also able to combine both layouts in a space-saving way, so that the sensor supports all basic forms.

“We assume that printed sensors will be so inexpensive that multi-touch sensing capability will become an inherent part of the material. Users can take it to create interactive applications or just to write on it”, Steimle explains. This vision is not so far away, as a prediction from the “Organic and Printed Electronic Association” shows. The international industry association forecast that flexible consumer electronics will be available for end-users between the years 2017 and 2020.

Further questions are answered by: 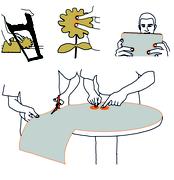 <
By customizing and pasting the new sensor you can make every surface interactive.
Saarland University
None

By customizing and pasting the new sensor you can make every surface interactive. 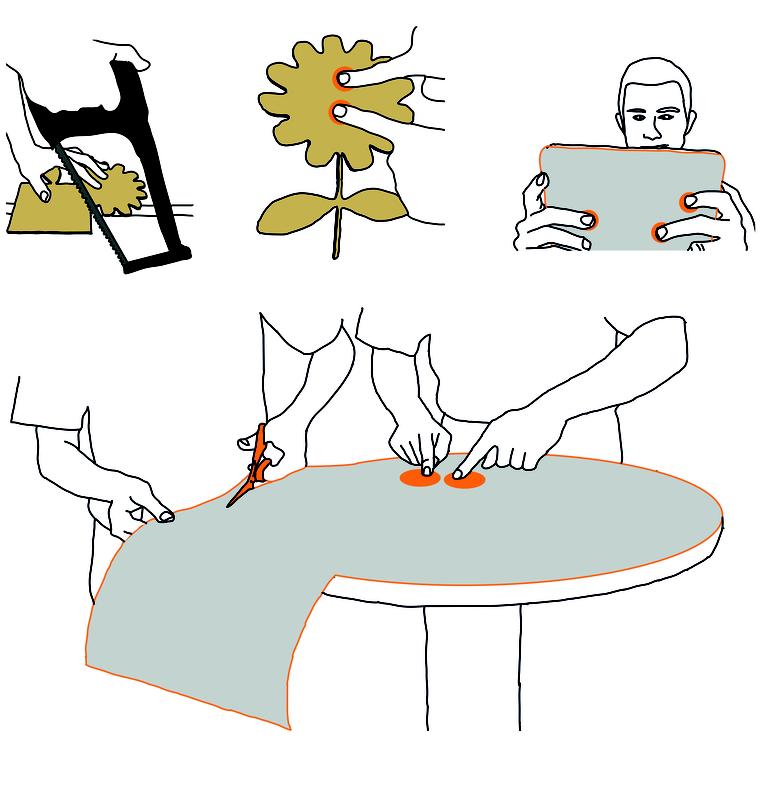