Pushing the limits of Light Microscopy

Vienna, November 28, 2013 – A team of researchers from the IMP Vienna together with collaborators from the Vienna University of Technology established a new microscopy technique which greatly enhances resolution in the third dimension. In a simple set-up, the scientists used the translation of position information of fluorescent markers into color information. Overcoming the need for scanning the depth of a sample, they were able to generate the precise 3D information at the same speed as it would take to acquire a 2D image. The general principle of this innovative approach can be used for broader applications and is published online in the PNAS Early Edition this week.

For many disciplines in the natural sciences it is desirable to get highly enlarged, precise pictures of specimens such as cells. Depending on the purpose of an experiment and the preparation of the sample, different microscopy-techniques are used to analyze small structures or objects. However, a drawback of most current approaches is the need to scan the depth of a sample in order to get a 3D picture. Especially for optically sensitive or highly dynamic (fast moving) samples this often represents a serious problem. Katrin Heinze and Kareem Elsayad, lead authors of the PNAS publication, managed to circumvent this difficulty during their work at the IMP.

Elsayad, who was part of a research team led by Katrin Heinze at the IMP, used fluorescence microscopy for his experimental set-up. The principle of fluorescence microscopy – now a common tool in biomedical research labs – is as follows: Fluorescent dyes, so-called fluorophores, are turned on by light of a certain wavelength and, as a consequence, “spontaneously” emit light of a different wavelength. Elsayad designed a thin biocompatible nanostructure consisting of a quartz microscope slide with a thin silver film and a dielectric layer. The IMP-scientist then labeled the sample – fixed or live cells – with a fluorescent dye and placed it above the coated slide.

Elsayad explains in simple terms how the biological imaging then took place: “The measured emission spectrum of a fluorescent dye above this substrate depends on its distance from the substrate. In other words, the position information of a collection of fluorophores is translated into color information, and this is what we were measuring in the end”. With this elaborate method, only one measurement is needed to determine the fluorophore distribution above the substrate, with a resolution – in the direction away from the substrate – down to 10 nanometers (1/100.000th of a millimeter). “I believe that the beauty of our method is its simplicity. No elaborate set-up or machines are required to achieve this high resolution. Once the sample is placed on the substrate, which can be mass produced, a confocal microscope with spectral detection is all that is needed”, Heinze points out.

The novel technique was already successfully tested by Elsayad and Heinze. Together with collaborators at the Institute of Molecular Biotechnology (IMBA) of the Austrian Academy of Sciences, they used it to study paxillin, a protein important for cell adhesion, in living cells. The scientists also visualized the 3D dynamics of filopodia, small cell protrusions made of bundled actin-filaments that move very quickly and have a high turnover-rate during cell migration.

Originally developed for a single fluorescent marker, the new method can be adapted for others as well.“There are numerous possibilities for further development and additional applications of the technique”, Elsayad points out. “From optical readout on chips to make faster computers, to more efficient DNA sequencing methods.” The novel technique patented by the IMP has already attracted a lot of interest from several big optical companies.

Illustration
An illustration can be downloaded from the IMP Website and used free of charge in connection with this press release: http://www.imp.ac.at/pressefoto-fluorophores

About the IMP
The Research Institute of Molecular Pathology (IMP) in Vienna is a basic biomedical research institute largely sponsored by Boehringer Ingelheim. With over 200 scientists from 30 nations, the IMP is committed to scientific discovery of fundamental molecular and cellular mechanisms underlying complex biological phenomena. Research areas include cell and molecular biology, neurobiology, disease mechanisms and computational biology.

About Kareem Elsayad
Dr. Kareem Elsayad was born in London in 1980. He received an Honorary First Class Masters in Physics from the University of Kent in Canterbury before moving to the USA (Indiana University, Bloomington) to pursue his PhD in condensed matter physics under the supervision of Prof. Carini. He subsequently moved back to Europe to develop novel super-resolution microscopes and imaging setups as a postdoc in the lab of Dr. Katrin Heinze (IMP, Vienna). Since May 2013, he heads the Advanced Microscopy Division of the Campus Science Support Facility (CSF) in Vienna, where he and his team of R& D Scientists develop and build cutting edge optical microscopes to be used by Vienna’s biomedical research community.

About Katrin Heinze
Dr. Katrin Heinze was born in Georgsmarienhütte in 1973. She studied Physics at the University of Oldenburg and then went on to do her PhD in the team of Prof. Schwille at the Max-Planck-Institute for Biophysical Chemistry. After spending two years as a postdoc in Dresden, Heinze moved to Montreal (Canada) where she joined the lab of Prof. Wiseman (McGill University). From 2007 to 2011, Katrin Heinze was head of the ‚Optical Engineering‘ group at the IMP. Since 2011, she is a group leader at the Rudolf-Virchow-Center of the University of Würzburg. 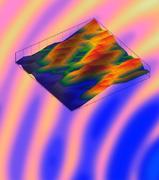 <
Visualization of Paxillin-fluctuations at the adhesion site of a murine melanoma cell, using the new ...
IMP
None 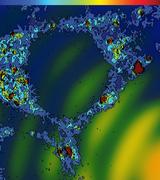 Visualization of Paxillin-fluctuations at the adhesion site of a murine melanoma cell, using the new technique. 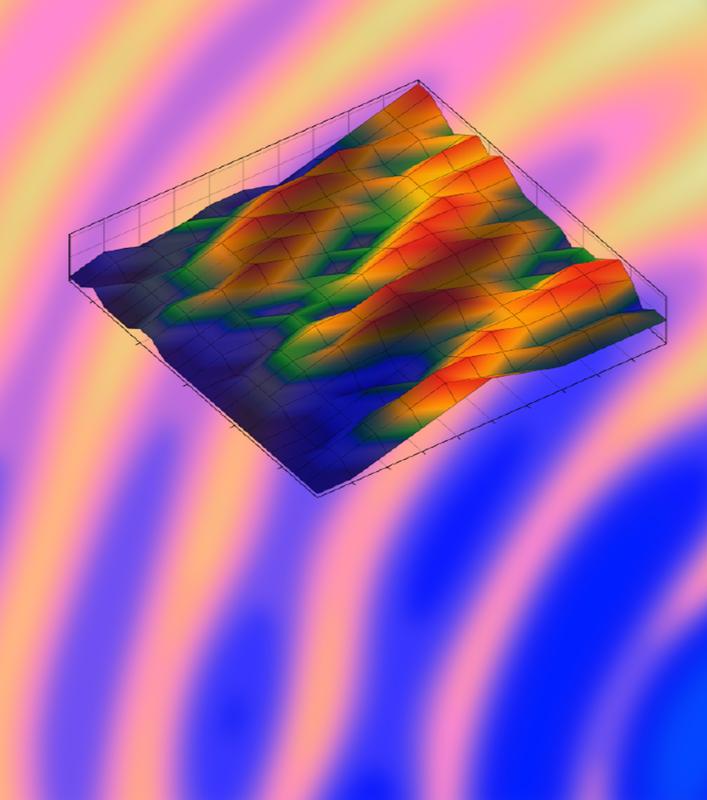 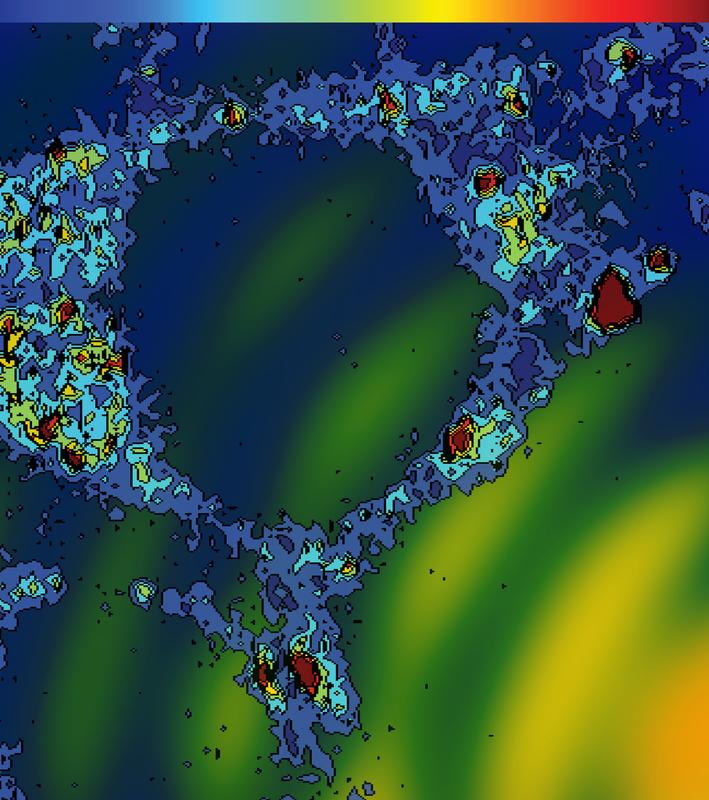