From May 7 to 9, the International Laser Technology Congress AKL’14 took place in Aachen. Alongside the classic micro- and macro-processing topics, the congress for applied laser technology also focused on a hot topic for the future: digital photonic production, which is the object of a serious medium-term drive at Aachen, with almost 70 million euros in building investments and 30 million euros in funding for collaborative research projects.

For the 10th time, the Fraunhofer Institute for Laser Technology ILT hosted the International Laser Technology Congress AKL in Aachen. The AKL takes place every two years and has developed into the largest European industry congress for applied laser technology in manufacturing. This year, 629 experts came to Aachen to exchange views about current market and technology trends as well as future-changing research and development findings, such as additive manufacturing, precision machining, and new high-power ultrafast lasers. The proportion of international visitors, who came from over 20 countries, has risen again to reach 24 percent.

The event program was based on the diverse interests of the visitors: on the first day, alongside the EU Innovation Forum “Laser Additive Manufacturing (LAM) in Aeronautics,” the seminar Laser Technology ABC’s was offered for newcomers to the technology as well as the Technology Business Day for executives and marketing managers. The second and third days were devoted to the conference proper and the Laser Material Processing – Macro, Laser Material Processing – Micro, and Laser Sources sessions.

David Belforte, the renowned laser market expert, noted right at the beginning of his presentation that the number of participants at the Technology Business Day had almost doubled since AKL’12. The focus of this year’s event was on markets for laser systems. While the global market is expected to register moderate growth to reach 10 billion euros in 2014 following two relatively quiet years, China is once again set to achieve exceptional growth of about 15 percent.
Belforte went on to emphasize that building up an indigenous laser industry has become a political priority there. Bo Gu (Bos Photonics) outlined the complex dynamics at play in the Chinese market, where over 300 local laser companies are currently competing. The fiber laser segment there is experiencing strong growth (40 percent in 2013), while systems in excess of 1 kW are still being imported for the most part. On the whole, it is expected that laser technology will continue to penetrate classic industries in China.

During his presentation, Klaus Löffler (Trumpf) addressed the global price development issue. He predicted a further fall in price per kW, albeit gradually, without steep drops. With respect to applications, he foresaw further diversification, with a constantly growing number of laser systems finding ever new applications, while he also told his listeners to anticipate shorter development times for these systems.

While demand has fallen sharply in the photovoltaics sector, he expects a whole new wave of technology investment in automobile manufacturing driven by further expansion in e-mobility. Lightweight construction in the auto industry remains a major trend. Technical challenges such as CFRP processing and the laser-assisted joining of metal and plastic have been largely resolved. In the case of CFRP processing, it was lasers that brought about a decisive advance in automation.
In summary, Löffler characterized the laser market as a multi-niche market, with some areas such as cutting and welding already very saturated while others, such as ultrafast laser applications, still exhibit considerable dynamism.

Live demonstrations at Fraunhofer ILT offered a good opportunity for direct exchange with laser technology experts. At more than 80 stations, the institute’s staff presented current projects and research findings. Topics ranged from classics like joining and cutting all the way to laser material deposition, laser polishing, and new applications in the field of life science, such as the laser-induced transfer of cells (laser-induced forward transfer, LIFT). The booths of current Fraunhofer ILT spin-offs also attracted great interest; since its foundation in 1985, the institute has given birth to some 30 successful laser technology spin-offs. This startup culture is supplemented by the spin-in collaboration model, whereby cooperation partners of all different sizes can take up residence on the Fraunhofer ILT premises and have their own R&D laboratories and offices there. Visitors to AKL’14 were able to see how successfully this model works and how it is now being expanded to a whole new scale by RWTH Aachen University as part of the RWTH Aachen Campus project. Fraunhofer ILT and the cooperating RWTH chairs coordinate the Photonics Cluster in this campus, where companies can move into a new innovation center in close proximity to Fraunhofer ILT. The groundbreaking ceremony for this building will take place in summer 2014. On a tour of the campus, guests were impressed by the site complex: extending over some 240,000 m2, it will be home to seven clusters – including the photonics one – each devoted to a different area of research.

Additive manufacturing at the AKL conference

The main part of the congress consisted of the “Laser Technology Conference” on May 8 and 9. In three multiple track sessions, new developments were discussed in the following areas: Laser Sources, Laser Material Processing – Micro, and Laser Material Processing – Macro.
In his opening speech, Rudolph Strohmeier, Deputy Director General DG Research and Innovation, European Commission, surveyed the research funding landscape of the years to come. He said that funding policy will seek to reanimate industrial involvement, which has slumped recently. The EU has earmarked 700 million euros for photonics alone over the next few years, he explained.
This year’s Gerd Herziger Session was titled “Digital Photonic Production – A New Horizon for Industrial Production.” The presentations revealed additive manufacturing as a technology that is currently making inroads into series production. This was discussed both from the perspective of a system provider (Mike Shellabear, EOS) and that of a user (William Carter, General Electric Global Research). For example, GE will manufacture 100,000 fuel nozzles for the Boeing 737 using additive methods over the next few years.

The conference proper included analyses of new applications both in lightweight construction (cutting and joining carbon-fiber reinforced plastics, or CFRPs) and in display manufacturing (glass cutting). In both cases, ultrafast lasers play a decisive role. Systems in the kW range are needed for series manufacturing, as Rudolf Weber (IFSW, University of Stuttgart) explained. His new laser system attains 1.4 kW and 4.7 mJ per pulse. In tests, the system managed to cut through CFRP components at a speed of 0.9 m/min and with a minimum heat affected zone.

Big investments to drive ahead progress in Digital Photonic Production

In his closing address, Fraunhofer ILT Director Prof. Reinhart Poprawe outlined how the Aachen institute would develop in the future. In his vision, closer interconnection both of different specialist areas and of research and industry would lead to a new infrastructure capable of responding swiftly and efficiently to the challenges of the 21st century. To achieve this, there are plans to build both a “Digital Photonic Production” innovation center in cooperation with industry (with planned building costs of 12 million euros to come from private investors) and a “Digital Photonic Production” research center for carrying out basic research (with planned building costs of 55 million euros to come from the German federal and state governments). The innovation center will be completed as early as 2015, while the research center is planned for 2018. In addition, the German Federal Ministry of Education and Research is funding the interdisciplinary “Digital Photonic Production” research campus for cooperation between science and business to the tune of 2 million euros annually over a period of 15 years. Initial funding projects are due to start in September 2014.

With its investment plan for the coming years, impressive developments are on the horizon in Aachen: together with a large number of industrial partners and the “University of Excellence” RWTH Aachen, Fraunhofer ILT will expand cross-sector development capacities for industrial laser technology. Over the long term, basic research will also be strengthened by means of the systematic pursuit of interdisciplinary teamwork on site. As a result, our high-tech location in Aachen will be ideally positioned to play a major role in resolving the social and industrial challenges of the 21st century.

Organizations who support the AKL:

<
At the exhibition held alongside the conference, visitors had plenty of opportunities to meet and sw ...
Fraunhofer ILT, Aachen.
None

<
At the exhibition held alongside the conference, visitors had plenty of opportunities to meet and sw ...
Fraunhofer ILT, Aachen.
None

At the exhibition held alongside the conference, visitors had plenty of opportunities to meet and swap ideas during the breaks. 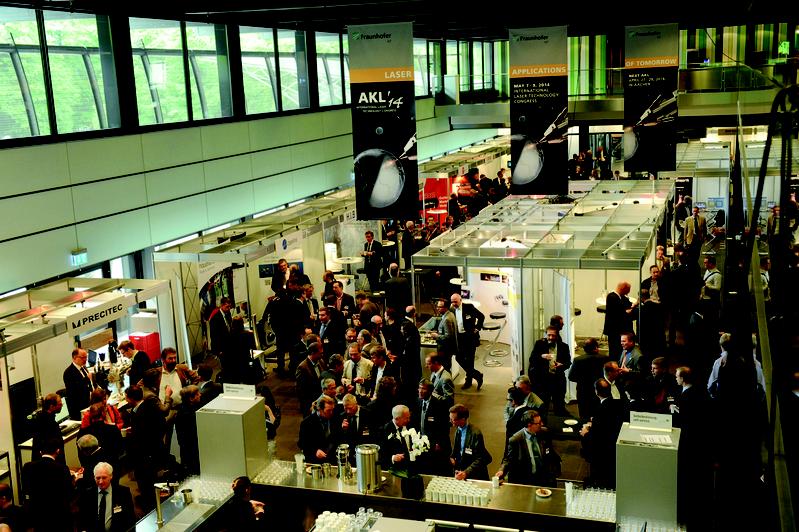 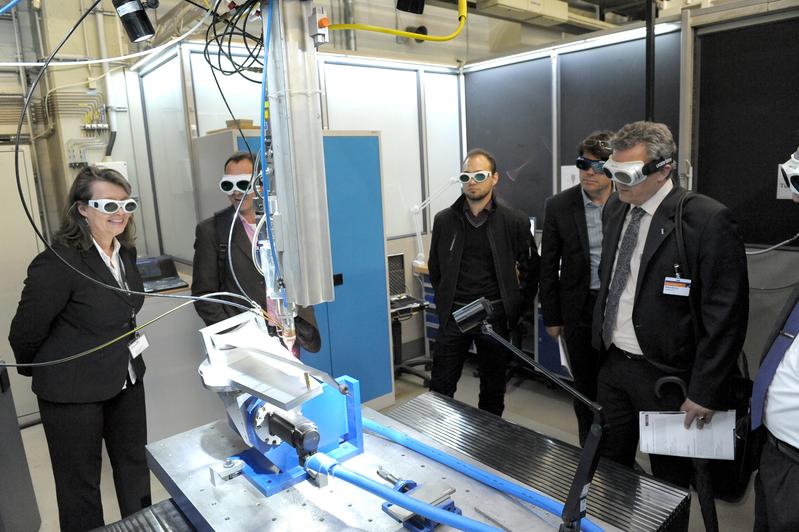