In a ground-breaking research project at the University of Gothenburg, seven Swedish women have had embryos reintroduced after receiving wombs from living donors. Now the first transplanted woman has delivered a baby – a healthy and normally developed boy. The world-unique birth was acknowledged in The Lancet on 5 October.

The uterus transplantation research project at the University of Gothenburg started in 1999 and has been evaluated in over 40 scientific articles. The goal of the Gothenburg project is to enable women who were born without a womb or who have lost their wombs in cancer surgery to give birth to their own children.

Live donors
Nine women in the project have received a womb from live donors – in most cases the recipient’s mother but also other family members and close friends. The transplanted uterus was removed in two cases, in one case due to a serious infection and in the other due to blood clots in the transplanted blood vessels.

The seven remaining women have in 2014 tried to become pregnant through a process where their own embryos, produced through IVF, are reintroduced to the transplanted uterus.

First child from a transplanted uterus
The first early pregnancy was confirmed in the spring after a successful first pregnancy attempt ina woman in her mid-30s, a little over a year after her transplantation.

In early September, the woman successfully delivered a baby by caesarean section, making her the first woman in the world to deliver a child from a transplanted uterus. Her uterus was donated by a 61-year-old unrelated woman.

The caesarean section had to be performed earlier than planned: the woman developed preeclampsia in week 32 of her pregnancy the CTG indicated that the baby was under stress. A caesarean section was performed in accordance with normal clinical routines so as not to risk the health of the mother and child.

Developing normally
According to Professor Mats Brännström, who performed the caesarean section, the perfectly healthy newborn boy is developing normally. The baby weighed 1,775 grams (3 lbs 14.6 oz) at birth, which is normal size considering the gestational age at delivery.

‘The baby screamed right away and has not required any other care than normal clinical observation at the neonatal unit. The mother and child are both doing well and have returned home. The new parents are of course very happy and thankful,’ says Professor Mats Brännström, who is leading the research project.

‘The reason for the woman’s preeclampsia is unknown, but it may be due to her immunosuppressive treatment combined with the fact that she is missing one kidney. The age of the donated womb may also be a factor. Also, preeclampsia is generally more common among women who have become pregnant through IVF treatment.’

The research team followed the pregnancy closely, carefully monitoring the growth and development of the foetus with a special focus on the blood supply to the uterus and umbilical cord.

‘There were concerns that the blood supply may be compromised since we had reattached the blood vessels to the womb. But we did not notice anything unusual concerning the function of the uterus and the foetus, and the pregnancy followed all normal curves,’ says Brännström.

‘It gives us scientific evidence that the concept of uterus transplantation can be used to treat uterine factor infertility, which up to now has remained the last untreatable form of female infertility. It also shows that transplants with a live donor are possible, including if the donor is past menopause,’ says Brännström.

Several research teams around the world have been awaiting the results of the Gothenburg study in order to launch similar observational studies. The pregnancy attempts are ongoing with the other six women in the project.

Watch the research team talk about the succesful birth: https://www.youtube.com/watch?v=kujArjUSt5A&list=PLF9EB8295A10334D9

Contact:
Mats Brännström, Professor of Obstetrics and Gynaecology at the University of Gothenburg and Chief Physician at the Sahlgrenska University Hospital
mats.brannstrom@obgyn.gu.se

ABOUT THE UTERUS TRANSPLANTATION RESEARCH PROJECT
The uterus transplantation research project at the University of Gothenburg is the world’s first systematic and scientifically based study aimed to find a treatment for women suffering from uterine factor infertility.

The researchers in the project are carefully monitoring several medical, psychological and quality of life-related parameters.

Uterine infertility, which affects over 200,000 European women, is the only form of female infertility that until now has lacked effective treatment.

Two previous experiments with uterine transplants have been performed, in Saudi Arabia in 2000 and in Turkey in 2011. In the first case, the womb from a living donor, had to be removed shortly after the transplant. In the second case, the donor was a brain-dead heart beating young woman. In 2013, the research team in Turkey reported several attempts to reintroduce embryos and two very early pregnancies that ended in miscarriage.

The research project in Gothenburg is funded by grants from a private research foundation, the Jane and Dan Olsson Foundation. 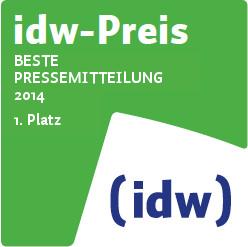 Mats Brännström, Professor of Obstetrics and Gynaecology at the University of Gothenburg 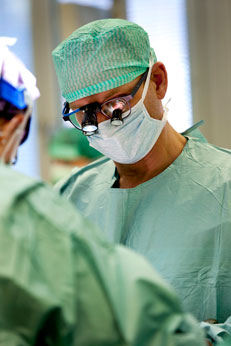