This Wednesday, 12 November 2014, OU space scientists will be waiting with bated breath, both in Milton Keynes and at the European Space Agency (ESA) control centre in Germany, to see the outcome of over twenty years of OU research and a landmark in space science - the world’s first ever attempt to land on a comet.

After 10 years journeying through the solar system, the ESA probe, Rosetta, will deploy its landing craft, Philae, to attempt the first ever soft landing on a comet. The mission is a joint project across a number of European countries including the UK. The OU’s involvement was initially spearheaded by the late Professor Colin Pillinger who was instrumental in getting the proposed Ptolemy device accepted as part of the science payload.

OU researchers have contributed to and developed a number of instruments on board Philae, including Ptolemy which will analyse samples from the comet and tell us what it is made of.

OU scientists and expertise have also contributed to the MUPUS (Multi-Purpose Sensors for Surface and Subsurface Science) instrument, also on Philae and to GIADA (Grain Impact Analyser and Dust Accumulator) on the Rosetta orbiter. MUPUS will be used to monitor the temperature of the comet, whilst GIADA will measure the number, mass, momentum and velocity distribution of dust grains in the near-comet environment.

Professor in Planetary Sciences and Head of the OU’s Department for Physical Sciences, Monica Grady said: “Whatever the outcome on Wednesday, the mission is already a tremendous success and is teaching us so much – not only about comets, but also about what is possible in space science.

“The images taken by the Rosetta orbiter are the closest ever taken, allowing us to learn more about the surface of the comet. In addition to that, here at the OU the technology and expertise developed to create a craft of this type has already delivered significant scientific breakthroughs closer to home.”

If the landing is successful, it will be a significant breakthrough in the scientific community’s knowledge of comets, potentially providing researchers with unprecedented information about the comet's structure and composition. Such information may give invaluable insight into the role comets may have played in the formation in our Earth. Instruments such as Ptolemy will be vital to discovering such things as whether water on the comet bears any chemical resemblance to that found on Earth.

Professor Grady added: "The biggest question that we are trying to get an answer to is: where did life on Earth come from? How did life get going? Was it the building blocks of life that were brought to us from comets or did it get going on Earth? Did the water on Earth come from comets? Are we reliant on these bodies to have brought water to us?"

OU staff, students, alumni and special guests will all be joining the OU’s Rosetta team to watch the landing via ESA’s live feed at a special live screening at the OU’s main campus in Milton Keynes. This event is freely available as a live webcast which anyone can join. To join please go to (the event will go live online a few minutes before the scheduled start at 3pm): http://stadium.open.ac.uk/stadia/preview.php?whichevent=2477&s=1

About The Open University
The Open University (OU) is the largest academic institution in the UK and a world leader in flexible distance learning. Since it began in 1969, the OU has taught more than 1.8 million students and has more than 200,000 current students, including more than 15,000 overseas.

In the UK’s latest Research Assessment Exercise (RAE 2008) The Open University was ranked in the top third of UK higher education institutions. More than 50% of OU research was assessed in the RAE as internationally excellent, with 14% as world leading.

<
The Open University in Milton Keynes
B. Polgar-Stüwe
None

<
The Open University in Milton Keynes
B. Polgar-Stüwe
None

The Open University in Milton Keynes 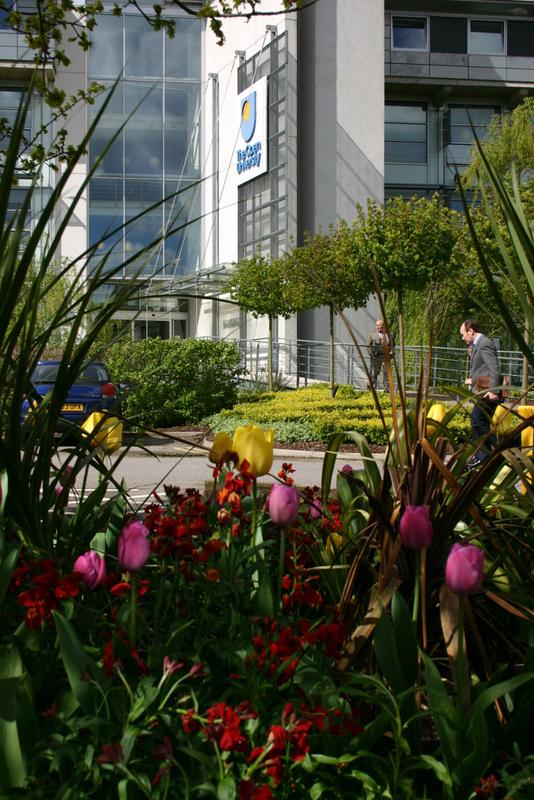