Great success for Roland Mitric: The grant worth Euro 1.5 million allows the professor to pursue his research in energy and charge transfer dynamics in complex molecules and nanostructures. This field of research is relevant for solar technology.

Professor Roland Mitric, Head of the Department of Theoretical Chemistry of the University of Würzburg, receives a renowned award of the European Research Council (ERC). A few days ago, the 39-year-old researcher learnt that he would be awarded a "Consolidator Grant" worth Euro 1.5 million.

The ERC gives the award to "researchers showing great promise". The 1.5 million funding amount will be distributed over the next five years. The money will allow Mitric to hire additional team members and purchase new computer technology.

What is the chemistry professor working on? His research activities ultimately aim to make advances in solar technology to convert light into electricity more efficiently. A theoretician, Mitric does not actually perform experiments with tangible materials. Instead, he models and simulates various processes at the computer.

How do complex molecules function that are capable of "collecting" light energy? How do they absorb, transport and convert energy into electric current? Which processes are important in this context and how can the whole procedure be made more efficient? These are the questions the scientists are seeking to explore using powerful computers and sophisticated simulation programs.

"Our theoretical findings are crucial for our colleagues running the actual experiments," Mitric says. "It allows them to work more selectively on improved materials for energy conversion, because theoretical models are the key to understanding the molecular-energetic processes taking place in a solar cell, for example."

At present, the computer screens in Mitric's team mainly show multi-porphyrin arrays – complex dye molecules interconnected to form larger clusters – as well as tubular J aggregates. The latter are tubular structures that can be arranged to form precise geometrical patterns and can be attached to plasmonic metal nanostructures, for example.

"Until now, we have modelled relatively simple light-collecting molecules," the professor says. He intends to use the money from the ERC grant to extend his research to far more complex systems including nanostructures. Called "plasmon-exciton hybrid" in scientific lingo, they are, for example, metal nanostructures in checkerboard layout combined with tubular dye molecules. Scientists are expect energetic properties from such arrangements that might lead to advances in solar technology.

Born in Ravensburg in 1976, Roland Mitric studied Chemistry and Physics, receiving his doctorate from Humboldt University in Berlin in 2003. His doctoral thesis was already met with great acclaim: It earned him the Adlershofer Award, the Fischer-Nernst Award and the Tibutrius Recognition Prize.

From 2009, Professor Mitrich headed an Emmy Noether Junior Research Group at the Institute for Theoretical Physics of Freie Universität Berlin funded by Deutsche Forschungsgemeinschaft. From there he relocated to the University of Würzburg in 2013 to take up the position of head of the newly established Department of Theoretical Chemistry. 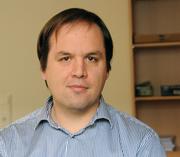 <
A multi porphyrin array to which tiny metal nanoclusters are attached: These and other structures ar ...
(Image: Department of Theoretical Chemistry)
None 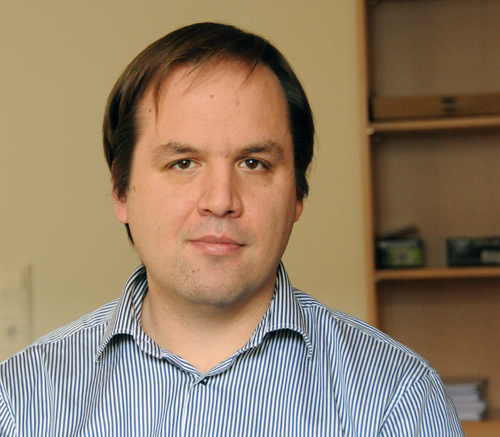 A multi porphyrin array to which tiny metal nanoclusters are attached: These and other structures are the research focus of Roland Mitric. 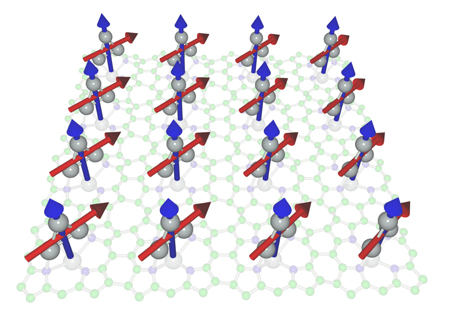