The Fraunhofer Institute for Laser Technology ILT has developed a new laser welding technology for temperature-sensitive cylindrical battery cells that is now ready for series production. Since 2009 the experts from in Aachen, Germany have been working on battery joining – the process of connecting individual cells into packs. They are currently working with other Fraunhofer Institutes to put together a complete battery pack.

The all-important joining process is carried out using fiber lasers with a maximum power output of 1 kW. The method is called oscillation laser welding, a technology that applies a precise energy input to the batteries. It does so by superimposing a circular or swinging oscillation of the laser beam onto the feed movement. This local modulation allows the control of the welding process very successfully. What’s more, it enables the scientists to carry out circular welding on the tops of the batteries.

As the metals are melted during the laser-welding process, a very small area (0.1 to 0.25 mm) is briefly heated to a high temperature, only to rapidly cool again once the welding is over. “Take notebook cells, for instance. Here, we weld very thin steel plates to copper alloys directly over temperature-sensitive plastic,” Benjamin Mehlmann, expert for the metallic materials micro-joining at the Fraunhofer ILT explains. “What makes this possible is that the method is incredibly fast and has a low energy input.” Preferred applications for these round cells include portable computers, power tools (such as electric screwdrivers), and non-standard electric cars (such as the Tesla Roadster). Oscillation laser welding is currently being used to join 4,800 standard cells (each with a diameter of 18 mm and a height of 65 mm) into a battery pack suitable for use in an electric vehicle. The Aachen-based scientists weld the cells in their charged state, which makes safety of paramount importance as the cells contain electrolytes that must not be allowed to leak out.

Fraunhofer ILT is currently in the validation phase of the project, which sees Mehlmann and his team improving the process and making it safe to use. As Mehlmann explains: “It’s an interesting option for SMEs wanting to use the method to develop their own solutions for portable and stationary applications.” Integrating the process into a conventional ribbon bonder is also part of the brief (ribbon bonding is an assembly and joining technology process for bonding metallic ribbon, usually with ultrasound, to electrically connect components). Central to this application is the electrical contact between battery and electronics. This development came about in a publicly funded project that saw Fraunhofer ILT collaborating with F & K Delvotec GmbH, a company based in Ottobrunn. Both parties will be showcasing the prototype at F & K Delvotec GmbH’s booth at the SMT Hybrid Packaging trade fair in Nuremberg, Germany, (May 5 – 7, 2015, Booth 7A-330).

Fraunhofer ILT will be presenting this joint project on April 27-29 at its booth (no. 25) at the Battery Power conference at the Eurogress in Aachen, Germany. 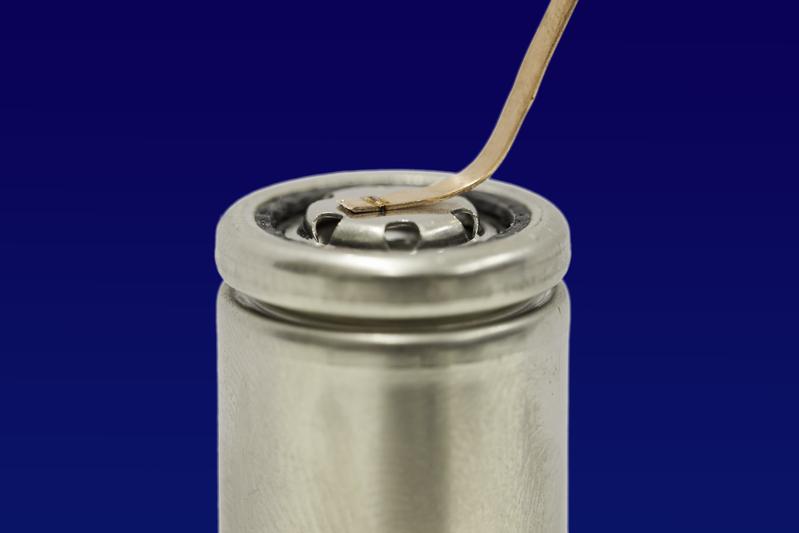