On April 17, Professor Dr. Claudia Felser, a materials scientist from Dresden, was awarded the Tsungming Tu Award for her ground-breaking work on Heusler compounds for spintronics.
The Tsungming Tu Award was established in 2006 by the Ministry of Science and Technology (MOST), Taiwan and is the highest academic honor granted to foreign researchers. This year Professor Dr. Rainer Waser, RWTH Aachen also received a Tsungming Tu Award. The respective work for which the two laureates received their awards are complementary; both awards concern the search for new technologies beyond CMOS.
The awards are named after Dr. Tsungming Tu, a legendary figure in Taiwan’s medical field, who was the first Taiwanese medical doctor and one of the foremost pioneers in medical research, education, and policy. Modeled after Dr. Tu’s lifelong mission of cultivating young talents, the Tsungming Tu Award recognizes and rewards scientists with great achievements in their research fields, hoping that many more scholars will rise to international recognition and continue to contribute their knowledge to the world.
This award was bestowed as part of the "Tsungming Tu - Alexander von Humboldt Research Award program” for the promotion of future research cooperation between the two countries.
MOST awarded each winner US $ 75,000, an award certificate, and a trophy. In addition, the award winners were invited to carry out research projects or academic advisory work in Taiwan. Claudia Felser plans to initiate a research program on one of the most exciting recent developments in the field of spintronics, namely the spin Hall effect, by which charge current is converted to pure spin currents, using Heusler compounds as the spintronic material, in collaboration with her nominator for the award, Dr. Grace Lin, and Prof. Ching-Ray Chang, both from the National Taiwan University (NTU), and Prof. Dr. Stuart Parkin from the Max Planck Institute for Microstructure Physics, Halle. Prof. Felser said that she is very enthusiastic about collaborating with scientists in Taiwan and broadening the collaboration to include the Industrial Technology Research Institute (ITRI). Dr. Lin welcomed the opportunity to contribute to a program that focuses on new materials that are essential to make spintronic memories successful. 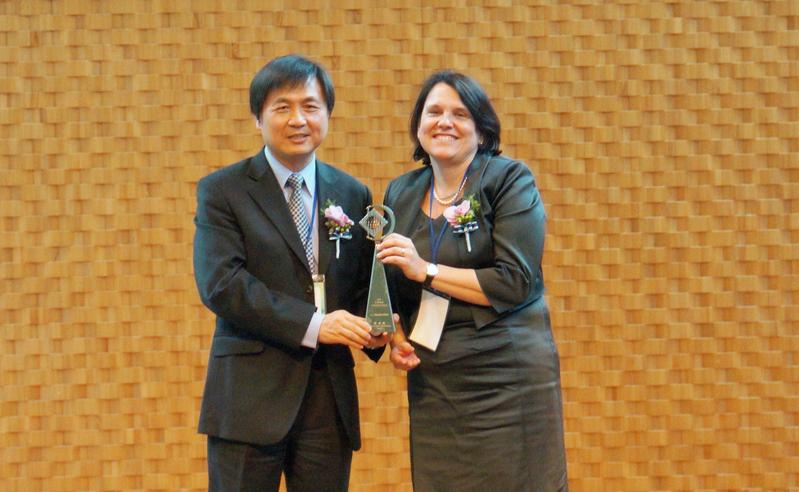 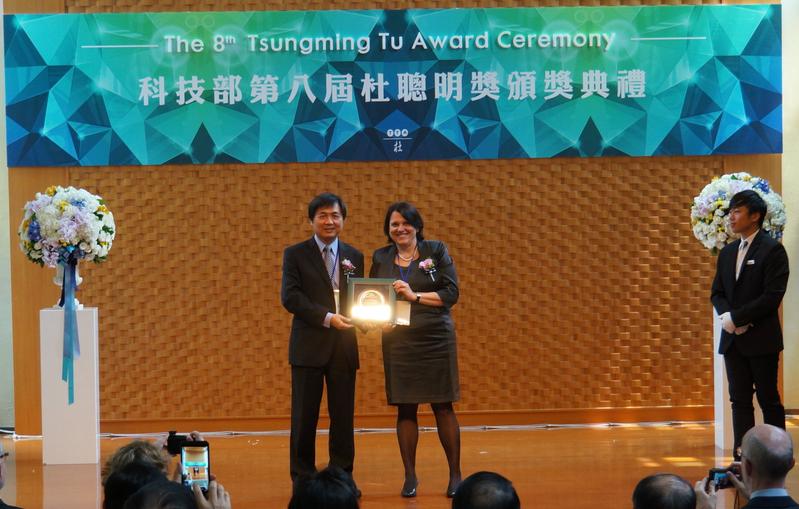