Physicists have developed an innovative method that could enable the efficient use of nanocomponents in electronic circuits. To achieve this, they have developed a layout in which a nanocomponent is connected to two electrical conductors, which uncouple the electrical signal in a highly efficient manner. The scientists at the Department of Physics and the Swiss Nanoscience Institute at the University of Basel have published their results in the scientific journal “Nature Communications” together with their colleagues from ETH Zurich.

Electronic components are becoming smaller and smaller. Components measuring just a few nanometers – the size of around ten atoms – are already being produced in research laboratories. Thanks to miniaturization, numerous electronic components can be placed in restricted spaces, which will boost the performance of electronics even further in the future.

Teams of scientists around the world are investigating how to produce such nanocomponents with the aid of carbon nanotubes. These tubes have unique properties – they offer excellent heat conduction, can withstand strong currents, and are suitable for use as conductors or semiconductors. However, signal transmission between a carbon nanotube and a significantly larger electrical conductor remains problematic as large portions of the electrical signal are lost due to the reflection of part of the signal.

A similar problem occurs with light sources inside a glass object. A large amount of light is reflected by the walls, which means that only a small proportion reaches the outside. This can be countered by using an antireflex coating on the walls.

Led by Professor Christian Schönenberger, scientists in Basel are now taking a similar approach to nanoelectronics. They have developed an antireflex device for electrical signals to reduce the reflection that occurs during transmission from nanocomponents to larger circuits. To do so, they created a special formation of electrical conductors of a certain length, which are coupled with a carbon nanotube. The researchers were therefore able to efficiently uncouple a high-frequency signal from the nanocomponent.

Differences in impedance cause the problem

Coupling nanostructures with significantly larger conductors proved difficult because they have very different impedances. The greater the difference in impedance between two conducting structures, the greater the loss during transmission. The difference between nanocomponents and macroscopic conductors is so great that no signal will be transmitted unless countermeasures are taken. The antireflex device minimizes this effect and adjusts the impedances, leading to efficient coupling. This brings the scientists significantly closer to their goal of using nanocomponents to transmit signals in electronic parts. 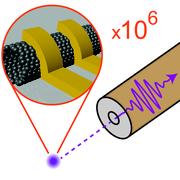 <
The clever arrangement of two electrical conductors around the carbon nanotube leads to an efficient ...
University of Basel, Department of Physics/Swiss Nanoscience Institute
None

The clever arrangement of two electrical conductors around the carbon nanotube leads to an efficient signal transmission between the nanotube and a much larger conductor. 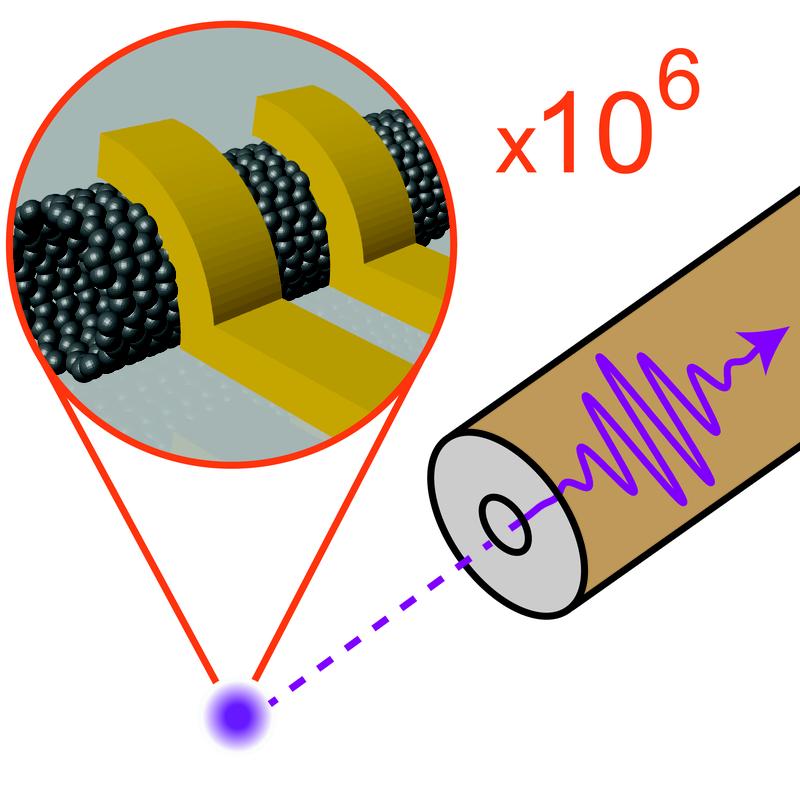