High-performance lithium ion batteries face a major problem: Lithium will eventually start to run out as batteries are deployed in electric cars and stationary storage units. Researchers from Empa and ETH Zurich have now discovered an alternative: the “fool’s gold battery”. It consists of iron, sulfur, sodium and magnesium – all elements that are in plentiful supply. This means that giant storage batteries could be built on the cheap and used stationary in buildings or next to power plants, for instance.

There is an urgent need to search for low-priced batteries to store electricity. Intermittency of green electricity is affecting the power grids, calling for stationary storage units to be connected into a smart grid., Electric cars are of increasing popularity, but are still to explensive. Efficient lithium ion batteries we know are not suitable for large-scale stationary storage of electricity; they are just too expensive precious lithium is too scarce. A cheap alternative is called for – a battery made of inexpensive ingredients that are available in abundance. But electrochemistry is a tricky business: Not everything that’s cheap can be used to make a battery.

Maksym Kovalenko, Marc Walter and their colleagues at Empa’s Laboratory for Thin Films and Photovoltaics have now managed to pull off the unthinkable: by combining a magnesium anode with an electrolyte made of magnesium and sodium ions. Nanocrystals made of pyrite – more commonly known as fool’s gold – serve as the cathode. Pyrite is crystalline iron sulfide. The sodium ions from the electrolyte migrate to the cathode during discharging. When the battery is recharged, the pyrite re-releases the sodium ions. This so-called sodium-magnesium hybrid battery already works in the lab and has several advantages: The magnesium as the anode is far safer than highly flammable lithium. And the test battery in the lab already withstood 40 charging and discharging cycles without compromising its performance, calling for further optimization.
The biggest advantage, however, is the fact that all the ingredients for this kind of battery are easily affordable and in plentiful supply: Iron sulfide nanocrystals, for instance, can be produced by grinding dry metallic iron with sulfur in conventional ball-mills. Iron, magnesium, sodium, and sulfur are amongst hold 4th, 6th, 7th and 15th place by the abundance in the Earth’s crust(by mass). One kilogram of magnesium costs at most four Swiss francs, which makes it 15 times cheaper than lithium. There are also savings to be made when it comes to constructing the cheap batteries: Lithium ion batteries require relatively expensive copper foil to collect and conduct away the electricity. For the fool’s gold battery, however, inexpensive aluminum foil is perfectly sufficient.

The researchers primarily see potential in their development for large network storage batteries. The fool’s gold battery is not suitable for electric cars – its output is too low. But wherever it boils down to costs, safety and environmental friendliness, the technology is a plus. In their paper recently published in the journal Chemistry of Materials, the Empa researchers propose batteries with terawatts of storage capacity. Such a battery might be used to temporarily store the annual production from the Swiss nuclear power station in Leibstadt, for instance. “The battery’s full potential has not been exhausted yet,” says Kovalenko, who teaches as a professor at ETH Zurich’s Department of Chemistry and Applied Biosciences alongside his research at Empa. “If we refine the electrolytes, we’re bound to be able to increase the electric voltage of the sodium-magnesium hybrid cell even further and to extend its cycling life.” He adds: “We also look for investors willing to support research into such post-Li-ion technologies and bring them to the market”. 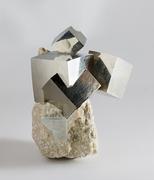 <
The key to success: pyrite (fool’s gold) as a cathode material
JJ Harrison/commons.wikimedia.org
None

<
Pyrite nanocrystals under the electron microscope, which make up the cathode in the fool’s gold batt ...
Empa
None

The key to success: pyrite (fool’s gold) as a cathode material 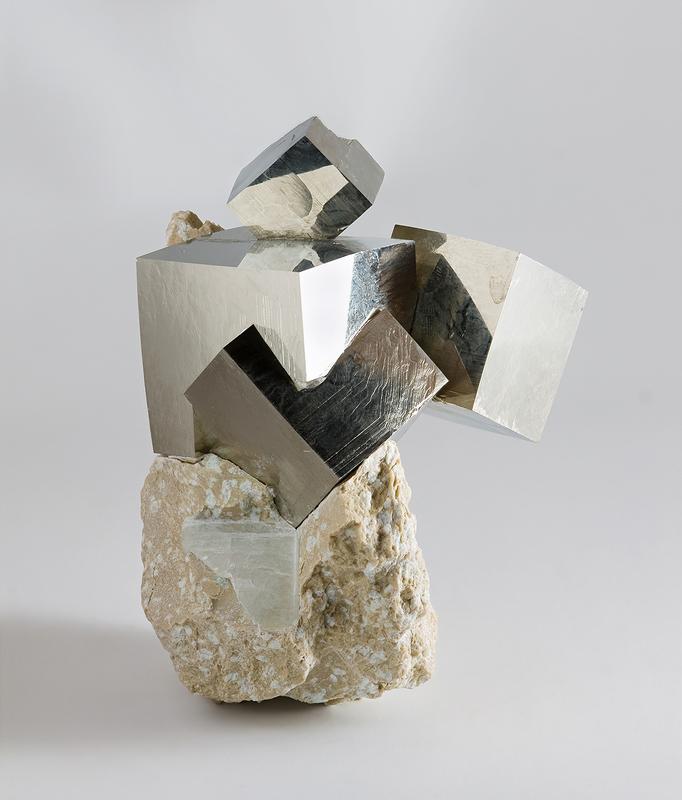 Pyrite nanocrystals under the electron microscope, which make up the cathode in the fool’s gold battery