Dogs get cancer, just like humans. Scientists at the University of Veterinary Medicine, Vienna are now exploring the molecular basis of cancer progression in canine cell lines. Modern cancer therapy has been revolutionized with the introduction of new drugs, so-called ‘targeted drugs’, but the basis for the application of these new agents in cancer therapy is a deep understanding of the molecular mechanisms of the disease, even with pets. Now a research team led by Sabine Macho-Maschler has investigated the activation of genetic regulatory mechanisms in canine cells and found both matches as well as differences compared to man.

Almost every second dog above the age of ten years develops cancer. Modern tumor therapy combines surgery, radiation therapy and novel drug treatment options. While surgery and radiotherapy ensure adequate treatment for all animals at the University of Veterinary Medicine, Vienna, there is a growing gap in the treatment with modern therapeutics. The reason for this is that modern targeted agents are based on specific molecular genetics findings, which are not easy to transfer to dogs from humans or the preferred animal model in cancer research, the mouse. So to make modern cancer drugs also accessible to our four-legged friends requires comparative research into the molecular basis of cancer in dogs.

Molecular causes constitute an important basis for modern treatment concepts
Our understanding of the molecular and cellular causes that are responsible for the development of cancer has grown strongly in recent years. This knowledge aids us in combating cancer cells with a growing number of new drugs. However, since cancer may manifest itself differently in each patient, an extensive molecular study of the existing mutations in cancer cells is an important prerequisite for successful therapy. This is because the targeted agents can only actually help when the cancer cells possess the corresponding molecular structures against which the drug is designed to act. The success of treatment with targeted drugs requires a molecular diagnosis, as basis for the so-called ‘personalized medicine’ in cancer research.

Investigation into the molecular mechanisms of metastasis in canine cells
A research team at the Unit of Molecular Genetics have investigated an important process in the molecular genetics of cancer development in canine cell lines. These cell lines have long been used by researchers to analyze pathological processes and now were analyzed for changes in the expression of several RNA-species using next generation sequencing. "Cancer researchers have been working for many years on the transition of epithelial tumor cells into the more aggressive mesenchymal state. Important gene switches could be identified in this process with potential for use as therapeutic targets: these gene products could be targeted with novel therapeutics”, explained Macho-Maschler, who headed the now published study. Research on epithelial-mesenchymal transition (EMT) has so far mainly focused on cells of mice and humans and showed how certain signaling pathways cooperate to allow cancer cells metastasis. Metastases are formed when the originally sedentary cancer cells obtain certain properties, which allow them to migrate into another organ and to form a new tumor there. “In the majority of cases it is the metastases that cost the patient’s live, as the original tumor can often be well controlled by radiation and surgery," emphasized Mathias Müller, head of the Institute for Animal Breeding and Genetics. "We are interested in what is going on at the molecular level during metastasis, as it is likely that we can use this knowledge for the successful treatment of metastases."

The basis for further research has been laid

The molecular analysis of EMT is considered by researchers as a model for the acquisition of the ability to metastasize. The TGF-beta pathway has for a long time been recognized as a central switch in this process. Macho-Maschler expressed her satisfaction with the many similarities seen in the comparative analysis of results for canine, human and mouse cells. "TGF-beta, for example, also plays an important role in dogs, but there are also interesting variations," reports Macho-Maschler. Her recent BMC Genomics publication is filled with long lists of RNAs that are regulated during EMT. These findings should serve as a basis for further analysis. Macho-Maschler is skeptical as to whether their research can improve the treatment of dogs with cancer in the near future. "Our newly published results are like a catalogue, perhaps an important requirement for new approaches and ideas. Ultimately, we do not even know whether many of the new drugs actually act in canine cells. There are, for example, targeted drugs which act only in humans but not in mice" says Macho-Maschler to dampen unrealistic expectations. In humans, a much more comprehensive catalogue was completed this year; "The Cancer Genome Atlas" makes available to researchers the essential information contained within 11,000 genetically analyzed patient samples (cancergenome.nih.gov). It is an important resource, which enables researchers quickly and reliably to check the frequency of certain genetic changes in a cancer. The catalogue published by Macho-Maschler is naturally not comparable with the TCGA, but it is a first important step in the same direction for canine cancer.

About the University of Veterinary Medicine Vienna
The University of Veterinary Medicine Vienna (Vetmeduni Vienna) is one of the leading veterinary, academic and research facilities in Europe. Its main focus is on the research fields of animal health, food safety, animal husbandry and animal welfare as well as biomedical fundamentals. The Vetmeduni Vienna has 1,300 employees and is currently training 2,300 students. The campus in Floridsdorf, Vienna has five university hospitals and numerous research institutions at its disposal. Two research institutes at Wilhelminenberg, Vienna and a Teaching and Research in Lower Austria also belong to the Vetmeduni Vienna. In 2015, the Vetmeduni Vienna is celebrating the 250th anniversary of its founding. http://www.vetmeduni.ac.at

MDCK (Madin-Darby canine kidney) cell lines derived of an english cocker spaniel are used in cancer research to determine the molecular basis of malignancies in dogs. 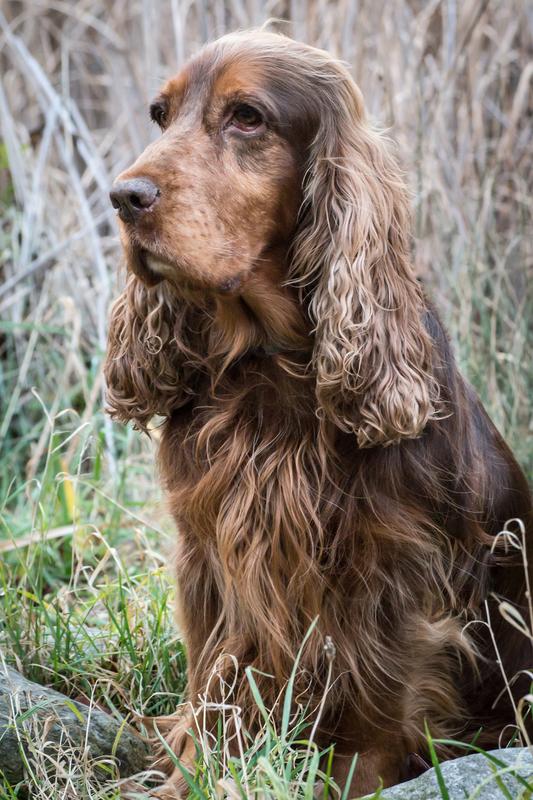