In a study published in this week’s edition of NATURE, scientists from the Research Institutes of Molecular Biotechnology (IMBA) and Molecular Pathology (IMP) in Vienna and from the Harvard Medical School in Boston have identified a long-sought “roadblock factor” in stem cell engineering that prevents the conversion of adult cells into induced pluripotent stem cells. By suppressing this factor, the team discovered a way to erase the memory of cells, which makes it much easier to convert any cell into a stem cell.

Stem cells have the potential to develop into any specialized cell type, which makes them a valuable resource in research and regenerative medicine. Since such pluripotent cells can usually be only found in embryonic tissue prior to implantation, their isolation raises ethical concerns. In 1996, Dolly the sheep proved that genetic information from mature somatic cells can be used to generate pluripotent stem cells that in turn develop into an entire animal. In 2006, the Japanese physician Shinya Yamanaka discovered that somatic cells can be directly “reprogrammed” into a pluripotent state using four stem cell factors. The ability to create these induced pluripotent stem cells (iPS cells) revolutionized stem cell biology and was awarded the Nobel Prize in 2012.

The search for a roadblock-factor

While iPS cells are a powerful resource for biomedical research and tissue engineering, their production typically involves slow and inefficient protocols, which remains a major limitation of this technology. As a possible solution to this problem, researchers have long thought of so-called “roadblock-factors” that prevent the conversion from normal tissue into pluripotent stem cells. However, the precise factors forming this roadblock and their mechanism of action so far are poorly understood.

To search for the missing factor(s), scientists at the Vienna Biocenter (VBC) and Harvard University sought to employ newly developed genetic screening methods. In early 2014, they formed a research team combining unique expertise and experimental reagents: Ulrich Elling and Josef Penninger at IMBA are experts in high-throughput genetic screens and stem cell biology; Johannes Zuber from the IMP has led several successful cancer screens using genetic libraries his team has developed at the VBC; and Konrad Hochedlinger from Harvard University is a world leader in iPS cell reprogramming and, together with his postdoc Sihem Cheloufi, has established unique reagents and assays to study this process.

Cells don’t forget where they come from

As prime candidates in the search for roadblock-factors, the team decided to focus on so-called chromatin regulators - genes that control the packaging and bookmarking of DNA, which is known to underlie the “epigenetic memory” of a cell. “Cells have a certain level of memory,” explains Johannes Zuber. “For example, a skin cell knows it is a skin cell, even after Yamanaka factors have been introduced. We wanted to find out which chromatin factors stabilize this memory and which mechanism prevents iPS cells from forming.” To answer this question, the team established a genetic library targeting 615 known chromatin regulators, and designed a sophisticated screening approach that allowed to test each of these factors.

The results of this screen were striking: Among 615 genes, four factors clearly stood out as top hits. Of those, only one had previously been described as a candidate roadblock. The new hits include CHAF1A and CHAF1B, forming the CAF-1-complex (chromatin assembly factor 1), and UBE2I (ubiquitin-conjugating enzyme E2I). When the researchers thoroughly tested these genes, the effects were stunning: While inhibiting previously described roadblock-genes increases iPSC reprogramming three- to fourfold, losing CAF-1 or UBE2I made this process 50- to 200-fold more efficient. Moreover, in the absence of CAF-1, reprogramming turned out to be much faster: While the process normally takes about nine days, the researchers in Vienna could detect the first iPS cells already after four days.

“The CAF-1 complex ensures that during DNA replication and cell division daughter cells keep their epigenetic memory, which is encoded on the histones that the DNA is wrapped around,” explains Ulrich Elling. “When we block CAF-1, daughter cells fail to wrap their DNA the same way, lose this information, and convert into blank sheets of paper. In this state, they respond more sensitively to signals from the outside, meaning we can manipulate them much more easily.”

In finding CAF-1, the researchers identified a complex that allows cell memory to be erased and rewritten, which is a long-awaited breakthrough for stem cell research. In their study, the team demonstrated how suppression of the CAF-1-complex turns the slow and inefficient production of iPS cells into a straight-forward method. But the significance of this discovery probably goes beyond this important application. The authors speculate that CAF-1 may provide a general key to facilitate the “reprogramming” of cells in scenarios such as tissue damage and disease. As Josef Penninger puts it: “The best-case scenario is that with this insight, we hold a universal key in our hands that will allow us to model cells at will.”

About IMP
The Research Institute of Molecular Pathology (IMP) in Vienna is a basic biomedical research institute largely sponsored by Boehringer Ingelheim. With over 200 scientists from 35 nations, the IMP is committed to scientific discovery of fundamental molecular and cellular mechanisms underlying complex biological phenomena. Research areas include cell and molecular biology, neurobiology, disease mechanisms and computational biology. The IMP is located at the Vienna Biocenter.

About IMBA
The Institute of Molecular Biotechnology (IMBA) is a research institute that conducts basic research in molecular biology. It was founded in 1999 as a 100% subsidiary of the Austrian Academy of Sciences (ÖAW) in the legal form of a limited liability company. Today it is the largest Institute of the ÖAW.In 13 interdisciplinary groups, the researchers at IMBA focus on stem cell biology and investigate cellular processes like RNA interference, cell division and epigenetics. Potential fields of application include major disease areas such as inflammation, autoimmune disorders, cardiovascular and neurodegenerative diseases, and cancer.

Illustrations
An illustration to accompany this press release can be downloaded from the IMP-Website:
www.imp.ac.at/pressefoto-CAF1

<
The CAF-1 complex preserves the identity of cells. Suppression of CAF-1 erases the memory of cells a ...
IMP-IMBA
None

The CAF-1 complex preserves the identity of cells. Suppression of CAF-1 erases the memory of cells and makes them susceptible to reprogramming into pluripotent stem cells. 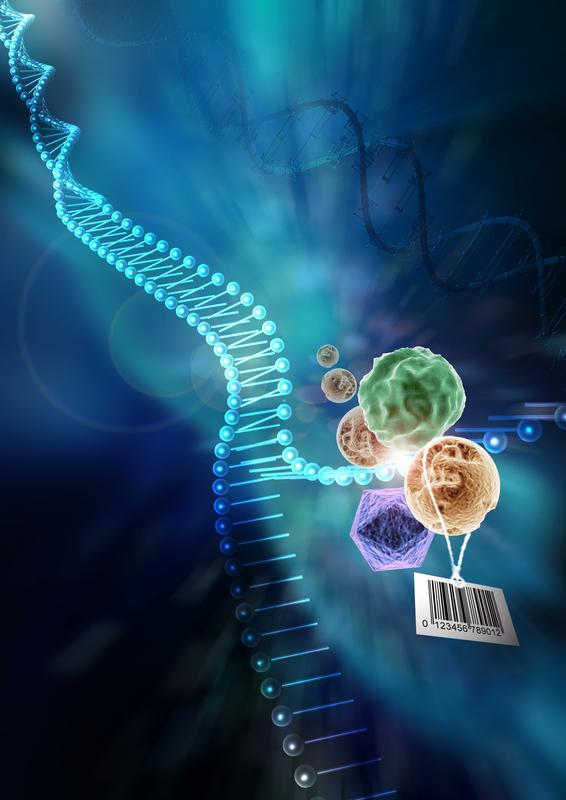