King Kong was inflexible-The giant ape went extinct 100000 years ago, due to its inability to adapt

Tübingen/Frankfurt, 01/04/2016. Scientists from the Senckenberg Center for Human Evolution and Palaeoenvironment in Tübingen and from the Senckenberg Research Institute in Frankfurt examined the demise of the giant ape Gigantopithecus. In their study, published recently in the scientific journal “Quaternary International,” they reach the conclusion that the presumably largest apes in geological history died due to their insufficient adaptability. Analyses of fossil tooth enamel show that the primates were restricted to forested habitats.

It is well documented that the giant ape Gigantopithecus was huge – but beyond this fact, there are many uncertainties regarding the extinct ancestor of the orangutan. Size indications vary from 1.8 to 3 meters, and weight estimates between 200 and 500 kilograms. And there are various theories regarding its diet as well: Some scientists assume a strictly vegetarian lifestyle, while others consider the ape a meat eater, and a few believe that its diet was exclusively limited to bamboo. “Unfortunately, there are very few fossil finds of Gigantopithecus – only a few large teeth and bones from the lower mandible are known,” explains Prof. Dr. Hervé Bocherens of the Senckenberg Center for Human Evolution and Palaeoenvironment (HEP) at the University of Tübingen, and he continues, “But now, we were able to shed a little light on the obscure history of this primate.”

Together with his colleagues from the Senckenberg Research Institute, Prof. Dr. Friedmann Schrenk and PD Dr. Ottmar Kullmer, as well as other international scientists, the biogeologist from Tübingen examined the fossil giant ape’s tooth enamel in order to make inferences on its diet and to define potential factors for its extinction. “Our results indicate that the large primates only lived in the forest and obtained their food from this habitat,” explains Bocherens, and he adds, “Gigantopithecus was an exclusive vegetarian, but it did not specialize on bamboo.”

The team of researchers studied stable carbon isotopes in the tooth enamel of the large primates – which are able to reveal information about the animals’ dietary habits even after several million years. The examined teeth came from China and Thailand – among them the first record of Gigantopithecus, which was discovered by paleoanthropologist Gustav Heinrich Ralph von Koenigswald in 1935 among a collection of fossils from a Chinese pharmacy. The results show that the giant ape’s habitat was restricted to forested areas – even though the ape was presumably too heavy to climb trees. This was the case both in China and Thailand, where open savannas would have been available in addition to the wooded landscapes.

“In order to be able to comprehend the evolutionary history of primates, it is important to take a look at their diet,” explains Bocherens, and he adds, “Our results also contribute to a better understanding of the reasons that led to the giant ape’s extinction.”
Bocherens and his colleagues work on the assumption that Gigantopithecus’s size, in connection with its restriction to one habitat type, doomed the giant apes. “Relatives of the giant ape, such as the recent orangutan, have been able to survive despite their specialization on a certain habitat. However, orangutans have a slow metabolism and are able to survive on limited food. Due to its size, Gigantopithecus presumably depended on a large amount of food. When during the Pleistocene era more and more forested areas turned into savanna landscapes, there was simply an insufficient food supply for the giant ape,” concludes the scientist from Tübingen.


To study and understand nature with its limitless diversity of living creatures and to preserve and manage it in a sustainable fashion as the basis of life for future generations – this has been the goal of the Senckenberg Gesellschaft für Naturforschung (Senckenberg Nature Research Society) for almost 200 years. This integrative “geobiodiversity research” and the dissemination of research and science are among Senckenberg’s main tasks. Three nature museums in Frankfurt, Görlitz and Dresden display the diversity of life and the earth’s development over millions of years. The Senckenberg Nature Research Society is a member of the Leibniz Association. The Senckenberg Nature Museum in Frankfurt am Main is supported by the City of Frankfurt am Main as well as numerous other partners. Additional information can be found at www.senckenberg.de.

The University of Tübingen

Innovative. Interdisciplinary. International. Since its foundation, the University of Tübingen has encompassed these guiding principles in its research and teaching. For more than five centuries, the University of Tübingen has attracted great minds, both from Europe as well as internationally. Time and again, it initiated and effected important new developments in the humanities and natural sciences, in medicine and social science. Tübingen is among the global leaders in the field of neuro-sciences. Along with medical imaging, translational immunology and cancer research, microbiology and infection research as well as molecular biology of plants, this defines Tübingen’s research focus in the field of life sciences. Additional focal points are geological and environmental research; astro-, particle and quantum physics; archeology and anthropology; language and cognition; as well as education and media. The University of Tübingen is among the eleven German universities that were awarded the title “excellent.” It regularly occupies top positions in national and international rankings. In recent decades, this attractive and highly innovative research environment has attracted a number of non-university research institutions and young, ambitious companies with which the university has established a close cooperation. Through a tight interlinking of research and teaching, the University of Tübingen offers ideal conditions for those who come to study here. More than 28,000 students from across the globe are currently matriculated at the University of Tübingen. A wide spectrum of approximately 300 study programs is available to them – from Egyptology to the cellular neuro-sciences.

<
Estimated size of Giganthopithecus in comparison with a human.
© H. Bocherens
None

Estimated size of Giganthopithecus in comparison with a human. 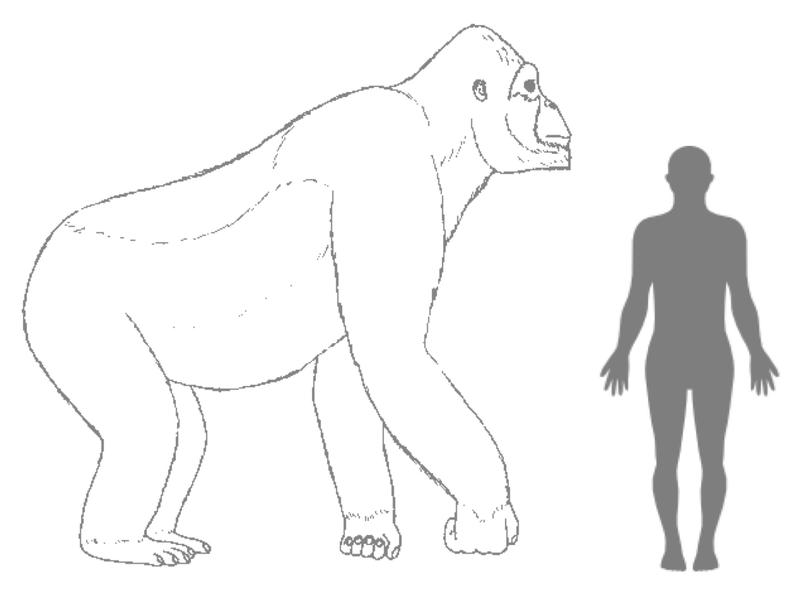 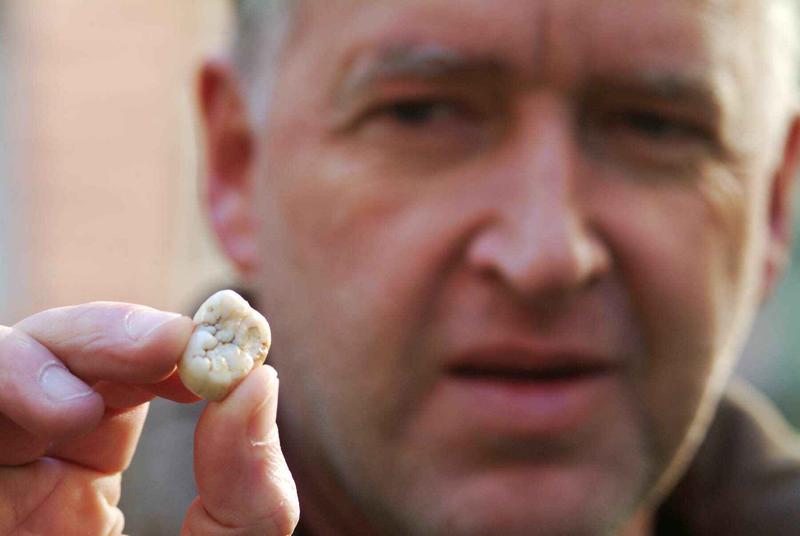